How much does it cost to travel to Valletta?

How much money will you need for your trip to Valletta? You should plan to spend around €77 ($85) per day on your vacation in Valletta, which is the average daily price based on the expenses of other visitors. Past travelers have spent, on average, €22 ($25) on meals for one day and €6.86 ($7.61) on local transportation. Also, the average hotel price in Valletta for a couple is €97 ($108). So, a trip to Valletta for two people for one week costs on average €1,077 ($1,195). All of these average travel prices have been collected from other travelers to help you plan your own travel budget.

A vacation to Valletta for one week usually costs around €539 for one person. So, a trip to Valletta for two people costs around €1,077 for one week. A trip for two weeks for two people costs €2,154 in Valletta. If you're traveling as a family of three or four people, the price person often goes down because kid's tickets are cheaper and hotel rooms can be shared. If you travel slower over a longer period of time then your daily budget will also go down. Two people traveling together for one month in Valletta can often have a lower daily budget per person than one person traveling alone for one week.


How expensive is Valletta?

How much does a trip to Valletta cost? Is Valletta expensive? The average Valletta trip cost is broken down by category here. All of these Valletta prices are calculated from the budgets of real travelers.

While meal prices in Valletta can vary, the average cost of food in Valletta is €22 per day. Based on the spending habits of previous travelers, when dining out an average meal in Valletta should cost around €9 per person. Breakfast prices are usually a little cheaper than lunch or dinner. The price of food in sit-down restaurants in Valletta is often higher than fast food prices or street food prices.

How much does it cost to go to Valletta? Naturally, it depends on the dates. We recommend SkyScanner because they can find the best deals across all of the airlines.


Find a hostel, guesthouse, or B&B in Valletta

Valletta On a Budget 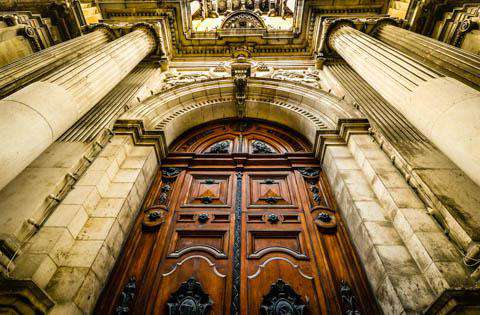 Valletta, Malta
A harbor city and the capital city of the island of Malta, Valletta dates back to the 16th-century with a preserved architectural heritage that earned the city a place on the UNESCO World Heritage List. It is best known for its museums, palaces, and churches.

One of the most sought after sights in the city is the Baroque St. John's Co-Cathedral, whose interior is incredibly ornate. The barrel-shaped ceiling is painted with fresco artwork, while the floor is inlaid with colorful marble inlay, indicating the tombs of knights down below. The church is also famously home to the Caravaggio masterpiece "The Beheading of Saint John." Caravaggio himself was briefly a Knight and his famous work is housed in the Cathedral Museum. Another impressive sight is the Grandmaster’s Palace, built between the 16th-18th centuries as the palace of the Grand Master of the Order of St. John, who ruled Malta. Today it houses the Knight's armory, and can be visited with audio tours available.

There are also a number of impressive outdoor attractions, like the Grand Harbor which has served as Malta's main fortified marine gateway for more than 2,000 years, and the Upper Barrakka Gardens which offers great views of the harbor from a public square and gardens with a cafe. The Lower Barrakka Gardens are also impressive, offering a public park setting complete with monuments, sculptures, flowers, and sweeping views of the harbor and sea.

The old waterfront Fort Saint Elmo houses the National War Museum, which exhibits from the Bronze Age through World War II. The 16th-century palace, Casa Rocca Piccola, offers an example of noble Maltese family's typical home. Daily guided tours are available to see the many ornate rooms of the residence. Also housed in a Baroque 16th-cenutry structure is the National Museum of Archaeology, which showcases prehistoric Maltese artifacts, weapons, and sculptures.

Other notable sights and attractions include the 17th-century The Manoel Theatre which serves as a performing arts venue, the National Library which houses the entire archives of the Knights of St. John, the 16th-century The Sacra Infermeria hospital, the National Museum of Fine Art, and the St. James Cavalier Fortress.

Valetta is situated on a peninsula that is only a couple of kilometers in length. It is best navigated on foot, but being built on a ridge, much of the city requires some navigation up and down steep stairways. Most of the main tourist attractions, however, are located along the main street (Triq ir-Republika), which does not involve steep hills. Triq ir-Republika, also known as Republic Street, is a busy pedestrian zone leading down the middle of the peninsula from the main gate down to Republic square. There are plenty of shops and cafes along this street and in the square, as well as a daily market on the nearby Triq il-Merkanti, or Merchants Street. Another hub for activity is the Valletta Waterfront, which consists of converted 1700s port warehouses featuring global restaurants, bars, and views of cruise ship activity.

Valletta has enough history and culture to explore for weeks, with architectural treasures at every corner. Guided tours are available at most of the popular locations. Visitors can also get a good historical background of the city by attending the Malta Experience, which gives a good introduction to the city's history and culture. Don't forget to enjoy the refreshing sea breeze and views of the harbor as well.

Having to import most of its foodstuffs, Malta has a cuisine that is largely influenced by Sicily and other nearby nationalities, including English, Spanish, French, Maghrebin, Provencal, and other Mediterranean destinations. The traditional Maltese stewed rabbit (fenek) is considered to be the national dish, and even has historic value as it likely started off as a form of symbolic resistance to the hunting restrictions imposed by the Knights of St John, which were lifted in the 18th century. Pork is also widely used-grilled, stuffed, in traditional Maltese sausages, and added to certain dishes like kawlata (a vegetable soup) and ross il-forn (baked rice). Dishes vary greatly depending on the regions, but a few other common ingredients include flatbreads, fish, snails, artichoke, fritters, cheeses, olives, anchovies, and a variety of vegetables. In Valletta, visitors will find a wide variety of restaurants, even popular chains and fast food options.

Car Rental Prices
Compare prices across all major rental companies:
Malta International Airport is the only airport in Malta, serving the whole of the Maltese Islands. It is located southwest of Valletta in the town of Luqa, and is primarily served by Air Malta and Ryanair with seasonal services by Aegean Airlines, Air France, and many others. There is also a ferry service from Pozzallo on Sicily, Italy.

Valletta itself is the hub for bus transportation to other parts of the island.

Train and Bus Prices
The best prices for buses and trains in Malta can be found on Omio (formerly GoEuro). They let you search across all train, bus, and plane routes throughout Europe.

The Palace of the Grandmasters

By backpackguru in Entertainment
Built in 1571, the Palace of the Grandmasters has a lot of history. Starting in 1800 it was the home of the British governors, but today it serves as the Presidential Office and Malta's Parliament house. You can visit parts of the palace, beginning with the Tapestry Chamber. The walls here are decorated with Gobelin tapestries that are beautiful to see. The most grand room you visit is the Hall of Saint Michael and Saint George. In it there are twelve frescos that illustrate the 1565 Siege of Malta.

You can visit the palace any day with the exception of Thursdays or when Parlament meetings are in session. If you've booked a day tour to Valletta, confirm that this palace is included in the tour as it definitely is a must see.