How much does it cost to travel to Sweden?

How much money will you need for your trip to Sweden? You should plan to spend around kr472 ($54) per day on your vacation in Sweden, which is the average daily price based on the expenses of other visitors. Past travelers have spent, on average, kr113 ($13) on meals for one day and kr67 ($7.62) on local transportation. Also, the average hotel price in Sweden for a couple is kr467 ($53). So, a trip to Sweden for two people for one week costs on average kr6,611 ($756). All of these average travel prices have been collected from other travelers to help you plan your own travel budget.

A vacation to Sweden for one week usually costs around kr3,306 for one person. So, a trip to Sweden for two people costs around kr6,611 for one week. A trip for two weeks for two people costs kr13,223 in Sweden. If you're traveling as a family of three or four people, the price person often goes down because kid's tickets are cheaper and hotel rooms can be shared. If you travel slower over a longer period of time then your daily budget will also go down. Two people traveling together for one month in Sweden can often have a lower daily budget per person than one person traveling alone for one week.


How expensive is Sweden?

How much does a trip to Sweden cost? Is Sweden expensive? The average Sweden trip cost is broken down by category here. All of these Sweden prices are calculated from the budgets of real travelers.

While meal prices in Sweden can vary, the average cost of food in Sweden is kr113 per day. Based on the spending habits of previous travelers, when dining out an average meal in Sweden should cost around kr45 per person. Breakfast prices are usually a little cheaper than lunch or dinner. The price of food in sit-down restaurants in Sweden is often higher than fast food prices or street food prices.

The cost of a taxi ride in Sweden is significantly more than public transportation. On average, past travelers have spent kr67 per person, per day, on local transportation in Sweden.

Find a hostel, guesthouse, or B&B in Sweden

How much money do I need for Sweden?

How much do tours to Sweden cost? Multi-day tours can often be an effecient way to see the highlights of a country or region.

How much does it cost to go to Sweden? Naturally, it depends on the dates. We recommend SkyScanner because they can find the best deals across all of the airlines.

Denmark vs. Sweden: Travel CostsThe Best Hostels in Scandinavia for Backpackers and StudentsStockholmGothenburgMalmoUppsala

Sweden On a Budget

Stockholm
Sweden is the largest of the Nordic countries in Northern Europe. Although up until the 17th century it was a very strong military power, for the last couple of hundred years, Sweden has proudly remained neutral in all military conflicts. It is a very peaceful country, with friendly and welcoming people that are eager to show you their country and culture.

Sweden has a comfortable summer and harsh winters. While most tourists head to Sweden during the pleasant summer months, if you do find yourself in Stockholm during the winter you can be assured that there are plenty of bars where you can pass the cold winter evenings. is a bustling city with plenty of bars to pass the cold winter evenings. During the summer months camping is a popular way to vacation throughout the country. International tourists and Swedes alike head into the countryside to enjoy a pleasant evening under the stars.

Although Sweden is a relatively large country, most visitors spend the bulk of there time in the southern region which has most of the popular cities and tourist sights. Distances between destinations in the south is relatively short so there is little need to take a domestic flight unless you are very short on time. Regardless, transportation in Sweden is quite expensive. There is an extensive train system that travels throughout the country. The best way to ensure you get a good deal is to book your tickets well in advance. Buses are a slightly cheaper alternative, particularly if you qualify for the youth discount.

Traditional Swedish cuisine is very hearty, taking into account the cold climate. Meatballs, hash, soup, and pickled herrings are some common staples. Restaurants can be somewhat expensive throughout Sweden. Your cheapest options will be the pizza and kebab restaurants that are common place throughout the larger cities. Coffee drinking is also a popular activity in Sweden. Many people pass the time sipping coffee in the cafes that are ubiquitous in most cities. The cafes often a wonderful social setting where you can chat and interact with friends or family. The coffee itself is actually much stronger than the American variety. You can also find most Italian varieties in most cafes throughout the country.

Lake Siljan: This lake is a popular vacation spot for Swedes in the summer. It's in the middle of the country in the Dalarna area and is the focus of much folklore and tradition. Although it's only the sixth largest lake in the country, it still see a high number of visitors every year.
Vasamuseet:This is an incredible wooden sea ship that sunk in the 1600s and has since been recovered and restored. Located on the island of Djurgarden in Stockholm, it's housed in an impressive museum that opened in 1990.
Falu Kopparbergsgruva: This is a historic copper mine from the 17th century that had a major impact on the Sweden economy. It is now a UNESCO World Heritage Site.

Swedish Meatballs: A Swedish staple, meatballs are served with a creamy gravy and a fruit jam. They're available in most restaurants, particularly those that offer traditional Swedish dishes.
Blabarssoppa: This is a traditional Swedish drink that is made from bilberries. It can be served either warm or cold and is usually thickened slightly with a starch. Bilberries are a fruit that grow in the wild throughout Scandinavia. The word is literally translated to mean "blueberry" although the actual fruit is not a blueberry.
Kroppkakor: This is a potato dumpling that is stuffed with pork and onions. It is most common in the southern regions of Sweden where it is served with butter, cream and lingonberry jam. 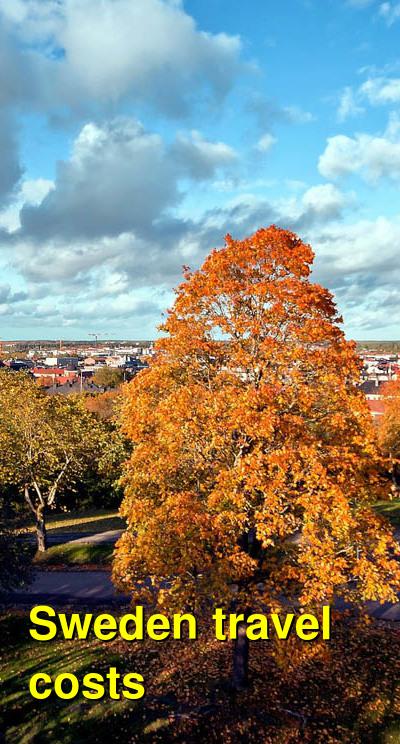 By backpackguru in Intercity Transportation
The main two bus lines that run throughout the southern part of Sweden are Swebus and Gobybus. Y-buss and Harjedalingen are the options between Stockholm and Norrland. Buses are generally the best option for getting around the country because they are cheaper, more often, and faster. Do check the schedules and timetables though to insure you're making the best decision.