Which city should you visit? Read on to compare the prices of travel for Grand Canyon National Park and Death Valley National Park. We’ll break down costs for accommodation, food, transportation and more to help you learn more about these two destinations. Then, you can figure out if either of these two places are accessible based on your travel budget. So, let's dig into it.

With over 3.4 million acres of desert and mountains, the sights of Death Valley encompass sweeping viewpoints, scenic drives, dunes, craters, and colors that change with the course of the sun. Historically, a few Native American cultures are known to have lived in the area, mostly nomadic. The first Europeans to stumble upon the area were a group drawn by the California Gold Rush. Forced to abandon their wagons, they were eventually able to hike out of the valley. Upon leaving, one traveler called it Death Valley and the name stuck.

Death Valley National Park's average price for two people sharing a typical double-occupancy hotel room is $58. A typical place to stay for one person, per day is $29.

While taxis and private drivers typically cost much more than public transportation, people usually spend around $33 per day to get around in Death Valley National Park.

Prices for flights to both Death Valley National Park and Grand Canyon National Park change regularly based on dates and travel demand. We suggest you find the best prices for your next trip on Kayak, because you can compare the cost of flights across multiple airlines for your prefered dates.

The price of a meal in Death Valley National Park can vary widely. However, the average price for food per day is $16 per person, and a typical meal will cost around $6.40 based on the spending of previous visitors. Less expensive dining options can be found by eating street food or at fast food restaurants.

Activities, things to do, and other forms of entertainment usually cost around $29 per person, per day in Death Valley National Park. This cost includes the price of admission tickets to attractions and museums as well as daily tours.

The average person spends about $6.86 on alcoholic beverages in Death Valley National Park per day. The more you spend on alcohol, the more fun you might be having despite your higher budget. 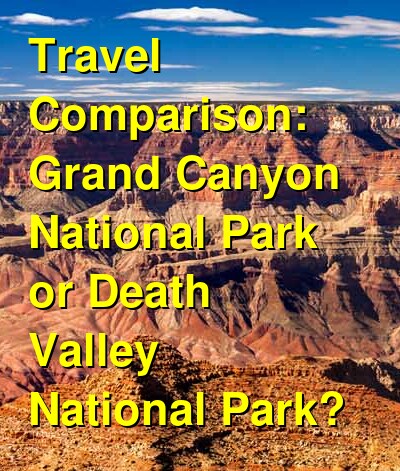