Should I visit Olympic National Park or Yellowstone National Park? This is a common question asked by many travelers. By figuring out which city has activities that align with your interests along with knowing which is more affordable, you'll understand where you can get more bang for your buck. So, let's dive into the details and the data, which all comes from actual travelers.

The world's first national park, Yellowstone National Park was established in 1872. The area is famous for its many geysers, hot springs, and thermal areas. It also has a wide diversity of wildlife and stunning beauty, making it one of the most impressive places you can visit in the United States. The national park takes up an area of about 3,472 square miles and is mostly located within the state of Wyoming. It also touches the states of Idaho and Montana.

Prices for flights to both Yellowstone National Park and Olympic National Park change regularly based on dates and travel demand. We suggest you find the best prices for your next trip on Kayak, because you can compare the cost of flights across multiple airlines for your prefered dates. 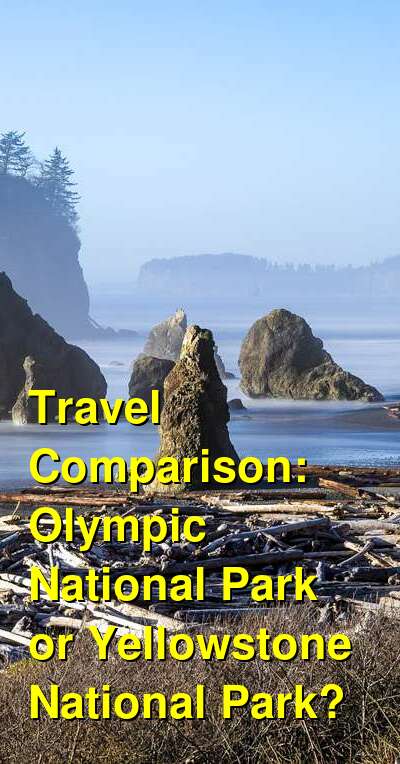