Should I visit Yosemite National Park or Zion National Park? This is a common question asked by many travelers. By figuring out which city has activities that align with your interests along with knowing which is more affordable, you'll understand where you can get more bang for your buck. So, let's dive into the details and the data, which all comes from actual travelers.

Grab your backpack, water bottle and protein bar and prepare yourself for the most humbling and awe-inspiring sights you'll likely ever see. Zion National Park in southern Utah is a favorite for hikers, backpackers and climbers around the world. With the red and white cliffs of Zion Canyon rising high over the Virgin River, meadows of wildflowers, hanging gardens and high plateaus, you'll be hard pressed to find more breathtaking views in the US.

Some specific examples of transportation prices in Zion National Park:

Prices for flights to both Zion National Park and Yosemite National Park change regularly based on dates and travel demand. We suggest you find the best prices for your next trip on Kayak, because you can compare the cost of flights across multiple airlines for your prefered dates.

When comparing the travel costs between Yosemite National Park and Zion National Park, we can see that Yosemite National Park is more expensive. However, the two cities are actually relatively comparable in price, as the difference is somewhat minimal. Generally, this means that you could travel with generally the same travel style and level of luxury in each place. Since both cities are in North America, it's no surprise that their costs are relatively close, as many destinations here have somewhat similar travel prices overall. 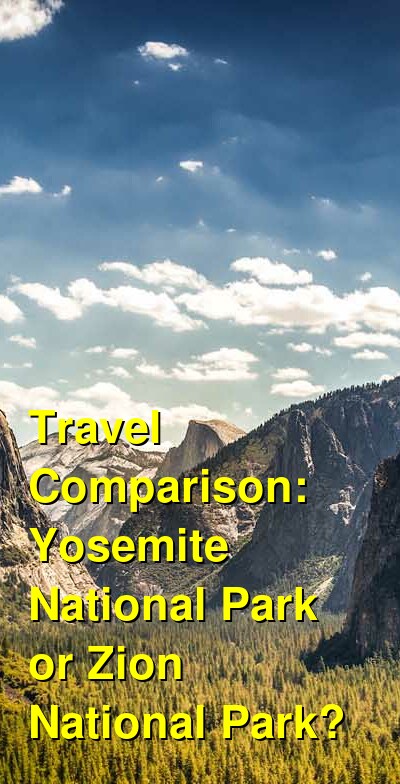