New York City is full of reasons to visit, and it only gets better at New Year's. It is the epicenter of the arts, the dining and shopping capital, and a trendsetter. New York City wears many crowns, and spreads an irresistible feast for all. You'll find museums devoted to everything. The Met, MoMA and the Guggenheim are just the beginning of a dizzying list of museum icons. And the nightlife in New York can't be beat. When the sun sinks slowly beyond the Hudson and luminous skyscrapers light up the night, New York transforms into one grand stage. Well-known actors take to the legendary theaters of Broadway as world-class soloists, dancers and musicians perform at venues large and small across town. Whether high culture or low, New York embraces it all: in-your-face rock shows at Williamsburg dives, lavish opera productions at the Lincoln Center, and everything in between. The city has an array of cuisine options from the gourmet food-truck scene to NYC's 20,000-plus more traditional sit-down restaurants. And all of this is just on your average weekday, but things get even more exciting here on New Year's Eve. New York City is a classic destination for New Year's Eve, with amazing parties, dinners, and even the opportunity to watch the New Year's Eve Ball Drop live in Times Square. Whether you're looking for a big party, a fancy, intimate dinner or something entirely different, there's plenty to do for a New Year's Eve celebration in New York City, and there are even several tour options to help you make the most of it.

NYC New Year's in a Hotel

by Topdeck
$1233
4 days
Ring in the New Year in style on this 4 day tour from the comfort and warmth of a New York City venue, and watch the famed 'ball' descend from Times Square on the TV screen. With dinner and club entry included, you can experience New Year's Eve in New York-style on this unforgettable, four-day festive escape with hotel accommodations. Go on, make memories to last a lifetime. Make like a local and board the Staten Island ferry for glimpses of the Statue of Liberty and Ellis Island. Then explore the Big Apple. Armed with a 7-day Metro Pass, the city is your oyster. Go ice skating in Central Park, ponder at the Guggenheim or stroll the High Line. Party hard at the New Year's epicenter of the universe where you'll be front and center. Enjoy a New Year's Eve dinner, nightclub entry, and open bar to celebrate in style. Enjoy another day of exploring the city and feel like Rockefeller himself atop the One World Observatory Tower-the tallest tower in the Western Hemisphere before your tour comes an end on the following day.

by Trek America
$2027
11 days
Start and end in New York City with an 11 day tour package taking you through New York City and 6 other destinations in North America. This tour includes accommodation, an expert guide, transport, and more. Experience four of the most exciting cities in North America, with Christmas in Canada and New Year's Eve in the heart of New York City's Times Square. This is the festive season at its best! Head out of New York to Niagara Falls and spend Christmas in Montreal where you'll embrace the festivities and the city's European flair. Be met with a snowy wonderland as you arrive in Vermont, before hitting the famous Freedom Trail and enjoying the awesome nightlife of Boston. Celebrate another incredible year with fireworks and a New Year's Eve party like no other in the 'Big Apple'.

by Contiki
$1215
4 days
Start and end in New York City with this 4 day tour package of New York City. Accommodation in a hotel, an expert guide, meals, transport and more are all included with your tour package. Celebrate a New York New Years in Time Square, what many consider the 'Center of the Universe'. Get a chance to take in everything New York has to offer, as you'll go sightseeing the day before the New Year's event. See the Statute of Liberty, take a walk in Central Park, shop till you drop along Fifth Avenue, and experience New York's crazy nightlife. See the USA's economic heart on Wall Street and the famous stock exchange NYSE. You'll see Museum Row, which includes some of the world's most prestigious museums like the Metropolitan Museum of Art and the Guggenheim Museum. Check out the towering Rockefeller center, which took 70 000 workers to build, the gothic St Patrick's Cathedral and the exclusive jewelry store, Tiffany's before making a sobering stop at the World Trade Center Site, where the Twin Towers once stood. Cruise out to one of the world's most recognizable icons, the Statue of Liberty. Get a chance to see and do it all while also having the change to bring in the New Year in New York-Time Square style.

by Topdeck
$775
4 days
Enjoy a 4 day tour of this exciting city with included accommodations in New York hostels. Ring in the New Year in style from the comfort and warmth of a New York City venue, and watch the 'ball' descend from Times Square on the TV screen. Experience New Year's Eve in New York style on this four day tour with dinner and club entry included. Board the Staten Island ferry for glimpses of the Statue of Liberty and Ellis Island. Explore the other main attractions of the Big Apple. Receive a 7-day Metro Pass to help you get from place to place and not miss anything. Go for a stroll in Central Park, admire works at the MOMA or go ice skating at Rockefeller Center. Bring the New Year in right at the New Year's epicenter of the universe where you'll be front and center in the party. Relish a New Year's Eve dinner and enjoy nightclub entry with an open bar to celebrate in style. Enjoy another day of exploring the city and take in the scenic view atop the One World Observatory Tower-the tallest tower in the Western Hemisphere before your tour comes an end on the following day.

Budget Your Trip is all about finding out how much everything costs so that you can travel cheaper and longer. With average daily travel costs that are calculated from the budgets of real travelers, you can find out how much money you need to plan your next adventure. On this website you can also find travel advice, tour information, accommodation reviews, and activity suggestions for thousands of destinations around the world.
About BudgetYourTrip.com
Christmas Tours in the USA and Canada 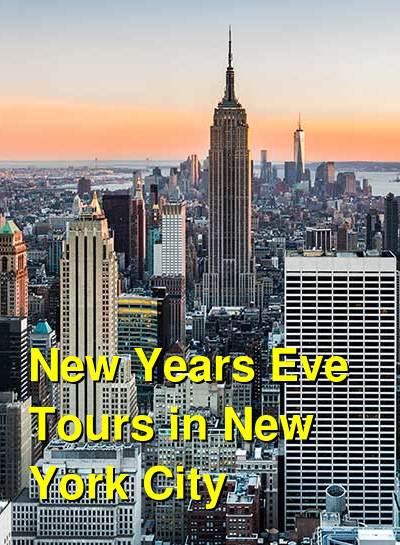