How much does it cost to travel to Botswana?

How much money will you need for your trip to Botswana? You should plan to spend around P288 ($25) per day on your vacation in Botswana, which is the average daily price based on the expenses of other visitors. Past travelers have spent, on average, P75 ($6.62) on meals for one day and P20 ($1.80) on local transportation. Also, the average hotel price in Botswana for a couple is P286 ($25). So, a trip to Botswana for two people for one week costs on average P4,032 ($357). All of these average travel prices have been collected from other travelers to help you plan your own travel budget.

A vacation to Botswana for one week usually costs around P2,016 for one person. So, a trip to Botswana for two people costs around P4,032 for one week. A trip for two weeks for two people costs P8,064 in Botswana. If you're traveling as a family of three or four people, the price person often goes down because kid's tickets are cheaper and hotel rooms can be shared. If you travel slower over a longer period of time then your daily budget will also go down. Two people traveling together for one month in Botswana can often have a lower daily budget per person than one person traveling alone for one week.


How expensive is Botswana? How much money do I need for Botswana?

How much does a trip to Botswana cost? Is Botswana expensive? The average Botswana trip cost is broken down by category here. All of these Botswana prices are calculated from the budgets of real travelers.

Find a hostel, guesthouse, or B&B in Botswana

How much does it cost to go to Botswana? Naturally, it depends on the dates. We recommend SkyScanner or Kayak because they can find the best deals across all airlines.

Botswana On a Budget 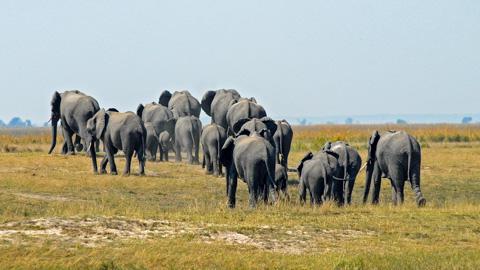 Chobe National Park, Botswana
The land locked country of Botswana is located in Southern Africa. It's bordered by Namibia, South Africa, Zimbabwe and Zambia. The economy is one of the strongest in Africa and is centered around tourism and diamond mining. Botswana is an expensive destination and is therefore less popular than some of the other nearby countries. The country has kept prices high in an effort to conserve the area's wildlife, but still benefit financially from tourism. This country appeals to those who want to enjoy a wildlife safari without the tourist crowds that are so common in many other national parks. In particular, the Okavango Delta and Chobe National Park are exclusive and expensive destinations. If you'd like a budget option though, there are some available.

Visitors to Botswana come for the wildlife and the national parks. The most famous parks are Chobe National Park, Moremi National Park found in the Okavango Delta and the Central Kalahari Game Reserve. The country is also home to the San, or bushman, population.

For independent travellers, there is a high level of service and significantly less poverty than the countries found to the north. Botswana offers a great combination of excellent service with an "off the beaten path" atmosphere.

Okavango Delta: This is where the Okavango River widens into the world's largest inland delta. It is also one of the most impressive wildlife spots in southern Africa. It is surrounded by the Kalahari desert so the swamps and water channels attract animals that come from thousands of kilometers away. The delta triples in size during the July and August floods.

Makgadikgadi Pans National Park: This national park is famous for its bleak salt pans, which attract a large number of birds. Year around, the bird viewing here is incredible.

The food of Botswana is comparable to that found elsewhere in Southern Africa, although regional variations are common. The people take great pride in their beef, so it is often of very high quality. Other common meats include lamb, mutton and chicken. Common grains include sorghum and maize, with wheat and rice being imported from outside the country.

Seswaa: Also called Chotlho, this is a popular, traditional meat dish in Botswana. It is generally served for special occasions and is traditionally prepared by men. The meat is mashed up and heavily salted and cooked in a three legged iron pot. It simmers in salt and water until it is soft.

Vetkoek: This traditional dish is found throughout Southern Africa. It's a fried dough bread that is usually served with minced ground beef or sweetened with syrup, honey or jam.

Bogobe: This is a form of porridge that is made with either sorghum, maize or millet flour. The flour is mixed with boiling water until it forms a soft paste. It is then cooked slowly and it is sometimes sweetened with milk and sugar. The unsweetened version is often eaten with meat or vegetables. 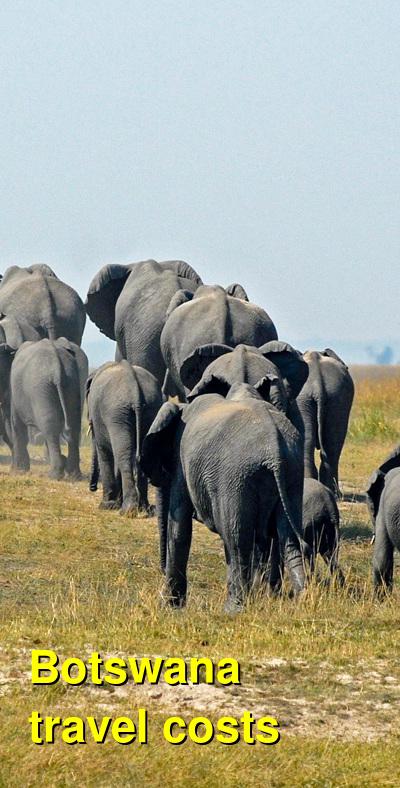