How much does it cost to travel to Trinidad and Tobago?

How much money will you need for your trip to Trinidad and Tobago? Also, the average hotel price in Trinidad and Tobago for a couple is TTD769 ($113). All of these average travel prices have been collected from other travelers to help you plan your own travel budget.

Accommodation Budget in Trinidad and Tobago

How much do vacation rentals cost in Trinidad and Tobago? Prices vary by location, date, size of the place, and the level of luxury. See below for options.

Trinidad and Tobago On a Budget

Trinidad and Tobago
Trinidad and Tobago is a nation that mainly consists of two Caribbean islands, located just off the northeastern coast of Venezuela. It is one of the most prosperous countries in the Caribbean mostly due to the industrial center of Trinidad, though Tobago also has a draw for tourists. Both islands have plenty to offer in unspoiled natural scenery.

Popular beaches in Trinidad include Maracas, Tyrico, Las Cuevas, Toco, Mayaro, Chagville, Los Iros, and Quinam. Most of these are located on the north coast and are beautiful with powdery sand and clear blue water. Beaches of Tobago are Pigeon Point, Store Bay, MT Irvine, Bucco, Grange, Englishman's Bay, and Canoe Bay. As the island that has a better reputation for tourism, Tobago's beaches are extremely beautiful. Also on Tobago, on the north coast, are the Bucco reef and Nylon pool which can be experienced via Glass Bottom Boat tour from Pigeon Point and Store Bay.

Another activity for nature lovers is to visit the Caroni Bird Sanctuary and former sugar cane estates on the western coast of Trinidad. It is a great opportunity to spot local bird species, though mosquitoes are also abundant. La Brea Pitch Lake is another unique attraction to the islands, being the world's largest natural reservoir of asphalt - a pool to which many people flock to bathe in its healing sulfur waters. Additional attractions include a museum built on a former Cocoa estate owned by French Count Charles Joseph de Lopinot (now called Lopinot Historical Site) and a tropical rain forest reserve called Roxborough, as well as the small islands off the northwest peninsula of Trinidad.

Trinidad is the larger of the two islands, and is the location of most of the country's cities and activity as well as its industrial center. Tobago is instead focused on tourism and has become a sought after vacation destination. Together as a nation, the islands have an environment of natural beauty distinct from other Caribbean locations. Port of Spain is the capital city of Trinidad and Tobago, situated on the northwest coast of Trinidad. The main hub for activity and shopping here is between Frederick Street and Charlotte Street, running south to Independence Square. Scarborough is the main city on the island of Tobago, and is a point of entry for those visiting the islands resorts and other attractions. Other important towns and cities include San Fernando, Chaguaramas, Princes Town, Toco, and St. James.

Vacationers who travel to the area often head right to the resorts for an easy-going beachside holiday of rest and relaxation. Beyond beach-going and seaside leisure activities, the annual festival of Carnival is one of the most well known attributes of Trinidad and Tobago. Every year on the Monday and Tuesday before Ash Wednesday during the season of Lent, thousands of costumed merrymakers parade on the streets for an annual street party. They are accompanied by music from steel bands, with calypso and soca music played on large loudspeakers. The rest of the year, Trinidad and Tobago also has a thriving nightlife, especially in the Chaguaramas area.

The main airport serving the nation is Piarco International Airport, located on Trinidad, approximately 25 kilometers southeast of Port of Spain. Direct air service is available from Miami, Ft. Lauderdale, Houston, Orlando, New York (JFK), and Newark, from the United States, as well as Toronto from Canada, London from the UK, Caracas and Porlomar from Venezuela, Panama City from Panama, Paramaribo form Suriname, Georgetown from Guyana, Barbados, and other islands in the Caribbean. From the airport, buses are available for transportation into the city.

There is also a small airport on Tobago, ANR Robinson International Airport, though its direct flights are limited, mostly serving London.

Cuisine of Trinidad and Tobago is a unique blend of influences, largely African, Amerinidian, British, Creole, French, Indian, and Spanish. One specialty dish of the culture is side called callaloo, which is both creamy and spicy made from ingredients like taro leaves, okra, crab or pig tail, thyme, pumpkin, pimento, onions, coconut milk, and other local herbs and spices. As a side dish, callaloo is often served with cornmeal, plantain, cassava, sweet potatoes, dumplings, and curried crab. A rice and meat dish called pelau is also common as is stewed chicken, macaroni pie, and oxtail. The three main methods of cooking are curried, stewed, or barbecued, while meals are often accompanied by condiments like pepper sauces, chutneys, and pickles. Dining options on the islands are diverse and range from street snacks to restaurants serving traditional food, western fast food chains to markets selling fresh produce. 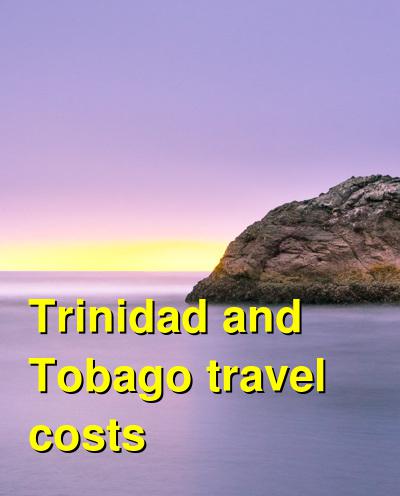