How much does it cost to travel to Curacao?

How much money will you need for your trip to Curacao? You should plan to spend around ANG478 ($265) per day on your vacation in Curacao, which is the average daily price based on the expenses of other visitors. Past travelers have spent, on average, ANG91 ($51) on meals for one day and ANG35 ($19) on local transportation. Also, the average hotel price in Curacao for a couple is ANG662 ($367). So, a trip to Curacao for two people for one week costs on average ANG6,690 ($3,708). All of these average travel prices have been collected from other travelers to help you plan your own travel budget.

A vacation to Curacao for one week usually costs around ANG3,345 for one person. So, a trip to Curacao for two people costs around ANG6,690 for one week. A trip for two weeks for two people costs ANG13,379 in Curacao. If you're traveling as a family of three or four people, the price person often goes down because kid's tickets are cheaper and hotel rooms can be shared. If you travel slower over a longer period of time then your daily budget will also go down. Two people traveling together for one month in Curacao can often have a lower daily budget per person than one person traveling alone for one week.


How expensive is Curacao? How much money do I need for Curacao?

How much does a trip to Curacao cost? Is Curacao expensive? The average Curacao trip cost is broken down by category here. All of these Curacao prices are calculated from the budgets of real travelers.

How much do AirBnB's cost in Curacao? Prices vary by location, size of the place, and the level of luxury. See below for options.

How much does it cost to go to Curacao? Naturally, it depends on the dates. We recommend SkyScanner because they can find the best deals across all airlines.

The price of renting a car in Curacao will depends on dates, the type of car, the location, and your age. We recommend SkyScanner because they can find the best deals across all car rental companies.

Typical prices for Entertainment in Curacao are listed below. These actual costs are from real travelers and can give you an idea of the Entertainment prices in Curacao, but your costs will vary based on your travel style.

Curacao On a Budget 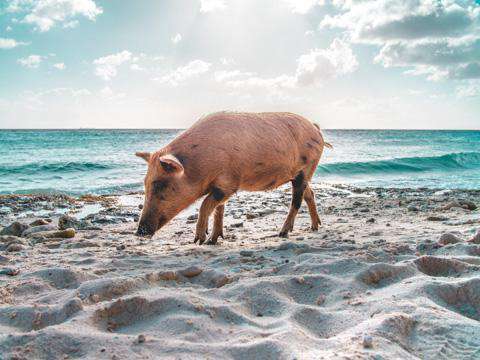 Curacao
Curacao, a popular Caribbean Island, is one of the "ABC Islands" that is located near Venezuela. These also include Aruba and Bonaire. Curacao has an interesting, personalized culture. The architectural style of the buildings offer a unique atmosphere filled with pastel colors. The culture found on the island is uniquely its own. Even the island's native language of Papiamentu is one of a kind. It is a richly unique mixture of Spanish, Portuguese, English, Dutch, African and other languages. Most people from the island speak this language in addition to Dutch, English, and Spanish. Despite the diversity of languages, almost everyone speaks English so communication is generally straightforward.

The island's beaches are concentrated on the southern and western sides. Many of them spread betwen Rif St. Marie and Westpunt. Hato International Airport is the main airport on the island. It can be found in Plaza Marqareth Abraham, which is on the northern side of the island just outside of the capital city of Willemstad.

Curacao also lies conveniently outside of the "Hurricane Zone" so you can visit throughout the year without a serious threat from a major storm. Although rare, it is occasionally hit by a hurricane however. It has a tropical savannah climate that has a dry season between January and September and a wet season between October and December. Air temperature remains fairly constant throughout the year with a slight drop during the month of January.

It is generally easy to get around the island with a variety of travel options available to visitors. Public buses are the most affordable option, but taxis are readily available and convenient for those looking to get off the beaten path. Rental cars are also reasonably prices and quite convenient.

Christoffel National Park: This national park is operated by the Carmabi Foundation. In the park you will find Boca Grandi, Indian caves where you can see paintings created by the Arawak Indians. Mount Christoffel is also located within the park. This is the highest point in the country at 1292 feet high.

Jewish Cultural Historical Museum: Visit both the Mikve Israel Emanuel Synagogue and the museum adjacent to it. The museum does a nice job of preserving the religious and cultural artifacts of the island. The pieces have been collected over the 350 years of Jewish life in Curacao.

Museum Kura Hulanda: This anthropological museum is one of the best museums in the Caribbean. It chronicles the African slave trade along with the cultures of the country.

Food in Curacao is a combination of European, West-Indian and East Asian cuisines. In particular, Indonesian food has heavily influenced the area and explains the high prevalence of sate and peanut sauce throughout the country. There are also many local Chinese options available throughout.

Stoba: This is a popular stew like dish that is made with various ingredients such as papaya, beef or goat. It's a popular option with the locals, and is available in many restaurants as well.

Guiambo: This okra and seafood soup can have a somewhat slimy consistency. It's flavor can vary based on who makes it and what seasons are used. Some soups are sweet and tangy while others are salty and spicy

Kadushi: This is a unique form of cactus soup that is available in a variety of small restaurants. Many people consider it an acquired flavor.