How much does it cost to travel to Dominica?

How much money will you need for your trip to Dominica? You should plan to spend around EC$441 ($163) per day on your vacation in Dominica, which is the average daily price based on the expenses of other visitors. Past travelers have spent, on average, EC$103 ($38) on meals for one day and EC$33 ($12) on local transportation. Also, the average hotel price in Dominica for a couple is EC$584 ($216). So, a trip to Dominica for two people for one week costs on average EC$6,171 ($2,284). All of these average travel prices have been collected from other travelers to help you plan your own travel budget.

A vacation to Dominica for one week usually costs around EC$3,086 for one person. So, a trip to Dominica for two people costs around EC$6,171 for one week. A trip for two weeks for two people costs EC$12,343 in Dominica. If you're traveling as a family of three or four people, the price person often goes down because kid's tickets are cheaper and hotel rooms can be shared. If you travel slower over a longer period of time then your daily budget will also go down. Two people traveling together for one month in Dominica can often have a lower daily budget per person than one person traveling alone for one week.


How expensive is Dominica? How much money do I need for Dominica?

How much does a trip to Dominica cost? Is Dominica expensive? The average Dominica trip cost is broken down by category here. All of these Dominica prices are calculated from the budgets of real travelers.

Looking for a hotel in Dominica? Prices vary by location, date, season, and the level of luxury. See below for options.

How much does it cost to go to Dominica? Naturally, it depends on the dates. We recommend Kayak because they can find the best deals across all airlines.

The price of renting a car in Dominica will depends on dates, the type of car, the location, and your age. We recommend Kayak because they can find the best deals across all car rental companies.

Typical prices for Entertainment in Dominica are listed below. These actual costs are from real travelers and can give you an idea of the Entertainment prices in Dominica, but your costs will vary based on your travel style.

Dominica On a Budget 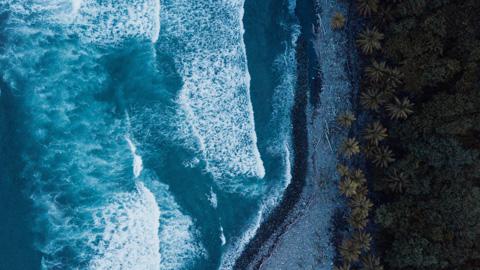 The beach at Rosalie, Dominica
Don't confuse Dominica with the other Caribbean island, the Dominican Republic. Dominica is located between the Caribbean Sea and the North Atlantic Ocean about half way between Puerto Rico and Trinidad and Tobago. Dominica is referred to as "The Nature Island of the Caribbean" because it has an impressive diversity of flora and fauna. Much of the wildlife on the island is protected by the country's impressive national park system. If you are a nature lover, then this is a wonderful place to visit.

The island itself is very mountainous. It has volcanic peaks that are dramatic and scenic. They are often topped with crater lakes. Perhaps the most impressive is Boiling Lake, which is the second largest thermally active lake in the world. The highest point on the island is Morne Diablotin, which reaches 1,447 meters in elevation.

The island's climate is tropical. Temperatures stay moderate because of the northeast trade winds, but the island is prone to heavy rainfall. Be on the lookout for flash floods, which are a concern during heavy storms. The island may be affected by hurricanes during the late summer or early fall months.

Dominica was the last Caribbean island to be colonised. France originally held a presence but lost control to Great Britain in 1763. Today there are about 3,000 Carib Indians that still live on the island. This is the only pre-Columbian population that is left in the eastern Caribbean.

Valley of Desolation and Boiling Lake: This destination can be reached with a long and difficult hike. It should take about eight hours round trip, including driving to and from the trailhead. The scenery is stunning and it is worth the effort. It is best to hire a guide though because the area is prone to flash floods and the small rivers become overpowering during rainstorms.

Trafalgar Falls: You can view these falls with only a short hike, but if you want to swim in the pool it's a difficult and long trail to reach the bottom. It's worth it though if you want to bath in natural pools of hot sulfured waters. You do need a pass to access the site, which will cost you US$5.

Syndicate National Trail: This trail is a nice half hour walk that allows you to see parrots and the island's beautiful tropical rainforest. If you don't have a car it is also a two hour walk on a farm road to reach the trail head. You may be able to hitch a ride with a farmer.

Dominica cuisine is heavily influenced by Creole cooking techniques. The dishes use local produce to make Caribbean favorites with a local twist. The cuisine is most comparable to that found on St Lucia and Trinidad. Breakfast is an important meal on the island and often includes saltfish and a dough that is fried in oil. Chicken, beef and fish are the most common meats, and they are often prepared with local vegetables.

Stew chicken: Chicken is probably the most popular meat on the island. It is often prepared into a stew with onions, carrots, garlic, ginger and thyme. It cooks for a long time until a thick sauce forms. Rice and peas are often served on the side.

Roasted Breadfruit with Salted Codfish: This popular Creole dish is common throughout the Caribbean. Like elsewhere, Dominica's version has its own flavor based on locally available ingredients and seasonal produce.

Tasty Bakes:This snack is available around the island at roadside stands. It's also served in small restaurants with fried chicken or fish and chips. Tasty Bakes are fried dough that is made with flour, water, sugar, and a little salt. It's usually served with a cold drink.