How much does it cost to travel to Monaco?

How much money will you need for your trip to Monaco? You should plan to spend around €168 ($175) per day on your vacation in Monaco, which is the average daily price based on the expenses of other visitors. Past travelers have spent, on average, €47 ($49) on meals for one day and €16 ($17) on local transportation. Also, the average hotel price in Monaco for a couple is €195 ($203). So, a trip to Monaco for two people for one week costs on average €2,358 ($2,456). All of these average travel prices have been collected from other travelers to help you plan your own travel budget.

A vacation to Monaco for one week usually costs around €1,179 for one person. So, a trip to Monaco for two people costs around €2,358 for one week. A trip for two weeks for two people costs €4,717 in Monaco. If you're traveling as a family of three or four people, the price person often goes down because kid's tickets are cheaper and hotel rooms can be shared. If you travel slower over a longer period of time then your daily budget will also go down. Two people traveling together for one month in Monaco can often have a lower daily budget per person than one person traveling alone for one week.


How expensive is Monaco? How much money do I need for Monaco?

How much does a trip to Monaco cost? Is Monaco expensive? The average Monaco trip cost is broken down by category here. All of these Monaco prices are calculated from the budgets of real travelers.

Looking for a hotel in Monaco? Prices vary by location, date, season, and the level of luxury. See below for options.

How much does it cost to go to Monaco? Naturally, it depends on the dates. We recommend Kayak because they can find the best deals across all airlines.

The price of renting a car in Monaco will depends on dates, the type of car, the location, and your age. We recommend Kayak because they can find the best deals across all car rental companies.

Typical prices for Entertainment in Monaco are listed below. These actual costs are from real travelers and can give you an idea of the Entertainment prices in Monaco, but your costs will vary based on your travel style.

Monaco On a Budget 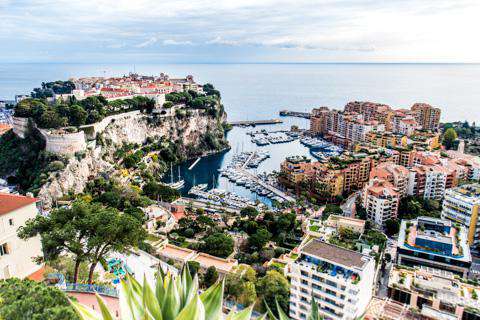 Monaco
Monaco is a small city-state that is completely surrounded by France. The Italian Riviera is only a few kilometers to the east and the country enjoys a wonderful, Mediterranean climate. Monaco is also the second smallest independent state in the world, with the Vatican being the smallest. It is six times as large of the Vatican and also the world's most densely populated independent country. It is entirely urban and a fun place to spend a few days.

Monaco is divided into four areas. The old city is known as Monaco-Ville, Condamine is the port quarter, Monte-Carlo is a government district, and Fontvieille is known for its recreation and industry. Monaco is lacking in natural resources, but the climate and location make it a wonderful place to visit. Many businesses use it as a tax haven, while tourists take advantage of its resort-like atmosphere.

Monaco-Ville: This picturesque area is known as "the rock." It's a medieval village that is still made up almost exclusively of pedestrian streets and passageways. Many of the houses are historical, but there are also a good number of hotels, restaurants and souvenir shops that appeal to tourists. Sights within the area include the Prince's Palace, the Cathedral, the Oceanographic Museum, the City Hall, and the Saint Martin Gardens.

Palais Princier (the Prince's Palace): Located in Monaco-Ville, this palace is well worth a visit. There's a panoramic view that looks out on the Port and Monte-Carlo and a changing of the guard cermony takes place every day just before noon. There are also daily tours of the palace that run throughout the day.

Monaco Cathedral: Built in 1875 on the site of a 13th century church, this Cathedral is dedicated to Saint Nicolas. It houses the remains of former Princes of Monaco as well as Princess Grace.

Dining out in Monaco is delicious but expensive. Some favorite restaurants include those found on the waterfront along the Port de Fontvieille or around the Casino. Eating out during the winter months may be slightly more affordable. If you are on a tight budget there are some small cafes throughout the city that serve simple meals such as pizza or hot dogs.

Barbagiuan: This is a sweet pastry appetizer that originated in Monaco but is served throughout the region. In Monaco, they are most often available on National Day. The pastries are filled with rice, cheese, leeks and either pumpkin or spinach.

Fougasse: Also a sweet pastry, this option is made with orange-infused dough that is topped with nuts and anise seeds.

Stocafi: A national dish of Monaco, this is made with dried cod that is stewed in tomato sauce. It is flavored with black olives and small vegetables.