A Train Lover's Guide to Chicago

Trolleys, Trams, and Subways in Chicago

Chicago has long been a city of transportation, particularly its train system. The Chicago Transit Authority (CTA) system consists of over 700 trains and 1,500 miles of track. In addition to this, plenty of other places around this dynamic and historic city are of interest to train lovers. Here's a list of the best places to visit for railroad-themed experiences and sites in Chicago.

Dearborn Station is the oldest of the six train stations in downtown Chicago. It currently has a shopping mall with retail and entertainment space.
66 West 9th Street, Printer's Row, Chicago, Illinois, 60605

This railroad museum is located in South Elgin, and it has a special focus on trolleys, street cars, and other commuter trains. Visitors can board and see a variety of historic trolley and passenger trains from various periods in history. It's also possible to take a ride on their tracks in one of the historic trains. With seasonal events throughout the year and during the holidays, this is a fun place to visit for the while family.
365 S La Fox St, South Elgin, Illinois
Website
Interested in more travel advice for Chicago? Check out A Nature Lover's Guide to Chicago and Activities and Things to Do in the Fall in Chicago.

Located in the suburbs of northwestern Chicago, this fantastic railroad museum features locomotives and train cars from a variety of historic eras in railroading. Children and adults like enjoy this museum as you can see and get on many of the exhibits.
7000 Olson Road, Union, Illinois, 60180
Website 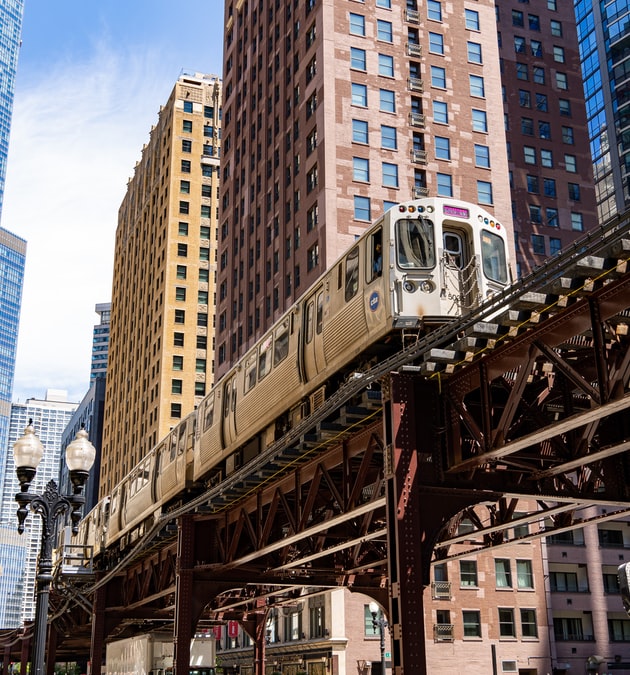 While many cities have underground subway systems, Chicago built a railway system that was actually elevated above ground, thus giving it the name 'L'. But it's more than just historic, as millions of locals and visitors ride the system every year to get around Chicago - above, on, and below ground. If you want to go for a ride above the streets, the downtown Loop area of central Chicago is the best place to do so as you'll see the most sites in a short period of time, and it only costs a few bucks.
Loop, Chicago, Illinois

If you're looking for more information about Chicago, read The Best Art Museums in Chicago and Things to Do Just Outside of Chicago.