The Best Outdoor Activities in Chicago

Things to Do in Chicago That Will Get You Outside

Located right on Lake Michigan, Chicago has many outdoor activities that visitors can enjoy. There are lakefront beaches as well as beautiful parks and gardens. Below are just some of the things you can do outdoors in Chicago.

Grant Park is a large and impressive public space in the city's central business district. This large park is where you'll find the famous Millennium Park, Buckingham Fountain, the Art Institute of Chicago, and the Museum Campus. There are a number of gardens, sport fields, and performances venues found in the park as well.
Printer's Row, Chicago, Illinois
Website
Planning a trip to Chicago? You might also be interested in The Best Neighborhoods For Shopping In Chicago and The Best Parks in Chicago.

This impressive Victorian style greenhouse has four separate sections that include the Orchid House, Palm House, Fern Room, and Show House. There's also an outdoor Formal Garden and the English Grandmother's Garden. This is a beautiful conservatory and it's free to the public.
2391 N Stockton Dr, Lincoln Park, Chicago, IL, 60614
Website 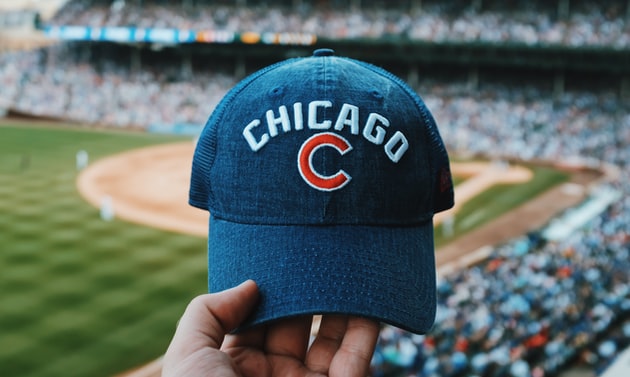 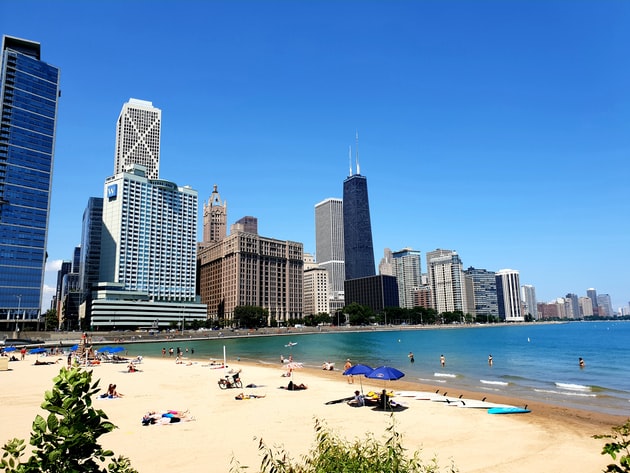 Walking distance from Navy Pier, Ohio Street Beach is small and shallow. If you're looking for a comfortable place to relax by the water, then this beach is convenient. There's a cafe with snacks, beer, and cocktails. This is also a popular training spot for triathletes.
600 North Lake Shore Drive, Streeterville, Chicago, IL, 60611
Website

This 13 acre park is located in the Near West Side area. The park has large fields, playgrounds, a swimming pool, tennis courts, basketball courts, and baseball fields. The playgrounds have slides, swings, and plenty of space for kids to run around.
1566 West Washington Boulevard, Near West Side, Chicago, Illinois, 60612

Garfield Park is a popular city park on the West Side of the city in the Garfield Park neighborhood. It has a number of recreational facilities including baseball, boxing, basketball, tennis, and swimming. There's also a playground and trails for running, walking and bike riding. When the weather isn't cooperating, you can head inside to the Garfield Park Conservatory, which has about 120,000 plants from 600 different species in a 1.6 acre indoor space.
300 N. Central Park Ave., Garfield Park, Chicago, IL, 60624
Website

The Magnificent Mile is one of the most famous shopping neighborhoods in the world. It's lined with brand name retail shops, boutique designers, historic hotels, luxury brands, large shopping centers, one-of-a-kind stores, and unique attractions. This neighborhood also has the original American Girl Place, Water Tower Place, and The Drake Hotel where you can enjoy high tea at the historic Palm Court.
Chicago, IL
Interested in more travel advice for Chicago? Check out A Fashion-Lovers Guide To Chicago and A Nature Lover's Guide to Chicago.

This renovation project has turned an elevated railway track into a 2.7 mile path that weaves through the North Side of the city, passing through Logan Square, Humboldt Park, Wicker Park, and Bucktown. It connects a handful of parks and is the perfect place to enjoy a walk, bike ride, or short run.
Humboldt Park, Chicago, IL

Dating back to the mid 1800s, this park was at one time considered to be one of the greatest public parks in the country. Today it has rose gardens, tennis courts, an inland beach, and bike paths.
Humboldt Park, Chicago, IL

This is a 600 acre park that sits on the edge of Lake Michigan on the South Side of Chicago. It has a variety of facilities including basketball, tennis courts, and playgrounds. The Osaka Garden is also on the grounds, which is a Japanese style garden that's on an island in the park's east lagoon. There are also several beaches and a running track that visitors can take advantage of.
6401 S Stony Island Ave, South Shore, Chicago, IL, 60637
Website

Belmont Harbor Beach is a popular spot for running, walking, or biking. It's near Chicago's Yacht Club and, with a great fenced in area near the water, this is a popular spot for dog owners. When the weathers nice, head here for a day of relaxing, exercising, of simply enjoying the great outdoors with your dog companion.
Belmont & Lake Shore Drive, Lincoln Park, Chicago, IL, 60614
Website

This park was originally built as a country club but today it is a historic landmark that offers a number of classes and programs throughout the year. The park covers 65 acres and includes a golf course, grass fields, a beach, and the South Shore Nature Sanctuary.
7059 S South Shore Dr, South Shore, Chicago, IL, 60649
Website

Henry David Thoreau, the famous American author, wrote some of his most famous works at this cabin which is now a museum and park. Visitors can walk around the famous Walden Pond which has a small beach area and walking trails. It's a nice spot for a swim in the summer. The area is now a state park and open to the public.
915 Walden St, Concord, Massachusetts
Website
Chicago has plenty more to offer, so see also our other articles: Best Places To Enjoy A Picnic In Chicago and Places to Bike in Chicago.

This 22 acre park offers a number of sports and activities as well as a playground and an impressive Fourth of July fireworks display.
5100 N Leavitt St, Lincoln Square, Chicago, IL, 60625
Website

North Avenue Beach is a popular summer destination when it fills with locals playing volleyball and families playing in the sand. Swimming is popular when the water gets warm and there is plenty of water sports equipment available for rent including kayaks, stand-up paddleboards, and jet skis. Bands frequently play at the beach house and there's also ice cream and margaritas available.
1601 N. Jean-Baptiste Pointe DuSable Lake Shore Drive, Lincoln Park, Chicago, IL, 60611
Website

Burnham Park follows the banks of Lake Michigan for six miles from 14th Street to 56th Street. It spans 600 acres and includes the Burnham Harbor, Soldier Field, and McCormick Place. The Lakefront Trail passes through the park as well. Skateboarders will appreciate Burnham Skate Park, but there are also tennis courts, a fishing pier, and several beaches. For kids, there is a playground.
South Loop, Chicago, IL

Wrigley Square, in Millennium Park, is where you'll find the Millennium Monument, which is a circular fountain with large columns. Throughout the park are temporary art installations that change regularly. There are also several places to buy snacks and drinks. Head to one of the picnic tables to enjoy your food while you soak in the setting.
Millennium Park, Chicago, IL

These beaches stretch out for eight blocks, making them the longest stretch of beach in Chicago. Located near Loyola University in the East Rogers Park neighborhood, this area has a playground and areas that are perfect for strollers. There are also a number of sports fields nearby including baseball fields, basketball courts, and a kayak launching spot.
1222 W Touhy Ave, East Rogers Park, Chicago, IL, 60626
Chicago has plenty more to offer, so see also our other articles: The Best Gardens in Chicago and The Best Parks in Chicago.

Prices for activities, things to do, and tours range from $5 to $498. The average cost for a tour or tickets is $93. A few of the best options are below.