The Best Shopping Districts and Markets in Chicago

Where to shop for antiques, clothing, furniture, and one-of-a-kind items

Chicago has some of the best markets and shopping areas you can find in the United States. Many of the neighborhood markets are run by the community or neighborhood they're in. They range from vintage and budget to high end, with everything in between. If you love to go shopping, here are some of the best places in Chicago to visit for the markets. 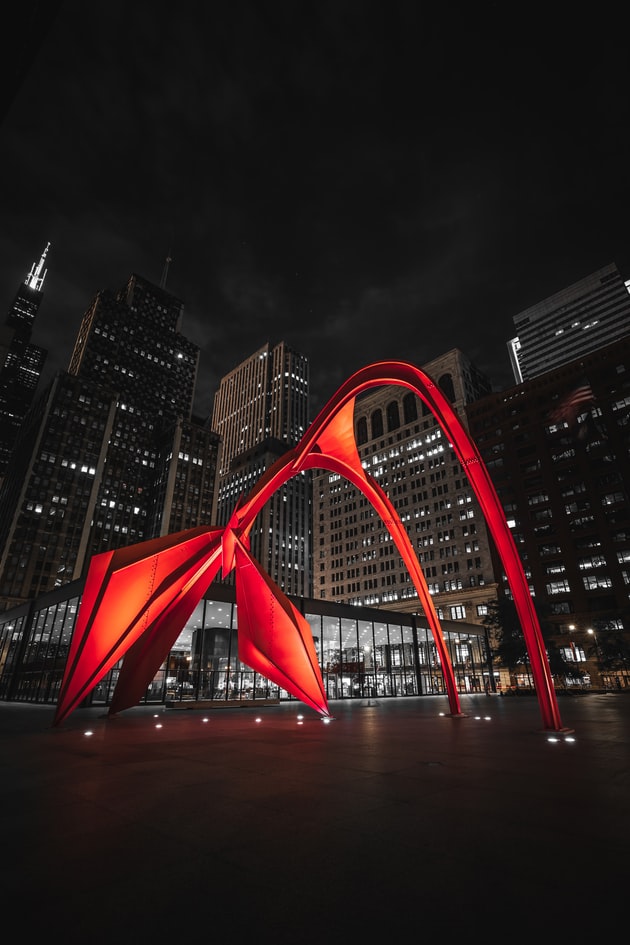 Andersonville offers a truly unique personality with a vibrant bar scene and an energetic atmosphere. This neighborhood is home to one of the city's largest LGBTQ+ communities and it hosts annual Pride celebrations. The neighborhood also has beautiful architecture and a charming urban atmosphere, particularly along its main street. There are a large number of independently owned shops here and the "shop local" movement runs deep. Head to Clark Street for the most restaurants including diners, dives, and pastry shops.
Chicago, IL
Chicago has plenty more to offer, so see also our other articles: The Best Squares and Plazas in Chicago and The Best Views In Chicago.

Chicago's Chinatown is a unique area to explore with authentic Asian grocery stores, family-owned restaurants, and excellent dumplings and dim sum. The neighborhood has a number of beautiful archways, pagodas, and statues. There are also shops that sell traditional items next to souvenirs and other trinkets. The original part of Chinatown runs along Cermak Road and Wentworth Avenue. Chinatown Square mall is in the area as well.
Chicago, IL

Dearborn Station is the oldest of the six train stations in downtown Chicago. It currently has a shopping mall with retail and entertainment space.
66 West 9th Street, Printer's Row, Chicago, Illinois, 60605

Set right by the lake, this neighborhood has a number of nice beaches and green spaces. It's a family-friendly area with great antique shopping and a thriving theater scene. There are also a diversity of restaurants and markets that are fun to explore.
Chicago, IL

The neighborhood of Garfield Park is all about green space. It opened its first park in 1874 and today the area has plenty of gardens, parks, and nature right in the heart of the city. The Garfield Park Conservatory is a highlight of the area with a number of different botanical environments such as the desert house, the fern room, and the tropical palm house. In the surrounding community, Garfield Park is a popular neighborhood for startups including the Hatchery which is a commercial kitchen that houses more than 100 local food and beverage startups. Head to the area during the warmer months to check out the community markets.
Chicago, IL

Lincoln Square is a touch of Germany right in Chicago. You can explore the cobblestone part of Lincoln Avenue and head to uniquely local shops that sell everything from sausage to clothing. Head to one of the traditional Bavarian style beer halls or poke your head in a locally owned boutique shop. Restaurants are great in the neighborhood so grab a meal and then head to the Davie Theater, with its old fashioned charm. If folk music is your style check out the Old Town School of Folk Music which has regular live performances. The neighborhood also hosts Maifest, which is a summer festival that celebrates everything about Germany.
Chicago, IL
Chicago has plenty more to offer, so see also our other articles: A Culture Lover's Guide to Chicago and Chicago: Off the Beaten Path Things to Do.

Logan Square is a trendy neighborhood that is popular with artists, musicians, and anybody with a creative vibe. The neighborhood is home to the Logan Theatre, which hosts the Chicago Underground Film Festival. It's also a popular nightlife area with its cool cocktail bars and local music scene. There are also a number of breweries in the neighborhood. For foodies, there are a few Michelin star rated options, as well as more casual pizza and noodle shops. Near Logan Square there's a Sunday Farmers Market that's held year round.
Chicago, IL

This upscale neighborhood is near Chicago's central business district. It's a popular area for after work Happy Hours and there are many bars and restaurants nearby. Head here to enjoy a vibrant nightlife scene or wander through some of the areas high end art galleries. This neighborhood is also where you'll find Michigan Avenue's Magnificent Mile.
Chicago, IL

The Southport Corridor is a popular shopping area with a number of restaurants and clothing stores. This area also has the first Amazon bookstore in Chicago. Head here for brunch or to casually spend the afternoon shopping.

25 stories high and spanning two city blocks, this unique marketplace sits at the intersection of the North, South, and Main branches of the Chicago River. The architects sought to bring together the concept of a warehouse, a department store, and an office building. Within the building you'll find a number of home furnishing showrooms and a large number of tech companies.
222 N. Merchandise Mart Plaza, Near North Side, Chicago, IL
Website
Planning a trip to Chicago? You might also be interested in A Fashion-Lovers Guide To Chicago and Budget Friendly Neighborhoods in Chicago.

West Ridge is where you'll find Chicago's Little India, along Devon Avenue. The area has a number of Indian and Pakistani restaurants, shops, bakeries, and grocery stores. West Ridge is also a very diverse neighborhood with a mix of cultures and a strong sense of community. Jewish, Middle Eastern, and South and Southeast Asian populations are all common here.
Chicago, IL

The Wicker Park and Bucktown neighborhoods are artsy areas that are popular with shoppers, foodies, and partiers. The area has vintage stores, record shops, and bookstores that are fun to browse during the day. At night, it comes to life with late-night clubs, pubs, dive bars, and live music. There are also restaurants that offer a diverse selection as well as laid back coffee houses with a trendy vibe.
Chicago, IL

Wrigleyville is where you'll find the famous Wrigley Field, which is the second oldest ballpark in the country and home to the Chicago Cubs. Near the stadium you'll find a number of sports bars, souvenir stall, and restaurants. Clark Street is the main drag where you'll find locals and Cubs fans. Also outside of the stadium is Gallagher Way, which is a popular meeting spot for fans, locals, and tourists. There are often farmers markets, outdoor concerts, film screenings, and even a holiday winter wonderland here.
Chicago, IL