San Francisco is full of famous and historic monuments and memorials that draw plenty of visitors. If you're headed to the city by the bay, make sure you check out at least some of these places which are part of the quintessential list of must-see places in the city by the bay. 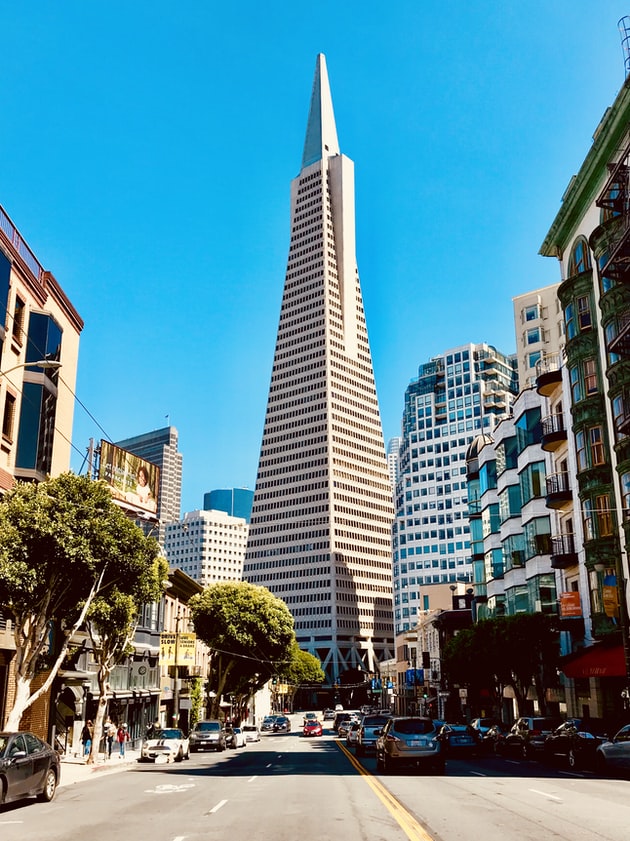 The Presidio historically served as a U.S. Army base but today it is a large green space and a public park. It's situated in the northwestern corner of the city at the gateway to the Golden Gate Bridge. The Presidio is a national park that is controlled by the National Park Service and it runs between the San Francisco Bay and the Pacific Ocean, ending at Baker Beach. Within the park there are stunning views of Marin County and the Golden Gate Bridge, as well as a number of biking, hiking and walking paths. There are also plenty of places to enjoy a picnic or rest with a good book. The Walt Disney Family Museum as well as a golf course and several cafes are also found within the park.
The Presidio, San Francisco, CA
Website
Planning a trip to San Francisco? You might also be interested in A Foodie's Guide To San Francisco and The Best Things to do in San Francisco.

Clarion Alley is a unique street in San Francisco that is famous for its murals, which were painted by the Clarion Alley Mural Project. The street is located between Mission and Valencia Streets and 17th and 18th Streets.
Clarion Alley, Mission District, SF, California, 94110

This park is all about the views. It's one of the highest parks in the city and it looks out over the entire Bay Area. The park is made of up two peaks with the north peak offers 180 degree views of the city. The park can be a bit challenge to get to, particularly if you're relying on public transportation, but the view at the top is well worth it. In total, the park has 64 acres of land.
501 Twin Peaks Blvd, San Francisco, CA, 94114
Interested in more travel advice for San Francisco? Check out A Nature Lover's Guide to San Francisco and An Art Lover's Guide to San Francisco.