How much does it cost to travel to Cyprus?

How much money will you need for your trip to Cyprus? You should plan to spend around €82 ($87) per day on your vacation in Cyprus, which is the average daily price based on the expenses of other visitors. Past travelers have spent, on average, €33 ($35) on meals for one day and €9.82 ($10) on local transportation. Also, the average hotel price in Cyprus for a couple is €75 ($80). So, a trip to Cyprus for two people for one week costs on average €1,148 ($1,224). All of these average travel prices have been collected from other travelers to help you plan your own travel budget.

A vacation to Cyprus for one week usually costs around €574 for one person. So, a trip to Cyprus for two people costs around €1,148 for one week. A trip for two weeks for two people costs €2,296 in Cyprus. If you're traveling as a family of three or four people, the price person often goes down because kid's tickets are cheaper and hotel rooms can be shared. If you travel slower over a longer period of time then your daily budget will also go down. Two people traveling together for one month in Cyprus can often have a lower daily budget per person than one person traveling alone for one week.


How expensive is Cyprus? How much money do I need for Cyprus?

How much does a trip to Cyprus cost? Is Cyprus expensive? The average Cyprus trip cost is broken down by category here. All of these Cyprus prices are calculated from the budgets of real travelers.

Looking for a hotel in Cyprus? Prices vary by location, date, season, and the level of luxury. See below for options.

How much does it cost to go to Cyprus? Naturally, it depends on the dates. We recommend Kayak because they can find the best deals across all airlines.

The price of renting a car in Cyprus will depends on dates, the type of car, the location, and your age. We recommend Kayak because they can find the best deals across all car rental companies.

Cyprus On a Budget 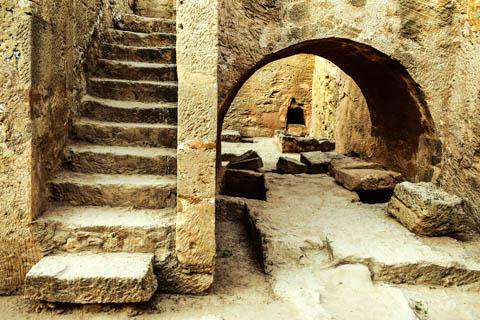 Cyprus
Cyprus is the third largest island in the Mediterranean Sea. It's located south of Turkey and is geographically in Asia but politically considered Europe. It is also a member of the European Union.

In 1960, Cyprus gained independence from the United Kingdom. It's constitution originally created a power-sharing agreement between the Greek Cypriot majority and the Turkish Cypriot minority but after clashes in 1974, the northern and eastern 40% of the island became occupied by Turkey. This area, the Turkish Republic of Northern Cyprus, is only recognized by the country of Turkey. All other countries in the United Nations recognize the government of the Republic of Cyprus throughout the entire island. There is a narrow buffer zone between the two areas but the area has been peaceful for a long time and they are moving towards reunification.

The climate of Cyprus is temperate and Mediterranean. It has hot and humid summers and cool and damp winters. There is a central plain on the island, with mountains in the north and south and scattered plains throughout the southern coast.

There are six administrative regions in Cyprus. The Kyrenia district, a large part of the Famagusta district, and the northern region of the Nicosia district are occupied by Turkish forces.

Akamas Peninsula: Akamas is in the northwestern extremity of Cyprus and covers about 230 square kilometers. It is a great area to explore on bike and attracts travelers who are interested in the area's culture, biodiversity, and sports such as golf.

Paphos Archaeological Park: Here you will find many different sites including the House of Dionysos and the House of Theseus. These are both ruins of large villas that originated during the Roman time. They are particularly famous for their mosaics.

Tala Village: This traditional village is located high in the northwestern part of Paphos. Today there is a large expat community but there is a pleasant Agios Neophytos Monastery nearby and many delicious restaurants.

Predictably, Cyprus cuisine is really a combination of Greek and Turkish cuisines. There is influence from both Europe and the Middle East, but many meals are prepared with a local twist and their own unique flavors. Fresh and local ingredients are typically used and seafood or vegetable based meals are quite common.

Cypriot Meze: Similar to tapas, meze are small, delicious dishes that come in either meat or fish varieties. There are restaurants that specialize specifically in meze and sell nothing else. A meal of meze is a must for any trip to Cyprus.

Halloumi: This is a unique Cyprus cheese made from a combination of cow's and sheep's milk. Uncooked, it is hard and very salty. It's hard textures allows you to grill it, which creates a softer and very flavorful cheese that is quite delicious.

Taramosalata: To make this traditional dish, cod or carp roe is mixed with either bread crumbs or mashed potatoes. Parsley, onion, lemon juice, olive oil and vinegar are added for flavor.