How much does it cost to travel to Lebanon?

A vacation to Lebanon for one week usually costs around L£1,159,013 for one person. So, a trip to Lebanon for two people costs around L£2,318,026 for one week. A trip for two weeks for two people costs L£4,636,053 in Lebanon. If you're traveling as a family of three or four people, the price person often goes down because kid's tickets are cheaper and hotel rooms can be shared. If you travel slower over a longer period of time then your daily budget will also go down. Two people traveling together for one month in Lebanon can often have a lower daily budget per person than one person traveling alone for one week.


How expensive is Lebanon? How much money do I need for Lebanon?

How much does a trip to Lebanon cost? Is Lebanon expensive? The average Lebanon trip cost is broken down by category here. All of these Lebanon prices are calculated from the budgets of real travelers.

Looking for a hotel in Lebanon? Prices vary by location, date, season, and the level of luxury. See below for options.

How much does it cost to go to Lebanon? Naturally, it depends on the dates. We recommend Kayak because they can find the best deals across all airlines.

The price of renting a car in Lebanon will depends on dates, the type of car, the location, and your age. We recommend Kayak because they can find the best deals across all car rental companies.

Lebanon On a Budget 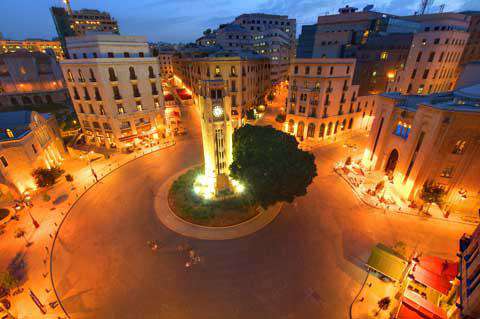 Beirut, Lebanon
Lebanon is a small country in the Middle East that has a coastline along the Mediterranean Sea. It shares a border with Syria to the north and east and Israel to the south. The people of Lebanon come from a variety of different backgrounds and ethnic groups. The religion within the country is split between Christianity, Muslim and Druzes. Due to the recent civil war in Syria there are now almost 1,600,000 Syrian refugees (as of late 2014). There are also about 250,000 Palestinian refugees in the country as well.

The people in Lebanon are generally quite friendly and welcoming. They will happily welcome you to their country and do everything possible to act as good hosts. The general population is highly educated, particularly in Beirut and other urban areas. The Bekaa Valley and the rural north and south tend to be the more conservative parts of the country.

Recent nearby civil wars have dramatically impacted tourism in Lebanon. The people remain friendly and hopeful, however, and, as is often the case with the Middle East, the future is unpredictable.

Lebanon has a Mediterranean climate that has hot and dry summers and cold and wet winters. Most visitors come during the summer months because rain is almost nonexistent between June and August and the temperatures are generally pleasant. The coast can be very humid during these months but the mountains are cooler and comfortable. Although there is a little more rain, fall and spring are also great times to visit. The crowds are less and the temperature remains comfortable. During the winter months there is snow in the mountains and it is a good time to visit the country's many ski resorts.

Downtown Beirut: Beirut's downtown is surprisingly beautiful. There are many places to grab a delicious bite to eat, relax with locals, or party in a nightclub. The city truly illustrates how modern and fun Lebanon really is. There is something for everybody, regardless of their style or budget.

Jeita Grotto: Nominated as one of the new Seven Natural Wonders of the World, the Jeita Grotto is a popular destination for all visitors to the country. It is easily accessible just 18 kilometers north of Beirut and offers natural beauty that is worth seeing.

Al Bass Archaeological Site: This is a UNESCO World Heritage site and is one of the best preserved Roman archeological sites in the world. It includes a Roman Road, an acqueduct, and a Roman Hippodrome.

Lebanese food is similar to that found throughout the Middle East, with slight variations to reflect regional differences. Mezza, or small dishes similar to tapas in Spain, is common in many restaurants. Vegetarian dishes are widely available throughout the country as well.

Shish Tawouk: This is a Lebanese form of barbequed chicken that is marinated with a lemon sauce and then grilled on skewers. It is often served with a garlic paste.

Shawarma Sandwich: Comparable to doner or gyros in other countries, shawarma is seasoned with tarator sauce that is made from sesame oil. The sandwich is often prepared with vegetables and rolled in a thin Lebanese bread.

Manaeesh: Served as part of a traditional Lebanese breakfast, maneesh is similar to a folded pizza. It is topped with any number of things, but the most common is zaatar which is a mixture of thyme, olive oil and sesame seeds.

By nmosly in Intercity Transportation
Transportation in Lebanon is very very expensive specially if you will visit different cities than Beirut which is what you will probably do as Beirut and Lebanon in general is a very small country.

Most probably you will not get lost, the country is very easy to move around using a simple map. Also, people are very friendly when you ask about direction and they will guide you in a very detailed way.