Educational Places and Activities in Chicago

This city is home to some of the most recognized landmarks and historical attractions in the United States. And, the city is also home to some of the most interesting museums in the world, too. Chicago is rife with history, and it is a must-see destination for adults and children alike who are looking to educate, enlighten, and inspire themselves with the world-class museums and culture that Chicago has to offer.

Shedd Aquarium is Chicago's indoor aquarium with more than 32,000 animals. It's located on Museum Campus and has a number of exhibits that include fish, marine mammals, birds, snakes, amphibians, and more.
1200 South Lake Shore Drive, South Loop, Chicago, Illinois, 60605
Website
Interested in more travel advice for Chicago? Check out Christmas in Chicago and Explore the Asian Culture in Chicago.

The Pilsen neighborhood is in the Lower West Side of Chicago and it was historically made up of predominantly Czech immigrants but today it has a large Latino population, lots of great music venues, and a number of a great restaurants. The neighborhood also has impressive murals. There are street vendors who sell tacos as well as the National Museum of Mexican Art.
1235 West 21st Street, Lower West Side, Chicago, Illinois, 60608 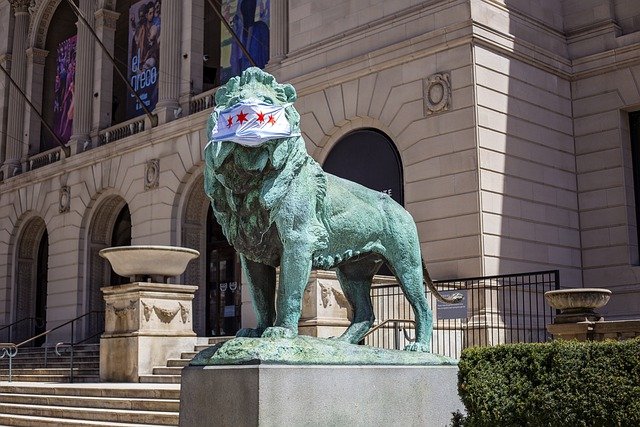 The Art Institute of Chicago dates back to 1879 and is found in Chicago's Grant Park. It's home to one of the oldest and largest art museums in the country where it houses a large collection of more than 300,000 works including Pablo Picasso's The Old Guitarist and Grant Wood's American Gothic.
111 South Michigan Avenue, Loop, Chicago, Illinois, 60604
Website
Chicago has plenty more to offer, so see also our other articles: The Best Local Sites in Chicago and The Best Things to do in Chicago.

Head to Greektown for a lively nightlife scene and excellent restaurants. It's part of the Near West Side community area and this unique neighborhood brings locals and tourists together in a fun setting.
Greektown, Chicago, Illinois, 60607

Museum of Science and Industry 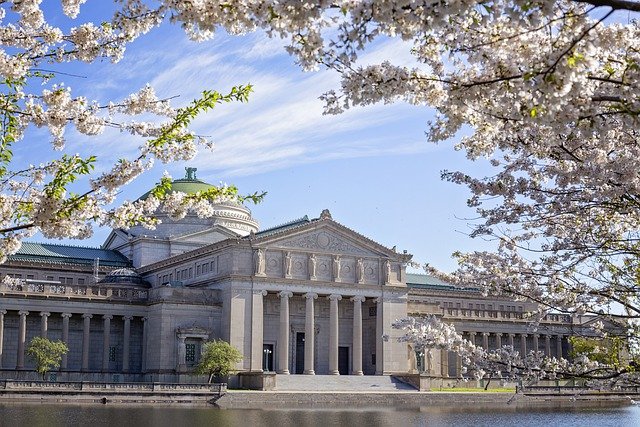 This informative science museum has unique exhibits on everything from mirrors and mazes to the weather. It's a very interactive museum that's perfect for visitors of all ages. There's a restored U-505 German submarine as well as a simulated coal mine. The unique exhibits at this museum make it a popular destination within the city.
5700 S Lake Shore Dr., Hyde Park, Chicago, IL, 60637
Website

This railroad museum is located in South Elgin, and it has a special focus on trolleys, street cars, and other commuter trains. Visitors can board and see a variety of historic trolley and passenger trains from various periods in history. It's also possible to take a ride on their tracks in one of the historic trains. With seasonal events throughout the year and during the holidays, this is a fun place to visit for the while family.
365 S La Fox St, South Elgin, Illinois
Website

Located at Northwestern University, the Dearborn Observatory has an 18.5 ft. telescope which allows visitors to gaze at the night sky like never before. They often have public nights on Friday evenings which are open to the public.
2145 Sheridan Road, Evanston, Illinois, 60208
Website
Chicago has plenty more to offer, so see also our other articles: A Train Lover's Guide to Chicago and An Art Lover's Guide to Chicago. 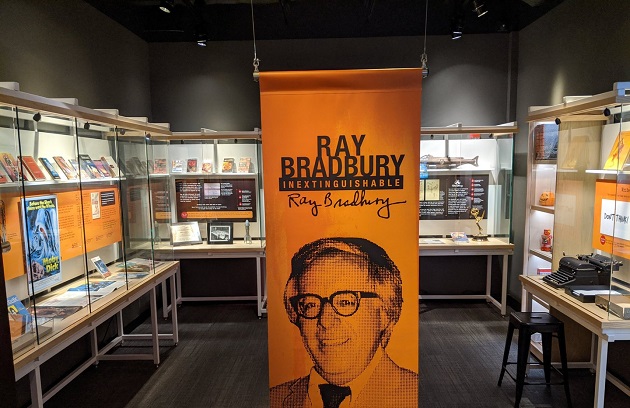 The Great Lakes Aquarium is about 2.5 hours from Chicago and it features a number of habitats and animals from around the world. There are 205 different species of fish, birds, reptiles, amphibians and mammals. This is also one of the few aquariums in the country that focuses almost exclusively on freshwater ecosystems. Many of the habitats are based on those found in the Great Lakes.
353 Harbor Dr #100, Duluth, MN, 55802

Bronzeville Children’s Museum is the first African American children’s museum in the United States. This unique museum takes visitors on a guided tour through a number of hands-on, interactive exhibits. There are a variety of kid-friendly exhibits including "You Are What You Eat", and the African American Inventors tour. This museum is great for kids between the ages of 3 and 9.
9301 S Stony Island Ave, Bronzeville, Chicago, IL, 60617
Website

Located in the impressive Ludwig Mies van der Rohe’s skyscraper at One Illinois Center, this museum has exhibits on the many skyscrapers of Chicago. Located right by the Chicago Riverwalk, they offer a number of walking, bus and boat tours as well.
111 E Wacker Dr,, South Shore, Chicago, IL, 60601
Website
Planning a trip to Chicago? You might also be interested in How to Spend One Day in Chicago and Planetariums Near Chicago.

Located at Joliet Junior College in the western suburbs of Chicago, this planetarium puts on shows in their 30 ft. dome which educate and entertain the public about all things astronomical. Students, school groups, and the general public attend the shows which are scheduled throughout the year.
1215 Houbolt Road, F-Building, Joliet, Illinois, 60431
Website

The Peggy Notebaert Nature Museum offers educational exhibits on the natural world. There are exhibits that cover a number of habitats including the prairies and river ecosystems. There's also an outdoor nature trail (1/3 mile) and a butterfly room.
2430 N Cannon Dr, Lincoln Park, Chicago, 60614
Website

The U-46 Planetarium is run by the Elgin public school system. Operating since 1963, the building is actually registered as a historic place which still provides educational and entertaining astronomy shows to local students and the general public.
355 E Chicago St, Elgin, Illinois, 60120
Website

Brookfield Zoo, or the Chicago Zoological Park, is located just outside of Chicago in the suburb of Brookfield. It has about 450 species and 216 acres of land. This was the first zoo in the country to house both Giant Pandas and an indoor dolphin exhibit. There's also a unique indoor rainforest simulation.
8400 W 31st St, Brookfield, IL, 60513
Website

Prices for activities, things to do, and tours range from $14 to $200. The average cost for a tour or tickets is $70. A few of the best options are below.