When visiting San Francisco, it's hard not to be attracted to the gorgeous views of the water. Surrounded by the bay and ocean on three sides, you can see water around town in plenty of places. From Fisherman's Wharf to the Golden Gate Bridge to the higher viewpoints, water views are everywhere. Here are some of the best spots in San Francisco to enjoy those gorgeous views.

Located in the northwestern part of San Francisco, Baker Beach is a public beach that is about half a mile long. The northern part of the beach is a nude beach.
Seacliff, SF, California, 94121 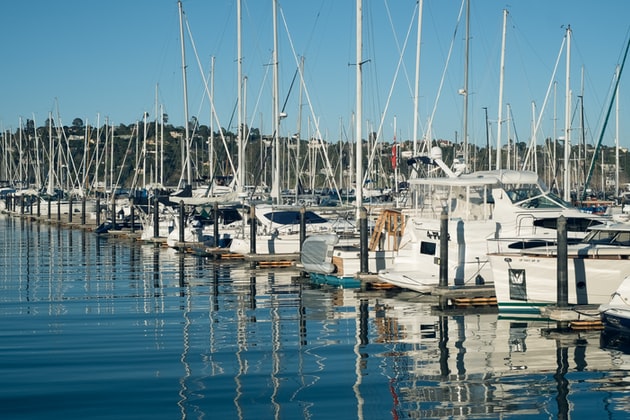 Sausalito is a charming town in Marin County that sits across the by from the city of San Francisco. Visitors enjoy exploring the charming streets, shopping, and dining in one of the local restaurants. The town is also known for its Richardson Bay houseboat enclaves. Views from Sausalito are pretty spectacular as well, particularly as the sun sinks low.
CA

On the north side of the Golden Gate Bridge, in the Marin Headlands area, this small southern-facing beach has fantastic views looking out towards the bridge and the city, as well as the ocean. You'll have to walk about a mile and climb some steps to get down here, but when you do, you'll be alone for the most part.
San Francisco, California
Interested in more travel advice for San Francisco? Check out The Best Places to Enjoy the Water in San Francisco. 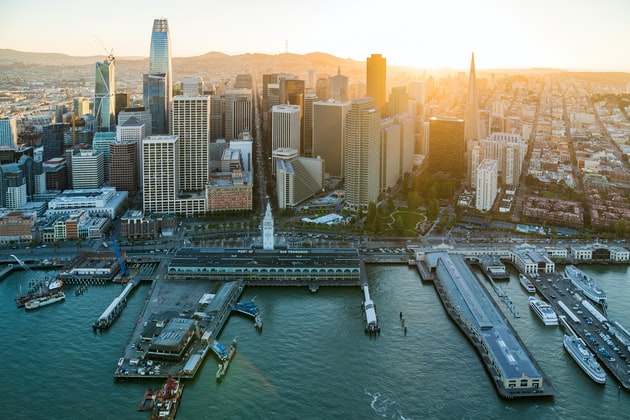 San Francisco's Financial District is where you'll find most of the city's skyscrapers. Famous buildings include the Transamerica Pyramid and the Ferry Building. This area is busy on any given weekday and there are a number of popular Happy Hours after work, but the neighborhood quiets down quickly at night. There are some nice romantic spots and restaurants that couples can enjoy in the neighborhood.

The Embarcadero is the waterfront area by the Financial District. It's lined with piers that look out over the San Francisco Bay. By the Ferry Building there are also wine bars and cafes, as well as a weekend farmer's market.
San Francisco, CA

Prices for activities, things to do, and tours range from $34 to $366. The average cost for a tour or tickets is $103. A few of the best options are below.