How much does it cost to travel to Honduras?

How much money will you need for your trip to Honduras? You should plan to spend around L705 ($29) per day on your vacation in Honduras, which is the average daily price based on the expenses of other visitors. Past travelers have spent, on average, L180 ($7.44) on meals for one day and L261 ($11) on local transportation. Also, the average hotel price in Honduras for a couple is L312 ($13). So, a trip to Honduras for two people for one week costs on average L9,876 ($408). All of these average travel prices have been collected from other travelers to help you plan your own travel budget.

A vacation to Honduras for one week usually costs around L4,938 for one person. So, a trip to Honduras for two people costs around L9,876 for one week. A trip for two weeks for two people costs L19,751 in Honduras. If you're traveling as a family of three or four people, the price person often goes down because kid's tickets are cheaper and hotel rooms can be shared. If you travel slower over a longer period of time then your daily budget will also go down. Two people traveling together for one month in Honduras can often have a lower daily budget per person than one person traveling alone for one week.


How expensive is Honduras? How much money do I need for Honduras?

How much does a trip to Honduras cost? Is Honduras expensive? The average Honduras trip cost is broken down by category here. All of these Honduras prices are calculated from the budgets of real travelers.

Find a hostel, guesthouse, or B&B in Honduras

Typical prices for Transportation in Honduras are listed below. These actual costs are from real travelers and can give you an idea of the Transportation prices in Honduras, but your costs will vary based on your travel style.

How much does it cost to go to Honduras? Naturally, it depends on the dates. We recommend SkyScanner because they can find the best deals across all airlines.

The price of renting a car in Honduras will depends on dates, the type of car, the location, and your age. We recommend SkyScanner because they can find the best deals across all car rental companies.

Tips and Handouts Budget in Honduras

Honduras On a Budget 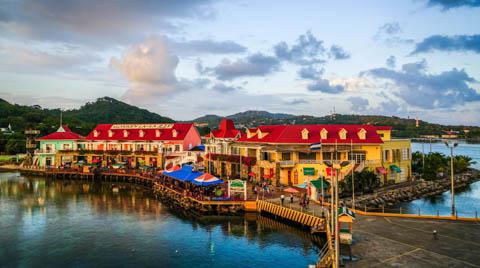 Roatan, Honduras
Honduras is the second largest country in Central America and offers visitors far more diversity than many realize. It has colonial villages, ancient Maya ruins, natural parks, and the Bay Islands. It has a coastline on both the Pacific and Caribbean sides and is a popular destination for scuba diving and snorkeling.

In the larger cities such as Tegucigalpa, San Pedro Sula, La Ceiba, Tela, and elsewhere you will find good amenities for tourists, but if you travel to the more rural and less frequented areas you will find basic accommodation and limited facilities.

A little bit of money can go a long way in Honduras. Prices are generally quite low, and if you're willing to pay slightly more you will find the quality of the hotel increases dramatically.

Honduras can be divided roughly into three areas. Caribbean Honduras offers the most beaches and port towns as well as the offshore islands and lowland jungle. The Honduran Highlands include the capital city as well as many of the Mayan ruins, mountains, and the old Spanish colonial hill towns. Pacific Honduras is the smallest region and includes the major Pacific ocean ports.

In recent years cruise lines have begun traveling to the Caribbean side of Honduras. With the cruise ships have come an influx of tourists and major infrastructure development. The dynamic and atmosphere of the islands have changed, but the diving and snorkeling remains superb. Outside of the coastal ports you'll find areas that remain untouched by these developments, but the coastline continues to rapidly evolve and change.

Copan Ruinas: These ruins once formed one of the great centers of Mayan civilization dating over a thousand years ago. The ruins are found in western Honduras and are one of the country's major tourist attractions. There is a nearby town of the same name where you can find modern hotels and tourist facilities.

Roatan: This is one of the Honduras Bay Islands which is found in the Caribbean Sea. It's conveniently located near one of the largest barrier reefs in the world, second only to the Great Barrier Reef in Australia. It remained a hidden gem for many years but has recently become a port of call for cruise ships. It's a popular scuba diving and snorkeling destination for many visitors.

Musuem of Anthropology and History: If you have a day or two in San Pedro Sula consider heading to this museum. It has a wide variety of items on display including pre-Columbian pottery, grinders, and more.

Food in Honduras is a blend of African, Spanish, and indigenous flavors. It makes use of coconut more than many of the neighboring countries. You'll also find many different seafood dishes around the Bay Islands.

Plato Tipico: This is the most popular dish in Honduras and is commonly prepared for lunch. It includes rice, beef, fried beans and fried bananas and is sometimes served with chimol which is a fresh salsa that is made from tomatoes, green peppers, onions, cilantro and lime juice.

Baleadas: This dish includes a flour tortilla that is filled with refried beans, cheese, and a cream that is similar to sour cream. It sometimes includes an egg, avocado, or meat in the filling as well.

Enchiladas: Honduran enchiladas are different from those found in Mexico. The are made with flat tortillas that are fried and topped with beef, cheese and sauce.