How much does it cost to travel to Lithuania?

How much money will you need for your trip to Lithuania? You should plan to spend around €67 ($75) per day on your vacation in Lithuania, which is the average daily price based on the expenses of other visitors. Past travelers have spent, on average, €27 ($30) on meals for one day and €5.95 ($6.67) on local transportation. Also, the average hotel price in Lithuania for a couple is €65 ($73). So, a trip to Lithuania for two people for one week costs on average €934 ($1,048). All of these average travel prices have been collected from other travelers to help you plan your own travel budget.

A vacation to Lithuania for one week usually costs around €467 for one person. So, a trip to Lithuania for two people costs around €934 for one week. A trip for two weeks for two people costs €1,868 in Lithuania. If you're traveling as a family of three or four people, the price person often goes down because kid's tickets are cheaper and hotel rooms can be shared. If you travel slower over a longer period of time then your daily budget will also go down. Two people traveling together for one month in Lithuania can often have a lower daily budget per person than one person traveling alone for one week.


How expensive is Lithuania?

How much does a trip to Lithuania cost? Is Lithuania expensive? The average Lithuania trip cost is broken down by category here. All of these Lithuania prices are calculated from the budgets of real travelers.

How much does it cost to go to Lithuania? Naturally, it depends on the dates. We recommend SkyScanner because they can find the best deals across all of the airlines.


How much money do I need for Lithuania?

How much do tours to Lithuania cost? Multi-day tours can often be an effecient way to see the highlights of a country or region.

Find a hostel, guesthouse, or B&B in Lithuania

Lithuania On a Budget 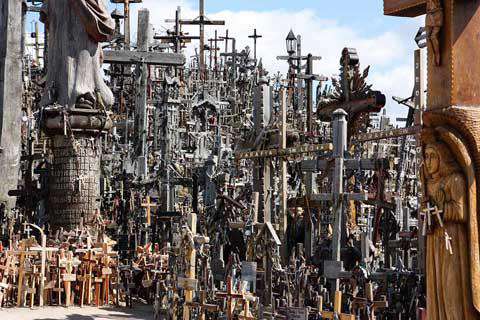 The Hill of Crosses, Siauliai
Lithuania, although a very small country, has much to offer. From the old world charm of its capital city, Vilnius, to the beautiful, rural, coastline around Nida, you can really relax and make yourself at home in this quaint country. It is a small Baltic country in Northern Europe that touches the Baltic Sea to the west and Lativa to the North. It is also bordered by Belarus, Poland and Russia (Kaliningrad).

Lithuania can be divided into five different regions which have their own unique differences and personalities. Aukstaitija is in the northeast and has highlands and natural beauty. Zemaitija is in the northwest and offers a fascinating culture as well as the Hill of Crosses. The capital city of Vilnius is located in Dzukija, which is to the south and Suduva is to the southwest. Lithuania Minor is along the coastline and offers impressive sand dunes and coastal towns.

Given its small size, the country has a lot to offer visitors. There are many religiously significant sites that attract pilgrims from all over the world. There are also impressive natural settings, quaint small towns, and vibrant cities and university towns that provide fun settings in which you can relax.

Basketball is a favorite sport among many Lithuanians. It makes up an interesting part of the country's history and has always been a source of national pride. They are a basketball powerhouse and if the opportunity presents itself to attend a game, this can be a fun and unique experience.

Hill of Crosses: The Hill of Crosses is located just a few kilometers from the city of Siauliai. This is an impressive pilgrimage site that has more than 100,000 crosses of all sizes. Each cross has been put on the hill by religious pilgrims who have made the trip.

Curonian Split: This World Heritage Site divides the Curonian Lagoon and the Baltic Sea. It is also shared by both Russia and Lithuania and can be reached from the city of Klaipeda. People visit the area for its coastal feel and the impressive sand dunes.

Aukstaitija National Park: This is one of the most popular national parks in the country. In it you will find elk, deer and wild boar as well as many plants and birds that are endangered. There are also 126 lakes and numerous streams that make this a great place for water sports when the weather is appropriate.

Lithuanian cuisine is hearty in nature, in part due to the area's cold climate. It features items typical of a cold environment such as barley, potatoes, rye, beets, greens, berries, and mushrooms. Dairy products are also popular throughout the country. The food is similar to that found in other Eastern European countries, but there is a unique, local twist on most dishes.

Kugelis: This Lithuanian dish is a potato pudding that is made from grated potatoes and eggs. It is served with sour cream and spirgai.

Blynai: Although blynai are often described as pancakes, they are usually more similar to crepes because they are quite thin and are often mixed with fillings such as apples, potato, meat, or mushrooms. They can be either sweet or savory in nature.

Koldunai: These are a variation of Lithuanian dumplings. They are generally filled with things such as minced meat, sausage, cottage cheese or mushrooms and can be topped with crumbled bacon. They are similar to Polish pierogi but smaller in size. 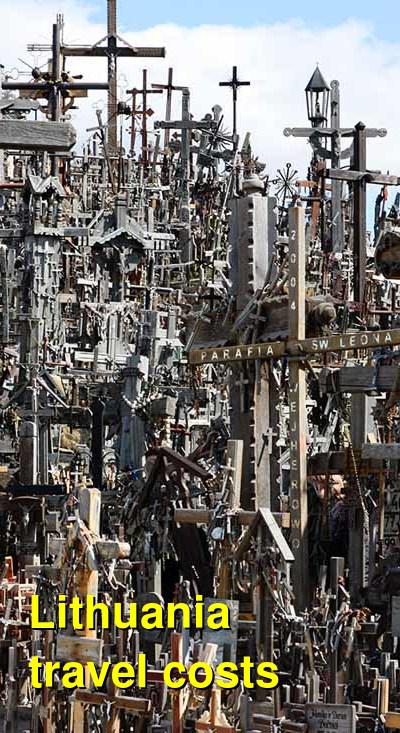 Cheaper Prices in the Shoulder Season

By Bryan in Accommodation
If you're looking for cheaper prices in Lithuania (or anywhere in the Baltics), travel during the shoulder season. If you can handle the weather being slightly cooler than in the summer (it's really not that bad in the spring), then you can save up to half off of normal summer hotel prices. Everything from luxury hotels to cheap hostels are are a bargain in spring and autumn.