Moskva, Russia
Europe / Russia /
Due to the ongoing military conflict in the Ukraine, along with sanctions and boycotts, it is not recommended to travel to Russia.

How much does it cost to travel to Moscow?

How much money will you need for your trip to Moscow? You should plan to spend around ₽4,642 ($77) per day on your vacation in Moscow, which is the average daily price based on the expenses of other visitors. Past travelers have spent, on average, ₽1,052 ($17) on meals for one day and ₽453 ($7.48) on local transportation. Also, the average hotel price in Moscow for a couple is ₽5,864 ($97). So, a trip to Moscow for two people for one week costs on average ₽64,987 ($1,074). All of these average travel prices have been collected from other travelers to help you plan your own travel budget.

A vacation to Moscow for one week usually costs around ₽32,493 for one person. So, a trip to Moscow for two people costs around ₽64,987 for one week. A trip for two weeks for two people costs ₽129,973 in Moscow. If you're traveling as a family of three or four people, the price person often goes down because kid's tickets are cheaper and hotel rooms can be shared. If you travel slower over a longer period of time then your daily budget will also go down. Two people traveling together for one month in Moscow can often have a lower daily budget per person than one person traveling alone for one week.


How expensive is Moscow? How much money do I need for Moscow?

How much does a trip to Moscow cost? Is Moscow expensive? The average Moscow trip cost is broken down by category here. All of these Moscow prices are calculated from the budgets of real travelers.

Looking for a hotel in Moscow? Prices vary by location, date, season, and the level of luxury. See below for options.

How much does it cost to go to Moscow? Naturally, it depends on the dates. We recommend Kayak because they can find the best deals across all airlines.

The price of renting a car in Moscow will depends on dates, the type of car, the location, and your age. We recommend Kayak because they can find the best deals across all car rental companies.

What did other people spend on Transportation in Moscow?

Typical prices for Transportation in Moscow are listed below. These actual costs are from real travelers and can give you an idea of the prices in Moscow, but your costs will vary based on your travel style.

What did other people spend on Food in Moscow?

Typical prices for Food in Moscow are listed below. These actual costs are from real travelers and can give you an idea of the prices in Moscow, but your costs will vary based on your travel style.

What did other people spend on Entertainment in Moscow?

Typical prices for Entertainment in Moscow are listed below. These actual costs are from real travelers and can give you an idea of the prices in Moscow, but your costs will vary based on your travel style.

Tips and Handouts Budget in Moscow

Moscow On a Budget 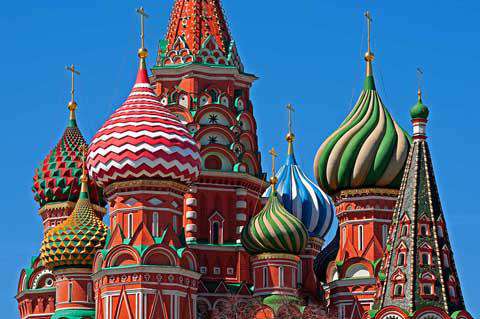 Moscow
Moscow is the capital of Russia and is notable for its important role in history. It's a very sprawling city with many museums and fascinating buildings. Ten percent of Russia's population lives in this capital city and it's a financial and political center for the country. The Moskva River weaves its way through the city and you will find most of the city's sights and attractions on the northern side of the river.

The city's geography is created by the many "Ring Roads" that circle the city at various distances out. The Red Square and the Kremlin are at the very center and the ring that is closest in is the Boulevard Ring, or Bulvarnoye Koltso. The next ring road is the Garden Ring, or Sadovoe Koltso and the third ring is the most recent, and rarely used by tourists.

Moscow has countless sights for tourists, some of them world famous, and others more off the beaten path. Sights and attractions include Red Square, the Kremlin, Old Arbat Street, Bolshoi Theatre, Tretyakov Gallery, Pushkin Museum, Novodevichy Convent, the Church of the Ascension, Ostankino Tower, and the Institute of Russian Realist Art. For even more ideas and places to see, check out this article about essential places to visit in Moscow.

Moscow is divided into six districts that are referred to as okrugs. The "ring roads" create the basis for the neighborhood network with the Kremlin at the center. Most of the historical buildings and interesting sights can be found within the Boulevard Ring. There are many museums within the Garden Ring and the hotels, restaurants and shopping areas are spread throughout the entire city. The area that stretches from the Kremlin to the Boulevard Ring is called the "Bely Gorod" or "White Town" because of its white stone walls. The area from the Boulevard to the Garden Rings is called "Zemlyanoi Gorod" or "Earth Town". The Kremlin has many cathedrals, palaces, a concert and congress hall and, famously, the seat of presidential power. The area spreads over one and a half miles and is surrounded by red brick walls. On the eastern side is Red Square.

There are many different activities you can enjoy around Moscow. There are two circuses, the Nikulin circus and the new circus near the University. Many visitors also enjoy the Obraztsov Puppet Theatre, the Novaya Opera and the Moscow Ballet. Also try and visit a Russian bathhouse which is an interesting experience. Russian cooking classes can also be fun, as is a visit to the Kva-Kva Water Park.

Eating out in Moscow can be very expensive, but there are options that are more affordable if you can figure out where the locals eat. You will pay a significant markup if you go to restaurants that are designed specifically for foreigners. You can find business lunch specials at many of the smaller restaurants within the Sadovoye ring. These deals are usually available between the hours of noon and 3:00 pm and usually include a cup of soup or appetizer, a small entree, bread, and a drink. There are also American chains around including McDonald's and TGI Fridays. They are reasonably priced but no better than you might expect back home. Other affordable dining options include food courts and smaller cafes.

You can travel around Moscow by metro, bus, trolleybus and tram. The central part of town can be explored on foot, but because the city is so big, you will be more efficient if you plan your day around the metro system. It is comprehensive and cheap to use. In general, it is about a three minute travel time between each station, although there are some exceptions to this rule.

There are both bus and trolleybus routes along most of the larger streets. Most of the buses and trolleybuses operate only during the daytime but there are several night routes as well. There is usually a bus stop roughly every 500 feet, or 150 meters. If you're outside of the city center then you may find yourself taking a bus to the metro, as the metro stops are farther apart. In general, there is no schedule for the buses and trolleybuses because they are heavily influenced by traffic, but they are frequent enough that this is usually not a problem.

Trams are much less common now that the metro and trolleybuses have become a major form of transportation. It is more common in some districts than others, but in general, most of the tram routes have been replaced by trolleybuses.

Another option for transport in Moscow is the Marshrutka. This is somewhere between private tranport and traditional buses. They usually follow the same routes as buses and are comparable to minibuses. In general, they're a little faster than buses although the drivers can be reckless.