How much does it cost to travel to Dakar?

How much money will you need for your trip to Dakar? You should plan to spend around CFA137,140 ($247) per day on your vacation in Dakar, which is the average daily price based on the expenses of other visitors. Past travelers have spent, on average, CFA9,030 ($16) on meals for one day and CFA1,332 ($2.40) on local transportation. Also, the average hotel price in Dakar for a couple is CFA249,306 ($449). So, a trip to Dakar for two people for one week costs on average CFA1,919,963 ($3,454). All of these average travel prices have been collected from other travelers to help you plan your own travel budget.

A vacation to Dakar for one week usually costs around CFA959,982 for one person. So, a trip to Dakar for two people costs around CFA1,919,963 for one week. A trip for two weeks for two people costs CFA3,839,927 in Dakar. If you're traveling as a family of three or four people, the price person often goes down because kid's tickets are cheaper and hotel rooms can be shared. If you travel slower over a longer period of time then your daily budget will also go down. Two people traveling together for one month in Dakar can often have a lower daily budget per person than one person traveling alone for one week.


How expensive is Dakar? How much money do I need for Dakar?

How much does a trip to Dakar cost? Is Dakar expensive? The average Dakar trip cost is broken down by category here. All of these Dakar prices are calculated from the budgets of real travelers.

Find a hostel, guesthouse, or B&B in Dakar

What did other people spend on Food in Dakar?

Typical prices for Food in Dakar are listed below. These actual costs are from real travelers and can give you an idea of the prices in Dakar, but your costs will vary based on your travel style.

How much does it cost to go to Dakar? Naturally, it depends on the dates. We recommend SkyScanner or Kayak because they can find the best deals across all airlines.

Tips and Handouts Budget in Dakar

Dakar On a Budget

Dakar
Located in West Africa, Dakar is the capital city of Senegal and an Atlantic port on the Cap-Vert peninsula. Main attractions include the city's markets, the Dakar Grand Mosque, Goree Island, the IFAN Museum, the African Renaissance Monument, beaches, and the Senegal Zoo.

A few of Dakar's major landmarks include buildings such as the Grand Mosque (built in 1964) and Dakar Cathedral, as well as Africa's tallest statue-the 160-foot-tall bronze African Renaissance Monument, which depicts a young woman, man, and a child pointing out to sea raised in the man's left arm. The IFAN Museum of African Arts (or the l'Institut Fondamental d'Afrique Noire) is also popular, housing some of the most important collections of ancient artifacts from Francophone Africa, as well as serving as a prime location during the Dakar Biennale to promote contemporary African artists.

Goree Island is another interesting location to visit, known as a minor location used for the transport of slaves headed to the Americas. The island showcases colonial architecture, mostly in ruins, including a landmark "House of Slaves" museum that features educational and moving exhibits. Ferries leave from Place de l'Independence several times per day for a 20-minute ride between Dakar and Goree.

Other attractions include clifftop walks and beaches, as well as the Parc Forestier et Zoologique de Hann (Senegal's zoo). The gardens here feature a wide variety of Senegalese plant life and the zoo contains over 180 animal species.

The Corniche Ouest route is a nice walk or ride that hugs the coast and offers nice views of the water. It goes past a few beaches and the Grand Mosque before ending up downtown.

For a short trip just outside of the main city, visit Lake Retba, also known as "Pink Lake." It is located about 30 kilometers northeast of Dakar, iconic for its striking pink color created by high-salt algae. The color is especially vivid during the dry season (from November to June).

Throughout Senegal, the cuisine reflects North African, French, and Portuguese influence as well as that of the nation's many ethnic groups. The country's location on the Atlantic coast makes fish in particular very important to Senegalese cooking, especially with Dakar as a port city. Chicken, lamb, and beef are also used, but pork is not due to the nation's largely Muslim population. Peanuts, the primary crop of Senegal, as well as couscous, white rice, sweet potatoes, lentils, black-eyed peas, and various vegetables are also incorporated into many recipes. Meats and vegetables are typically stewed or marinated in herbs and spices, and then poured over rice or couscous, or eaten with bread. One of the most popular meals, known as the national dish of Senegal, is Thieboudienne, which consists of fish that has been marinated with parsley, lemon, garlic, onions (and other herbs), and then later cooked with tomato paste and a variety of vegetables such as lettuce, cabbage, and carrots, to be served with rice. It resembles Spanish paella. Other common ingredients include bissap, ginger, buy (fruit of the baobab tree), and mango.

Dakar is a major West African hub, so there are plenty of flights coming from and going to Europe, North America, and other African cities. Blaise Diagne International Airport is the primary airport serving the city, and is located about 50 kilometers from the city center. Transportation from the airport is mainly available via bus or taxi, though there are plans as of January 2018 to construct a railway between Dakar and the airport.

Leopold Sedar Senghor International Airport is located within the city itself, though it is much smaller and thus has fewer options as far as flights go. 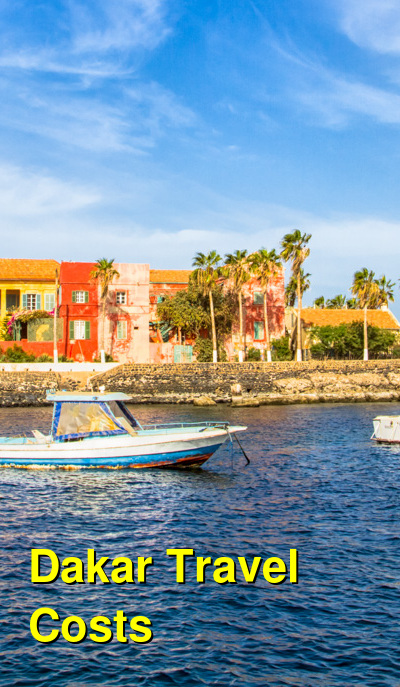 By backpackguru in Accommodation
Dakar is one city where it's definitely a good option to make a reservation before you arrive. Depending on where you're coming from, there's a good chance you'll be arriving after dark, or even late into the night, which can be a little intimidating. It's worth the peace of mind to have reservations ahead of time, and already have arranged an airport pickup. You'll pay more, but sometimes it's worth the extra bucks. Do read reviews of your hotel before you book. Options are variable in quality.