Things to Do Just Outside of New York City

Day Trips and Nearby Activities

Let's be honest, sometimes you need to escape the city. Whether you're a local or a visitor, the towns and regions around New York City offer plenty of fun activities and destinations. And they can also be convenient to get to, so it's not a huge effort to get there, either. Whether you're going right over the river into New Jersey, or further away into Long Island or Connecticut, the train will take you to most places quickly, cheaply, and efficiently.

So, what are these gems outside of the city? We've assembled the best places to visit just outside of New York City for either a half-day or a full day trip from the city. You won't be disappointed. Also, many of these places are family-friendly and great for kids! 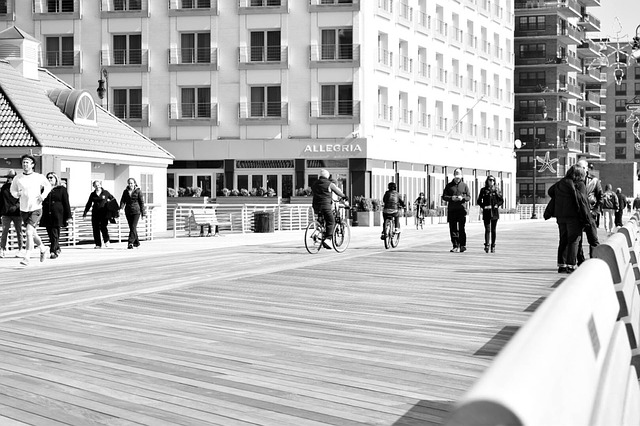 Long Beach on Long Island offers a large stretch of sand from the Atlantic Beach area on the western side to Point Lookout on the eastern side. You can get here from Manhattan on the LIRR, and once you do you will be greeted with relaxing waves, chairs and umbrellas for rent, a nice long boardwalk, and various restaurants, bars, and ice cream shops along the main road for when you get hungry or thirsty. You can also take surfing lessons here, or enjoy the concerts in the summer.
300 W Broadway, Long Beach, New York, 11561
Website

Formerly Atlantis Marine World, the Long Island Aquarium opened in 2000 in Riverhead. It's home to a 20,000-gallon coral reef tank, which is one of the largest all-living coral displays in North America. Visitors can also see a huge shark tank, penguins, sea lions, a boat ride, and more. There's more than 100 exhibits in total which makes for a great day for the entire family.
431 East Main Street, Riverhead, New York, 11901
Website

This huge indoor amusement park is full of roller coasters, rides, and other fun activities, and is open year-round. Located very close to the New York City in East Rutherford, New Jersey, this place is part of the American Dream complex which also has a water park and a huge aquarium, too. The rides are exciting and fun for everyone in the family from kids to adults.
1 American Dream Way, East Rutherford, New Jersey
Website

Located at the American Dream complex in East Rutherford, this indoor water park is open year-round and claims to be the largest indoor water park in America with the country's largest indoor wave pool as well. With plenty of slides and pools for adults and kids of all ages, this is a terrific escape from the city any time of the year.
1 American Dream Way, East Rutherford, New Jersey
Website

Jones Beach in Wantagh on Long Island is very popular, and can get crowded in the summer. But the popularity is warranted as the beach here is terrific, and there's also a lengthy boardwalk, changing areas and bathrooms, and other nice facilities. They also have concerts in the summer which bring in a crowd. As it's a state park, there is a small admission fee.
1 Ocean Pkwy, Wantagh, New York, 11793