How much does it cost to travel to Linz?

How much money will you need for your trip to Linz? You should plan to spend around €91 ($95) per day on your vacation in Linz, which is the average daily price based on the expenses of other visitors. Past travelers have spent, on average, €25 ($26) on meals for one day and €33 ($35) on local transportation. Also, the average hotel price in Linz for a couple is €93 ($97). So, a trip to Linz for two people for one week costs on average €1,274 ($1,326). All of these average travel prices have been collected from other travelers to help you plan your own travel budget.

A vacation to Linz for one week usually costs around €637 for one person. So, a trip to Linz for two people costs around €1,274 for one week. A trip for two weeks for two people costs €2,547 in Linz. If you're traveling as a family of three or four people, the price person often goes down because kid's tickets are cheaper and hotel rooms can be shared. If you travel slower over a longer period of time then your daily budget will also go down. Two people traveling together for one month in Linz can often have a lower daily budget per person than one person traveling alone for one week.


How expensive is Linz? How much money do I need for Linz?

How much does a trip to Linz cost? Is Linz expensive? The average Linz trip cost is broken down by category here. All of these Linz prices are calculated from the budgets of real travelers.

Looking for a hotel in Linz? Prices vary by location, date, season, and the level of luxury. See below for options.

How much does it cost to go to Linz? Naturally, it depends on the dates. We recommend Kayak because they can find the best deals across all airlines.

The price of renting a car in Linz will depends on dates, the type of car, the location, and your age. We recommend Kayak because they can find the best deals across all car rental companies.

What did other people spend on Food in Linz?

Typical prices for Food in Linz are listed below. These actual costs are from real travelers and can give you an idea of the prices in Linz, but your costs will vary based on your travel style.

Linz On a Budget 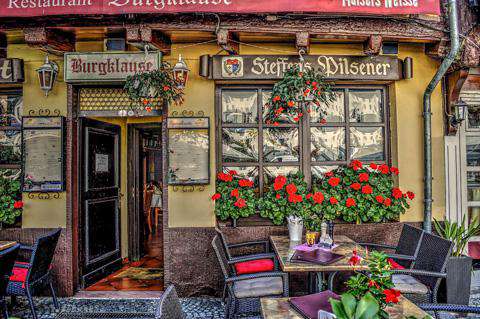 Linz, Austria
Located on the shores of the Danube River, Linz is Austria's third largest city and the capital city of the Upper Austria province. It is best known for is Renaissance architecture including a number of churches as well as a historic castle.

In a city full of Renaissance architecture, what better place to start than Linz Castle, or Linzer Schloss. Dating as early as the 6th century, the castle is the former residence of emperor Friedrich the III and has been rebuilt and altered in many ways since then. Between the 1950s and 1960s, the fortress was rebuilt and restored as the Upper Austrian Castle Museum. Today, it contains permanent exhibitions of art from the Middle Ages to the present day, including historical weapons, musical instruments, coins, folklore, technical history, and the Kastner Family collection.

Also prominent in Linz are churches new and old. One of the more historic examples is the Old Cathedral or Alter Dom, which was first built in the 15th century, featuring a Baroque interior and two iconic dome towers. A more recent feat of architecture is the New Cathedral, or MariÃ¤ EmpfÃ¤ngnis Dom, which is the largest church in Austria, seating 20,000 and showcasing 19th-century stained glass as well as a tall spire.

As far as museums go, Linz is home to a few unique modern venues. One is the Ars Electronica Center, just across the Danube River from Old Town Linz. Built in 2009, it is a center for electronic arts that showcases technology-based exhibits. Another is the Lentos Art Museum, situated on the opposite waterfront. This venue hosts a vast collection of contemporary art and is beautifully lit in the evenings.

Linz is known for its sizable Alstadt, or Old Town, which is located at the foot of the Linz Castle. The main street “LandstraÃe” leads from the “Blumauerplatz” to “Taubenmarkt” (Pigeonmarket) near the main square. Also known as the Hauptplatz, this main town square is the best place to start exploring the city. It is located right on the Danube River and makes a great open space for admiring Baroque 16th-century architecture, like that of the Old City Hall, which also features Gothic and Renaissance elements. The centerpiece of this square is the DreifaltigkeitssÃ¤ule, or Trinity Column, which is sculpted out of marble. Carved by Sebastian Stumpfegger in the 16th century, the column is dedicated to the holy trinity in commemoration of those who died during the plague epidemics. To the west of the main square, there is an old quarter with many additional historic buildings reminiscent of the Renaissance. Most of the museums, art, architecture, and churches radiate out from this old town center.

Visitors are free to explore the sights of Linz at their own pace or join an Old Town Walking Tour, which offers a more guided experience of the city's unique past and architecture. For those willing to venture a little outside of the city, visitors can also take a tram up to the historic PÃ¶stlingberg-the city's highest point on the left bank of the Danube with a church and overlook. Other highlights include the pilgrimage church Wallfahrtsbasilika, the over 800 animals of Linz Zoo, and the more than 8,000 varieties of plants at the Botanical Gardens.

The cuisine of Austria varies depending on the region; however, dishes are generally composed of influences from throughout the former Austro-Hungarian Empire. Regional differences are usually significant from nearby nations like Italy, Hungary, Bohemia, Germany, and the Balkans, which have had an effect on Austrian cooking. As the capital city of Upper Austria, Linz cuisine is especially influenced by neighboring Bavaria and Bohemia. Various kinds of dumplings are very popular and include varieties like SpeckknÃ¶del (dumplings with pieces of bacon), MarillenknÃ¶del (filled with apricots and topped with sweet breadcrumbs), Kasnocken (filled with cheese), GermknÃ¶del (filled with plum jam), and SpinatknÃ¶del (made of spinach). One famous treat from Linz is the Linzer Torte-a cake that features ground almonds or nuts and red currant jam. Another variety is Linzeraugen, which are fine, soft biscuits filled with red currant jam, known as Ribiselmarmelade.

Linz Airport or Blue Danube Airport Linz is the nearest major airport serving the Linz area, located about 12.5 Kilometers southwest of the city. Visitors can take a bus from the airport to the city in about 20 minutes, but be aware that it does not operate on Sundays. An alternative is to fly into the better-connected Vienna International Airport and then take the train directly from Vienna to Linz.

Linz also has hourly connections to Salzburg and Vienna, and from there to all important European capitals and cities.

By backpackguru in Entertainment
Linz is a city that always seems to have a festival. Before you plan a trip here, find a schedule of events and try to plan according. Some of the more popular events including the Crossing Europe Film Festival in April, the Linz Festival, and the "Pflasterspektakel" which fills the streets with a variety of acts and street performers.

If you're going to be in Linz during a popular event, remember to book ahead. Prices can go up so search long and hard to find the best deal.