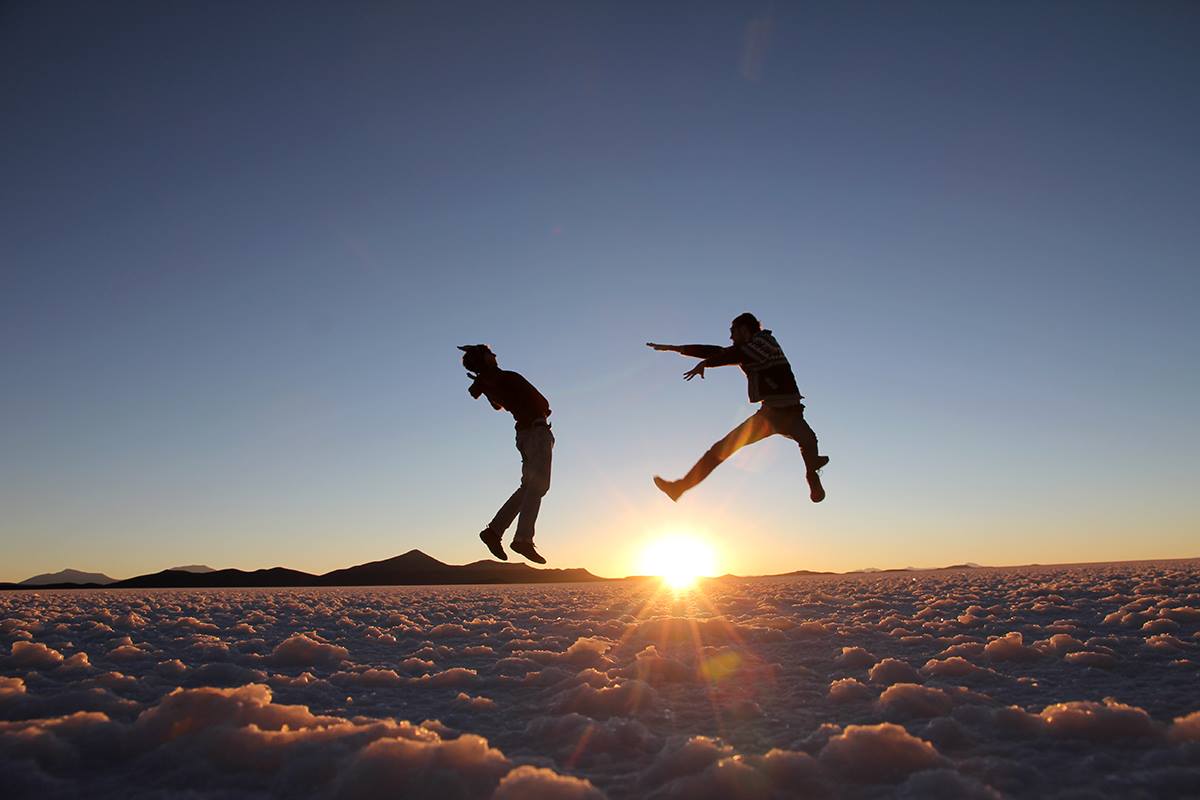 During his two years on the road, Marek has traveled extensively through Southeast Asia and Latin America. What started as a few months spread into several years of travel, during which he made countless friends, experienced dozens of countries and cultures, and learned to live spontaneously. You can learn more about his trip and future trips by visiting his blog, IndieTraveller where he discusses long term travel and backpacking in Asia and Latin America.

What motivated you to take such a big trip?

It was entirely unplanned. In fact, when I was on my flight to Southeast Asia I still had no idea how big my trip was ultimately going to be.

I had broken up with my girlfriend at the time, and I had lost my job (which is typically a bad thing, but it worked out perfectly for me). I did some freelance work for a few months but got increasingly attracted to the idea of taking a break to travel. With a lot of savings in the bank, I decided now would be the time to go to Thailand. I was thinking two months would be plenty; I had never travelled for longer than 3 weeks or so before, so this was going to be the biggest vacation I’d ever had.

A couple of weeks into that trip I found myself in northern Thailand, staying mainly in backpacker hostels. People I met kept discussing when they were going to Laos, and people kept asking me if or when I was going to Laos too. I had hardly ever heard of the country, hadn’t researched it, and knew nothing about it. But that was obviously where for many the backpacker trail led, and so on a whim I went into Laos with two friends I had made in Chiang Rai. Laos then led to Vietnam, Vietnam led to Cambodia, and so on. I ended up traveling for nearly two years.

Where have you gone and where are you going?

I first went to every country in Southeast Asia (with the Philippines and Myanmar being my personal highlights of the region). I then made a pitstop back in Europe, and went on to travel all over Latin America, essentially making my way from northern Mexico all the way down to Argentina.

After nearly two years of travel I am now taking a break as I wanted to have a bit of a solid base again. That said, I’m researching Indonesia at the moment as that’s looking to be my next destination. Last year I stayed on one particular island in Indonesia for nearly the entire duration of my visa allowance. I was so happy just to be on a tropical beach this whole time that I barely saw anything else. It was fantastic, but I swore I would come back to see more of this amazing country. And after that… who knows!

How much did you plan of your itinerary and how much was spontaneous?

I had extensively researched Thailand before the start of my trip. By the time I actually set foot in Thailand my Lonely Planet guide already looked like it had been used for years… all dog eared, folded, underlined, etc.

But I quickly came to realize how much time can be wasted on research. I found that you can never quite predict what things are like on the ground, nor how your travel goals and desires evolve during your trip. Maybe planning everything very tightly is important if you are going away for a week, but if you have a lot of time I find it’s far better to be spontaneous.

I do use guidebooks from time to time, and I take a high-level survey of a destination through internet research and travel blogs, but I don’t block things out in huge detail anymore. There’s no point in trying as whatever I plan will change anyway. Improvisation can seem scary but it’s honestly one of my favorite things about independent travel.

How did you decide which places to go?

Sometimes it’s based on information I looked up, though often it’s just by talking to people you meet along the way (whether it’s locals or fellow travelers). A lot of popular backpacking countries will have a fairly obvious ‘trail’ (a convenient circuit that most people follow), so if you’re at a loss for where to go next you can usually figure out the obvious next step quite easily. Veering off the well trodden path can be rewarding as well, of course.

How do you travel around?

Almost exclusively overland, by bus or train. I do take short flights every now and then whenever it makes obviously more sense (e.g. flying 1 hour versus 35 hours on a bus going through terrible dirt roads). Generally I do find overland travel not just cheaper but also more appealing. It gives you a better sense of how places connect, you get to see the changes in the landscape, and just being in a local bus or train can add a lot to the travel experience.

What have you learned about yourself or what do you think you will learn?

Extended travel does great things for your general life skills and overall level of confidence. I feel like I could be airdropped into any situation now and somehow make due. In the beginning I might have been worried about things like ‘where am I going to stay tonight’ or ‘how will I ever communicate with this person without English’ but then I learned everything can be dealt with easily by being pragmatic and always maintaining a sense of humor.

I also learned that you can meet interesting people anywhere, and that you ultimately need very few material possessions to be happy. After living out of a backpack for such a long time, I was completely shocked to see how much useless stuff I still had left in my storage unit at home (despite a concerted effort to downscale!).

How did you determine (or manage) your budget for your trip?

Since I had a good amount of savings before I started, budgeting for me is mostly about getting a ballpark estimate. I want to know how cheap or expensive a country will be roughly. If I go a little over budget that’s fine, and sometimes I spend less than expected and that’s fine too of course! Sites like yours, or travel blogs that share cost break downs, are very helpful in figuring out roughly what I’ll need to set aside. It will always vary a bit though as everyone inevitably has somewhat different spending habits.

While traveling I try to keep a rough tally in my head of what I’m spending every day on average. Every month or so I’ll check my account through internet banking to see if I’ve been tracking ok.

What’s the craziest story you have from your trip so far?

I get this question a lot and I actually never quite know how to answer it. People probably expect to hear the sort of outrageous story you tell your mates in a pub, but most of my stories are really in-the-moment ‘you had to be there’ experiences. But, anyway, here’s a random one:

In a small town in Laos I was ready to call it a night after having had some drinks with my travel buddies, but on the way home we heard some music in the distance. Curious, we investigated. Following the direction of the sound we ended up at this large disused airfield where a huge Laotian wedding was taking place. There was a band playing music and all these traditional flower decorations and lots of tables with plastic chairs set up in the middle of this jungle airfield. We observed from the sidelines for a minute, but then immediately someone came to us and quite literally pulled us in, generously sharing drinks and food with us. Soon after I found myself dancing in a big circle with children, grandparents, etc. etc. We could hardly communicate with each other through language but somehow we managed to make a lot of friends that night.

I love it when unexpected things happen. Sure, the ‘big moments’ in travel are usually the famous sights like Machu Picchu or Ha Long Bay, but I really cherish the fun little unexpected moments. For instance, one of my favorite memories from the Philippines was when there was a storm and a power cut and this whole evening was just improvised around candlelight and sharing stories. And while road tripping through Central America, constant car trouble got me and a friend to know this whole conga line of car mechanics, as well as so many helpful people who showed us the way.

It’s a cliché, but it’s often the journey and not just the destination.

Do you have any advice for other travelers?

Whatever your travel dreams are, try to make them a reality now. Pack as light as you can, plan as little as you dare, and just do it!