A Travel Comparison for Vacations, Honeymoons, and Tours France vs. Slovenia

Should you visit France or Slovenia?

France and Slovenia are both beautiful countries in Europe. France is significantly larger and more expensive than Slovenia, but it's also a diverse and fascinating country with an interesting history, culture, and cuisine. France is a more popular tourist destination, and there is no shortage of things to see and do. Most visitors to France spend at least a few days in Paris. Paris is a world renowned travel destination with world class museums and attractions. If you plan to explore other parts of the country. then France is also an efficient country to travel around. It has an extensive transportation network with a reliable infrastructure for tourists. There are hostels and budget accommodation options throughout and no shortage of independent travelers that you can connect with. France is also a popular study abroad destination, so if you're a student, there are likely to be a diverse group of other students around.

Slovenia is a much smaller country. It's also a less popular tourist destination, although it has been growing in popularity in recent years. The capital city of Ljubljana is smaller than most European capital cities, but it packs a lot of character into its small size. The landscape of Slovenia quite beautiful, and many visitors head to the country for it's beautiful outdoor setting. Triglav National Park and the area around Lake Bled are beautiful and popular areas to visit.

Because Slovenia is significantly smaller than France it is a great option if you're short on time. It's also more affordable than France for food, accommodation, and transportation. If you're looking for someplace a little different and still a bit off the beaten path, then Slovenia is a good option.

Which country is cheaper, Slovenia or France?

Should I visit France or Slovenia? This is a popular question for many travelers. By figuring out which country is more expensive, you'll understand where you'll get more bang for your buck. A week in Slovenia can cost you about €522 (per person), while a week in France may cost you around €1,302. These differences become even more noticable if you plan to spend a longer time in the country. 10 days, two weeks, or even one month of travel to Slovenia or France can really add to your travel budget.

When comparing food in France vs. Slovenia they are not just different in cuisine, but also in price. Meal and restaurant costs in France (€33) are often cheaper than Slovenia (€19).


How much are flights to France and Slovenia?


Find a Hostel in France or Slovenia

When is the best time to visit France and Slovenia? 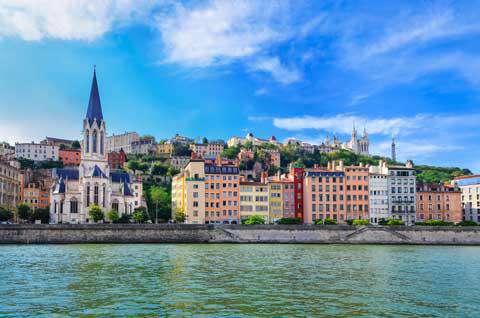 Lyon, France, as viewed from the Saone River
France is a beautiful country to visit year around. Temperatures are most comfortable and crowds a bit less during the spring and fall seasons. These shoulder seasons are good times to visit if you don't want to pay the peak prices of summer and wish to avoid the most extreme crowds.

Winter is a beautiful time to visit France but the temperatures can be quite cool and the weather is a bit unpredictable. In general, prices are a bit cheaper during this season, but off season discounts are less common in larger cities like Paris, which stay popular throughout the year. The holiday season around Christmas can also be a more expensive time to visit as vacationers head to the cities.

Like much of Europe, Slovenia is usually most crowded during the warmer summer months. This is when the prices are highest, but it's also when there are the most festivals and activities to enjoy throughout the country. The spring and fall seasons are a pleasant time to visit with slightly lower prices. Spring and fall weekends can still be quite crowded in the popular Lake Bled area. By November, the weather is often cold and damp, without any real snow, but with Christmas comes seasonal activities and decorations.

Why is France more expensive than Slovenia?

In general, France is more expensive than Slovenia, particularly in cities like Paris or along the coast. France's accommodation can be significantly more expensive, as are restaurants and transportation.

Coastal France is also an expensive area to visit, and you'll find the prices to be significantly higher than those in Slovenia.

Even so, there are still deals to be found in France. If you travel during the low season, head to more off the beaten path destinations, and keep your eyes open for deals, it is possible to visit France on a budget.

Slovenia is more affordable because of it's lower cost of living. It's also a less frequently visited country, so the demand is lower which can keep prices down. The smaller size of the country also means you can travel shorter distances to see the major sights, keeping transportation costs less.

What are the most expensive and cheapest cities and regions in France and Slovenia? 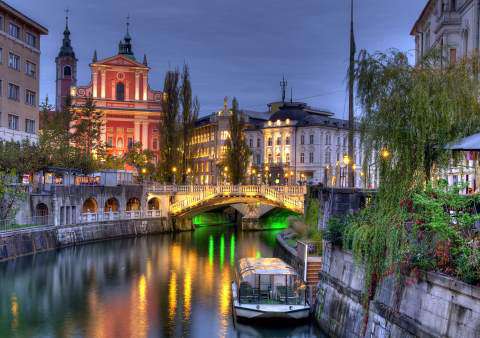 Ljubljana, Slovenia
The largest and most popular cities in France are the most expensive places to visit. In particular, Paris is a notoriously expensive city to visit any time of the year. Coastal towns and cities are also quite expensive in France, particularly during the peak summer months when budget accommodation fills up quickly.


Slovenia is relatively affordable by Western European standards, both in the capital city and in the countryside. Ljubljana is a smaller capital city than most, but it packs a lot into its small area. There are also a surprisingly wide variety of accommodation options to choose from, so if you're looking for a hostel or budget guesthouse, you'll likely find something. In the countryside, your options are often more limited, but in the major touristy areas you'll usually find a few hostels as well as quality hotels or guesthouses to stay at.

How you can save money when visiting France and Slovenia?

In France, particularly in Paris, find a lunch special at a local restaurant and enjoy a three course meal. Then grab some food at a grocery store for dinner, to keep your food costs down.

Slovenia is a reasonably priced country by European standards, so there are deals to be found. Look for local hotels or hostels and eat in local restaurants to get the best deals.

Take some time to explore the areas you visit and enjoy local hikes or just wandering around town. Don't feel like you have to rush through things and instead take some time to just soak up the atmosphere. 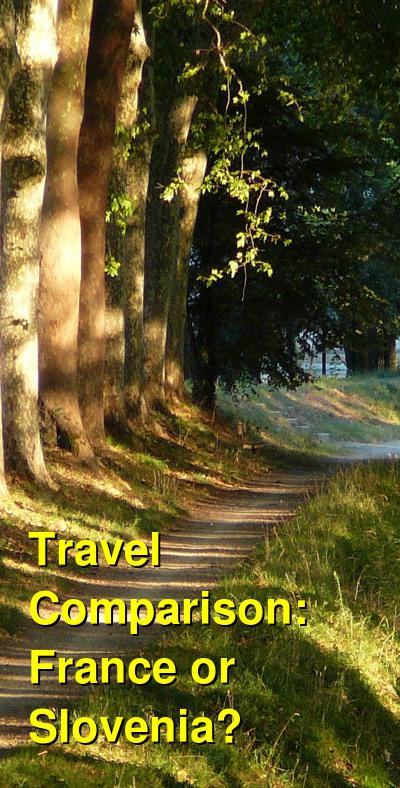