Asia / Pakistan / Lahore /
Lahore is the cultural capital of Pakistan... and for good reason. The city of the Mughals as it's widely known is awash with centuries of history that one could spend weeks admiring- a list of the best places to visit in Lahore can be never-ending!

As amazing as Lahore itself is, there's also a wide variety of cool and interesting things within driving distance from the city. Here's a list of 10 day trips from Lahore that are totally worth the trip! 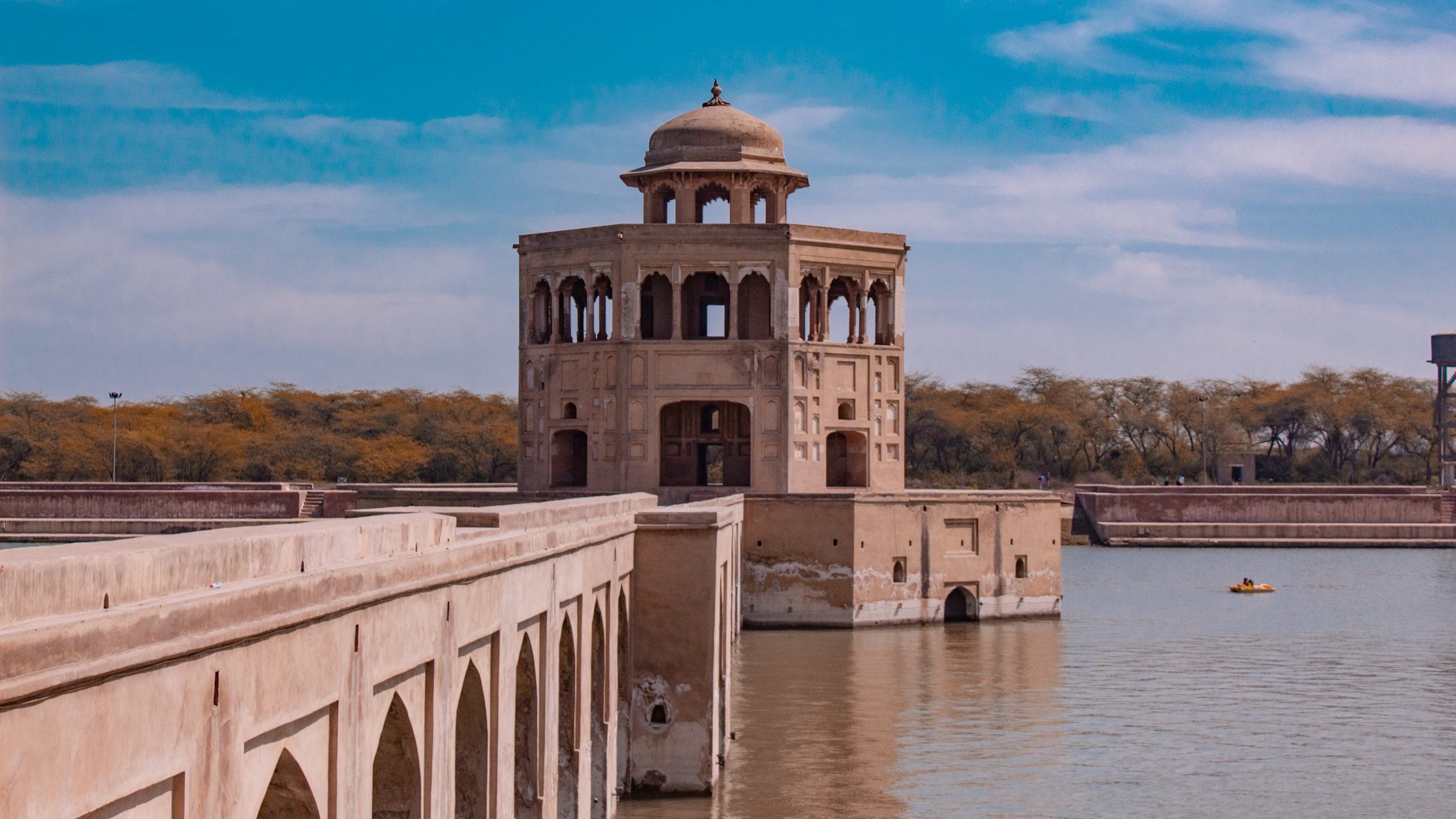 Seeing as it's only one hour away from the city center, a visit to the Hiran Minar is an ideal one day trip from Lahore... and it isn't your ordinary attraction! The Hiran Minar is a complex built to honor Mughal Emperor Shah Jahan's beloved pet antelope.

The tomb is set in a former hunting reserve, and gives a bit of a wilderness feel despite being relatively close to the hustle and bustle of the city. The Hiran Minar complex contains a minaret that was built in 1606, a massive pool of water, and a two-storied pavilion.

Nowadays, the site is a popular place to relax and slow down- with boat rides possible too! For the utmost peace and quiet, try to plan your visit on a weekday.

A waterfall in Punjab... say what? The Neela Wahn Waterfall is a bit of a longer day trip from Lahore but definitely worth the early wake up call that's required to reach it. The destination in question is located near the village of its namesake, Neela Wahn. The area around the falls is ideal for nature lovers and the aqua-colored fall is perfect for swimming come summer time.

Once you arrive, a 2km long hike will lead you to the main waterfall, though there's other streams in the vicinity, too. Keep in mind that there aren't many amenities around here, so be sure to get some food before leaving Lahore!

Distance from Lahore: 266 km
Hours: No official hours or entrance 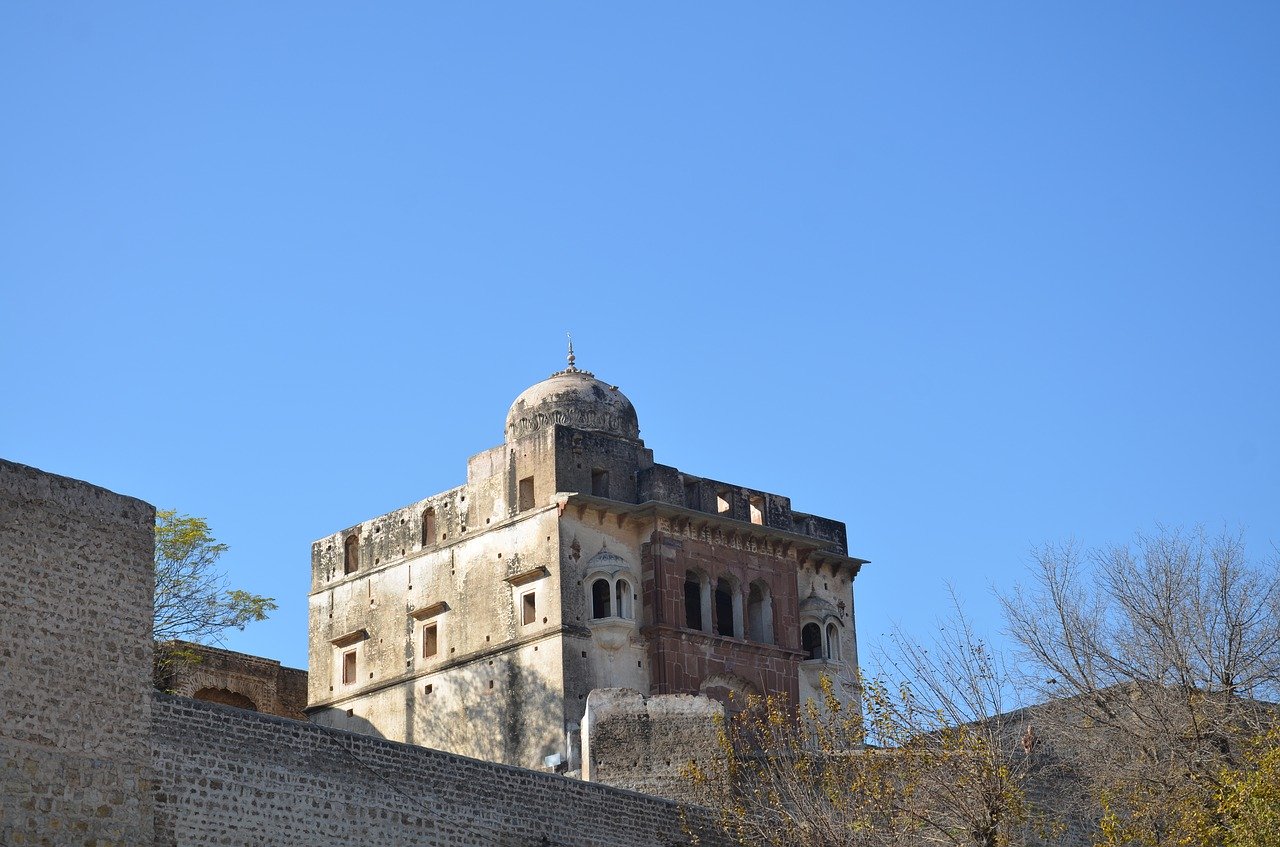 Prior to the Subcontinent's partition in 1947, Hinduism was alive and well in Punjab. The Katas Raj Temples are one of several Hindu historical places in Pakistan that still remain. The temples are said to be from the 7th Century CE or earlier, and surround a lake that is believed to have magical powers.

Though the lake is in sorry shape these days, the temples themselves are still worth a visit if you're interested in seeing a bit of Pakistan's ancient history. The complex is an ideal stopping point in between Lahore and Islamabad, and is free to enter.

Dozens of epic forts grace Pakistan, and the Rohtas Fort might be one of the most captivating. The former military fort sits about 15km away from the Punjabi town of Jhelum, and remains a popular day trip destination of the region.

The fortress- which spreads out over 70 hectares- is considered to be one of the largest and most formidable in all of South Asia. It was constructed back in 1541, under the rule of Sher Shah Suri, a Pashtun who took control of the Mughal empire in 1538.

Nowadays, the Rohtas Fort is a UNESCO World Heritage Site, and remains in incredibly good condition. Twelve gates and three stepwells can be found within it, and considering the size, you can easily spend the entire day wandering around it. The fort is so large, it has the capacity to hold 30,000 men!

Pakistan is teeming with history, so it's no surprise that most of these day trips are to places with some sort of historical significance.

The Gurdwara Darbar Sahib Kartarpur is built on the site where Guru Nanak- founder of Sikhism- assembled the Sikh community and proceeded to live for 18 years until his death in 1539. The gurdwara sits near the border between India and Pakistan and recently made history when on November 9, 201 Indian Sikhs were granted visa-free access to the holy site.

The gurdwara-which is said to be the largest on Earth- is the second holiest site in Sikhism, only the birthplace of Guru Nanak (which is also located near Lahore) is said to be more significant.

This might be a one day trip from Lahore, but it's really a blast into centuries' past! Harappa was a city of the Harappan/Indus Valley Civilization. The ancient settlement- which was at its prime between the years of 2600 BC -1900 BC- once spread out over 150 hectares, though years of damage have made what remains much smaller.

The Harappan ruins, which are located near the city of Sahiwal, are perhaps the "oldest" day trip from Lahore. The former city used to be home to over 23,000 residents- and a visit will give you a glimpse into these ancient human lives. Remnants of homes, walkways, and buildings can be seen at the site itself, and a nearby museum also houses numerous excavated belongings of the peoples including ceramics, toys and figurines. 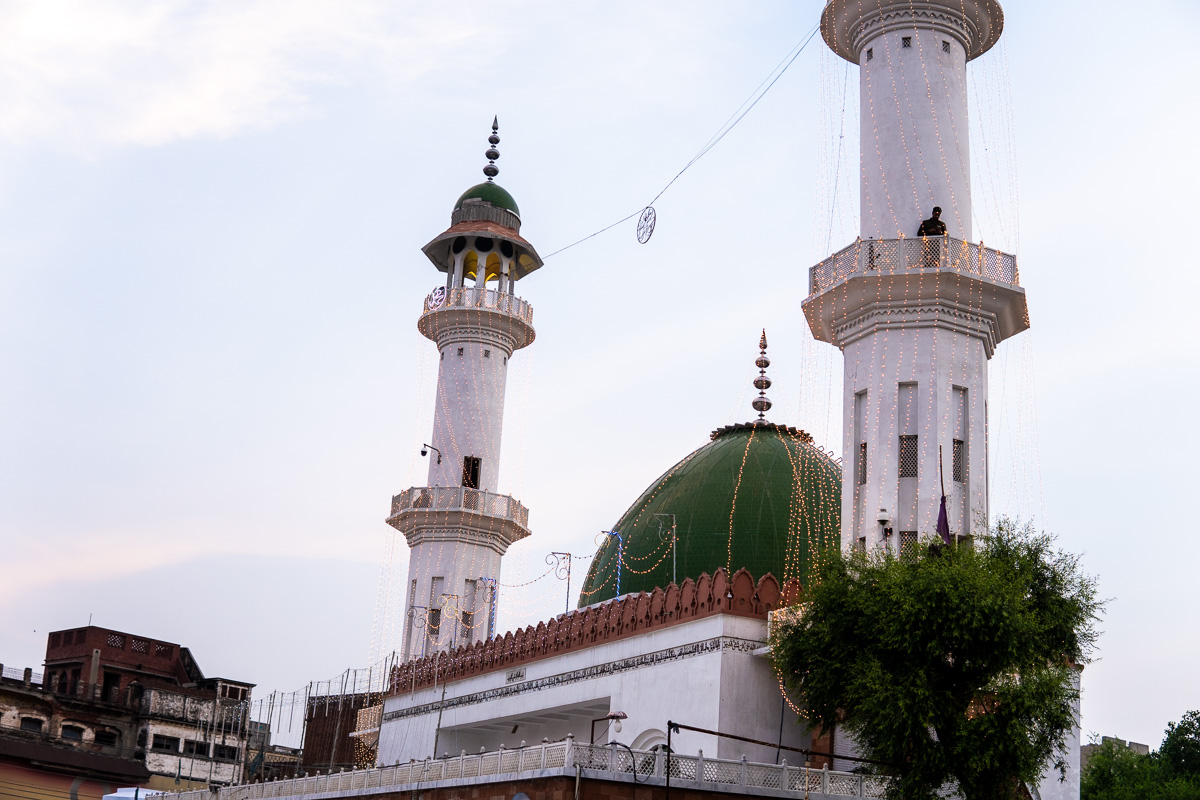 Dozens of Sufi shrines can be found all throughout Pakistan, and the shrine of Baba Bulleh Shah is worth making the trip out of Lahore for! Bulleh Shah was a Mughal-Era philosopher and Sufi poet and also a descendent of Prophet Muhammad.

Bulleh Shah was known to employ the verse style Kafi in his work- at the time, Kafi was used by not only Sufis but also by Sikh Gurus. In an age of fighting between Sikhs and Muslims, Bulleh Shah was seen as a "beacon of hope" by the people of Punjab as he consistently denounced violence towards Sikhs.

His works spanned popularity across religious divides as they conveyed simplistic humanist solutions to the problems that encompassed the world in which he lived. Bulleh Shah died in Kasur in 1757, and the shrine that still stands today was erected where he was buried.

If you want to experience the shrine at its best, make a trip either on a Thursday night to enjoy some qawwali music, or if possible, during the annual Urs celebration of his death. During the Urs, the entire complex is decorated with lights and thousands come out to sing, dance and pay respects to their beloved saint.

A "salty" one day trip from Lahore can be found in the Khewra Salt Mine, which happens to be the largest in Pakistan and the second largest in the world! This popular tourist attraction is famous for its production of pink salt, and was originally discovered all the way back in 320 BC.

Numerous sites have been built inside the mine including a mini Badshahi Mosque with a salt minaret, along with salt versions of the Great Wall of China, the Mall Road of Murree, Lahore's Shimla Hill, and even a replica of the Minar-e-Pakistan. All of the structures are built out of salt bricks which vary in color.

That's not all though! A visit to the Salt Mine will also give you a look at an allusion to the Pul-e-Saraat Bridge, an assembly hall, numerous ponds, and crystal stalactites. If you're looking for the best day trip from Lahore to take with kids, this would certainly be it.

Perhaps one of the closest excursions to central Lahore, Jahangir's Tomb is situated about 1 hour from the city center. The massive complex is the final resting place of then Emperor Jahangir, who ruled from 1607-1627 C.E.

The complex took 10 years to complete after his death and remains in excellent condition today- despite it being nearly 400 years old. Much of the tomb is adorned with stunning frescoes and inlaid marble graces the walls- artistry lovers will surely be satisfied after spending a day amongst such masterpieces.

Vast gardens surround the mausoleum, and many come out to picnic or relax come weekends. Though many day-trips from Lahore require you to have your own transport, a trip to Jahangir's Tomb can be easily made with Careem or Uber.

The Wagah Border that separates India and Pakistan is known for a rare and whacky event... the daily border closing ceremony. Every evening, officials from both sides of the border put on a high-energy, nationalistic show that attracts hundreds of both Pakistanis and Indians each and every day.

The colorful ceremony takes place right before sunset, and coincides with the lowering of each country's flag. Considering such ceremonies are relatively rare throughout the world, making your way to Wagah is a must-do if you're in Lahore.

During the winters, the ceremony takes place around 3:45 PM and in summers around 4:45 PM. Try to arrive about 30-45 minutes beforehand to get a good seat! Keep in mind that bags, cigarettes, lighters and anything else that may be perceived as a weapon isn't allowed at the ceremony, though cameras are permitted.

Samantha Shea is a travel blogger and freelance writer who shares guides and stories to inspire and encourage travel in and around South Asia on her blog Intentional Detours. Originally hailing from the US, she now backpacks through off-beat locales while adhering to a budget of $10-$15 a day. You can also find her on Instagram for more photos and stories from the road. 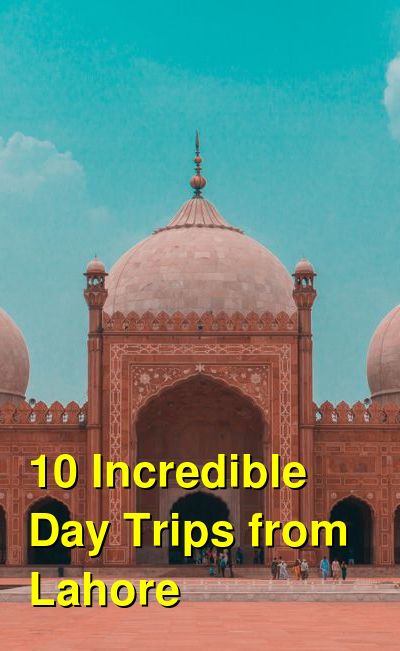