How much does it cost to travel to Slovakia?

How much money will you need for your trip to Slovakia? You should plan to spend around €72 ($87) per day on your vacation in Slovakia, which is the average daily price based on the expenses of other visitors. Past travelers have spent, on average, €19 ($23) on meals for one day and €6.10 ($7.40) on local transportation. Also, the average hotel price in Slovakia for a couple is €81 ($98). So, a trip to Slovakia for two people for one week costs on average €1,006 ($1,221). All of these average travel prices have been collected from other travelers to help you plan your own travel budget.

A vacation to Slovakia for one week usually costs around €503 for one person. So, a trip to Slovakia for two people costs around €1,006 for one week. A trip for two weeks for two people costs €2,013 in Slovakia. If you're traveling as a family of three or four people, the price person often goes down because kid's tickets are cheaper and hotel rooms can be shared. If you travel slower over a longer period of time then your daily budget will also go down. Two people traveling together for one month in Slovakia can often have a lower daily budget per person than one person traveling alone for one week.


How expensive is Slovakia? How much money do I need for Slovakia?

How much does a trip to Slovakia cost? Is Slovakia expensive? The average Slovakia trip cost is broken down by category here. All of these Slovakia prices are calculated from the budgets of real travelers.

Find a hostel, guesthouse, or B&B in Slovakia

How much does it cost to go to Slovakia? Naturally, it depends on the dates. We recommend SkyScanner because they can find the best deals across all airlines.

The price of renting a car in Slovakia will depends on dates, the type of car, the location, and your age. We recommend SkyScanner because they can find the best deals across all car rental companies.

Slovakia On a Budget

Bratislava, Slovakia
Slovakia is fully landlocked and located in Central Europe. It is a modern democratic country that belongs to the European Union. Most people travel to Slovakia for the natural beauty and interesting history. There are nine national parks in the country, which is an impressive number given its relatively small size. Much of Slovakia is made up of limestone so there are many impressive caves worth exploring. Skiing in the Carpathian Mountains is a popular activity as well.

If you're interested in history, Slovakia also has a good number of castles and chateaux. Some are basic ruins while others are still in good condition and are habitable. Slovakia's cities often have a gothic and baroque atmosphere that is interesting to experience.

Slovakia's geography is predominantly mountainous in the central and northern parts. The highest peak is Gerlachovsky stit, which rises to 2,655 meters in the High Tatras. Southern Slovakia has lowlands with very fertile soil and a lot of agriculture.

Slovakia's climate is temperate with hot summers and cold, snowy winters. There are four seasons with dramatic temperature variations. The southern part of the country is the warmest and less likely to get snow during the summer months. The mountainous north has a much colder climate and snow is quite common during winter months.

Spis Castle: The ruins of this castle, one of the largest in Central Europe, are found in eastern Slovakia. It sits above the town of Spisske Podhradie and the village of Zehra. It dates back to the 12th century and was listed as a UNESCO World Heritage Site in 1993.

Vlkolinec: This hamlet is located high in the mountains and feels like at town where time stood still. There is no public transportation to the town so you must have a car, but the village itself is actually closed to vehicles. You can park outside and walk into town. The town is listed on the UNESCO World Heritage List and has interesting folk architecture, a church, cemetery and art gallery.

Slovak Paradise National Park : This national park is a smaller range than the famous High Tatras, but it offers visitors plenty of beautiful canyons, ravines and waterfalls. There are plenty of places to hike and explore.

Slovak food is very basic but filling. Despite the use of simple ingredients, it is actually quite flavorful. Traditional dishes are flavored with herbs and often involve smoked meat, cheese, potatoes and flour. Many dishes are regional in nature so ask around town for what the local specialty is that your should try. Vegetarian dishes are generally available in cities, but in more rural areas you may struggle to find true vegetarian options. Even those listed in the vegetarian section of the menu may actually contain some form of meat.

Bryndzove Halusky: This is a national dish of Slovakia. It is a form of potato dumplings that are made with a specific type of unpasteurized fermented sheep cheese called bryndza. It is usually served with fried bacon on top. This is one dish you must try before you leave the country.

Pirohy: These large dumplings are found throughout Slovakia. They can be either salty or sweet based on their filling. Popular fillings include sauerkraut, cheese, meats, fruits, or jam. They are very similar to Polish pirogis.

Goulash: This regional dish is available at different festivals, markets and outdoor barbecues. It is made with beef, onions, vegetables and squashed potatoes. It is a very filling dish that is served on top of bread or dumplings. 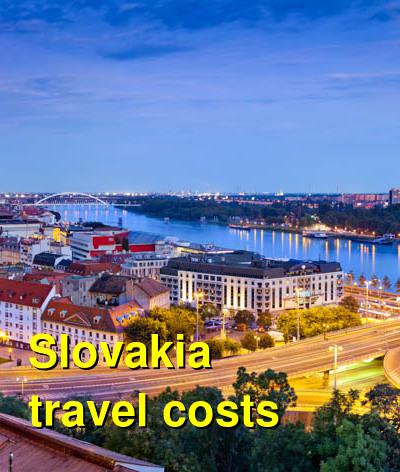