14 Free Things to do in Brussels

Europe / Belgium / Brussels /
Between Michelin-starred restaurants, elegant hotels, and irresistible chocolates, it's not always easy to visit Brussels on a budget. But if you're looking for some zero-cost fun in the EU capital, you're in luck. There are plenty of free things to do in Brussels if you know where to look.

Visit the Mont des Arts for beautiful views over Brussels
Located just east of the city center, the Mont des Arts is a beautiful mix of museums and green space. Geometric flower beds stretch along the center, with rows of trees on either side. And the modern buildings of concrete and glass that surround the park make for a striking contrast.

But the main attraction of the Mont des Arts is the view. Walk up the southeastern steps, and you can see all the way to the Grand Place. It's especially lovely at sunset.

Take in the Grand Place's elaborate architecture
If you only have one day in Brussels, make the Grand Place your first stop. This jaw-dropping UNESCO World Heritage Site is the jewel of the city. Its gilded buildings literally sparkle in the sun!

Surrounding the inner square are numerous guild halls, private residences, and the iconic Town Hall. This square also hosts multiple festivals throughout the year, from the charming winter Christmas market to the summer Carpet of Flowers. 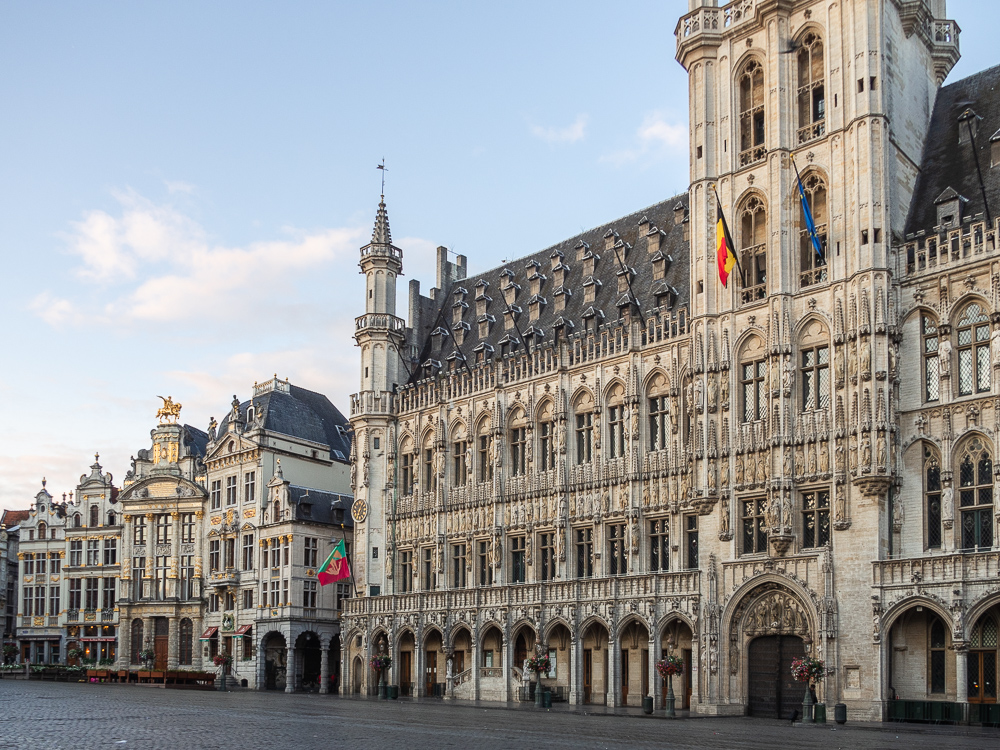 Learn something new at one of Brussels' many free museums
One of the coolest free things to do in Brussels is explore the museums. Whether you like art or animals, you're sure to find something of interest.

Some attractions are always free, including the Wiertz Museum of art and the ULB Museum of Zoology and Anthropology. But depending on when you visit, you could get free admission to popular museums like the Institute of Natural Sciences or the Old Masters Museum.

Check the Brussels Museum website for the full list of which museums are free on which days.

To see the best stretch of canal, start at the Quai des Charbonnages and head south. Colorful pinwheels line the walking path, and there are some lovely bits of architecture to view across the way. You can cross back to the city center at the Chaussee de Ninove bridge.

Spot the famous Pis statues
Who would have thought that peeing statues would be popular in a refined European capital? Most people have heard of the famous Manneken Pis (peeing boy). But you can also find his girl and dog companions scattered throughout the city.

Escape the crowds at a park
If the city's hustle and bustle gets overwhelming, head to one of Brussels' beautiful parks. There are dozens of green spaces in Brussels, from the tiny Square de la Putterie to the sprawling Park Josephat.

For a more unique option, head north to the Ossegempark, where the futuristic metal Atomium towers above the grounds. And on the city's east side, the Cinquantenaire and its iconic arch are a must see.

Definitely visit the National Basilica of the Sacred Heart in Koekelberg, which is the world's largest Art Deco building and the 5th largest church. The St. Michael and St. Gudula Cathedral serves as the venue for royal ceremonies. And the Church of Our Blessed Lady of the Sablon is a stunning example of late Gothic architecture, with towering stained glass and rose windows. 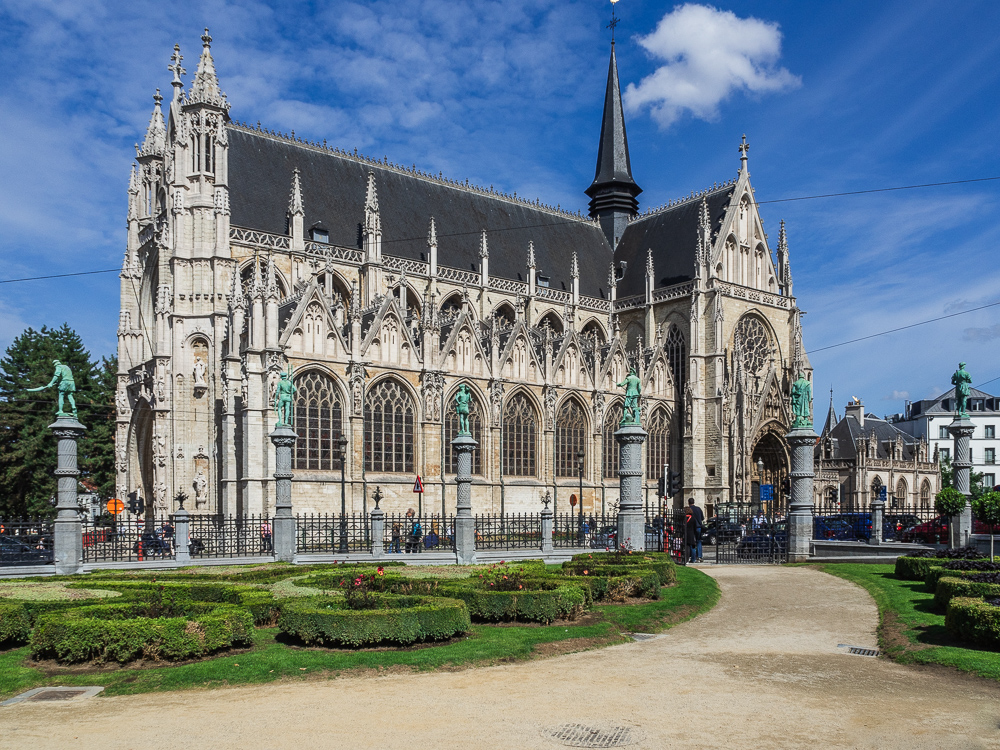 Church of Our Blessed Lady of the Sablon
Relive your childhood on the comic strip route
Did you read The Adventures of Tintin in the weekly paper? This beloved Brussels-born character is just one of many that you'll find along the Franco-Belgian comic strip route.

With over 50 murals across the city, you'll undoubtedly stumble upon a few by accident. But if you want to see as many as possible, this guide has got you covered. It's certainly the most fun of the free things to do in Brussels! 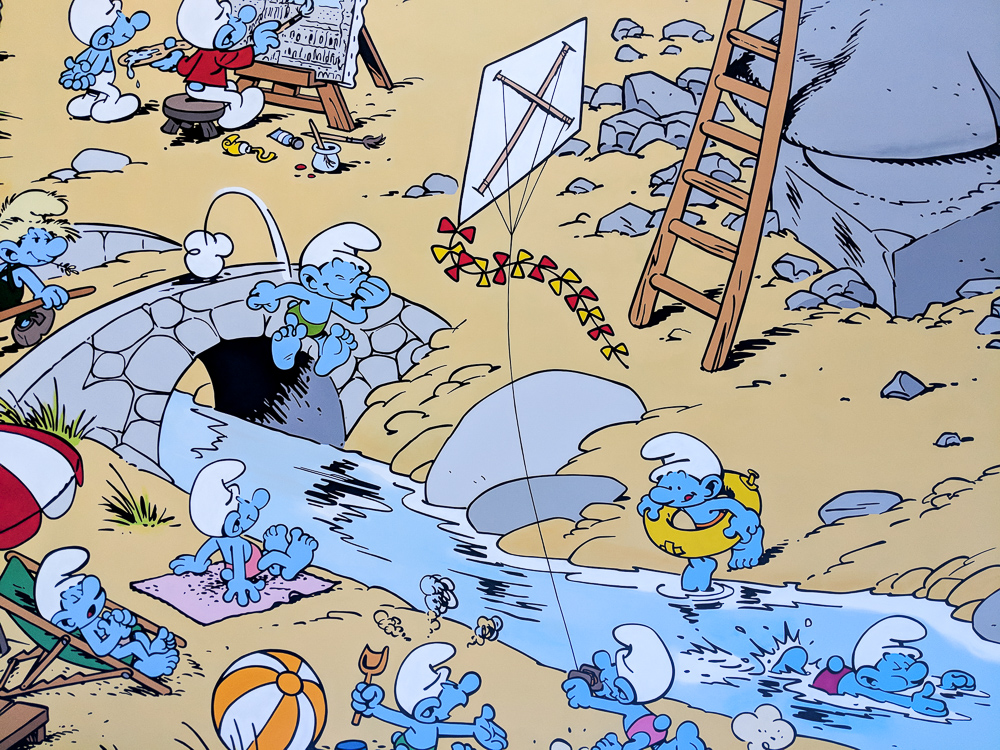 Though the covered passage is open during the day, it's truly spectacular when the sun begins to set. Every evening, the lights turn on and bathe the arcade in a golden glow. 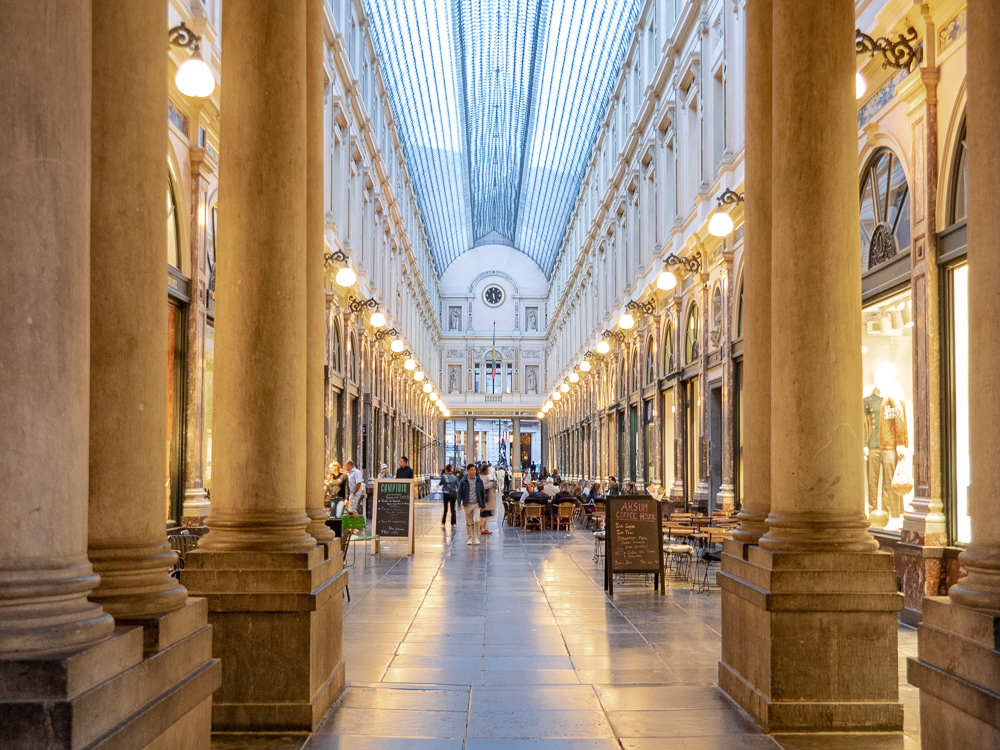 Feel small inside the Palace of Justice's grand foyer
Going to court isn't in your typical vacation itinerary. But when that court is one of Europe's most grand buildings, you can't miss it!

Everything about the Palace of Justice screams power and elegance. And while the exterior is impressive, the foyer's epic staircase and high ceiling is breathtaking. Just don't bring any large bags, as you'll need to pass through security to enter.

Get a taste of aristocracy at the Royal Palace of Brussels
One surprisingly free thing to do in Brussels is to tour the Royal Palace. Though the official royal residence is Laeken, the Royal Palace still hosts government events. Once you make it through the visitors' queue, you can explore the opulent state rooms and gardens.

Tours are only available from late July to September. But the outside is still worth admiring if you aren't visiting Brussels in the summer.

Do some modern sightseeing in the Leopold Quarter
People often come to Europe to see medieval town halls and centuries-old churches. Although you can do plenty of that in the city center, you should also visit the Leopold Quarter.

Also known as the European Quarter, this district is home to numerous EU government buildings. Instead of ornate towers and stained glass, you'll find sleek angles and curved windows. It's fascinating to walk the length of the Rue de la Loi from the Royal Palace to the Cinquantenaire, and see the architecture change from old to modern.

Partake in the city's annual festivities
Giant wooden puppets, live jazz music, cauldrons of mulled wine... The people of Brussels know how to have a good time! And you can often join in the festivities without paying a cent.

Traditional festivals include the Zinneke Parade in May and Ommegang in June/July, and modern events include the 10-day Summer Music Festival in August and the Comic Strip festival in September/October.

While many of the city's festivals happen in the late spring and summer, there are a few autumn and winter activities as well. Perhaps the most famous is the Christmas market, where traditional market stalls, Christmas trees, and an elaborate light show take over the Grand Place.

Get the perfect Instagram shot at the Anspach Shopping Center
If you're looking for that perfect pop of color on your Instagram feed, head to the Anspach Shopping Center. Inside the main corridor, you'll find a hanging rainbow umbrella installation like the Insta-famous ones in Paris and Budapest. They also put up thousands of lights and decorations at Christmas time, transforming the space into a winter wonderland.

Chelsea is a US expat living in London. She shares detailed guides for international travel and expat life on her blog, The Portable Wife. Follow her global adventures on Instagram. 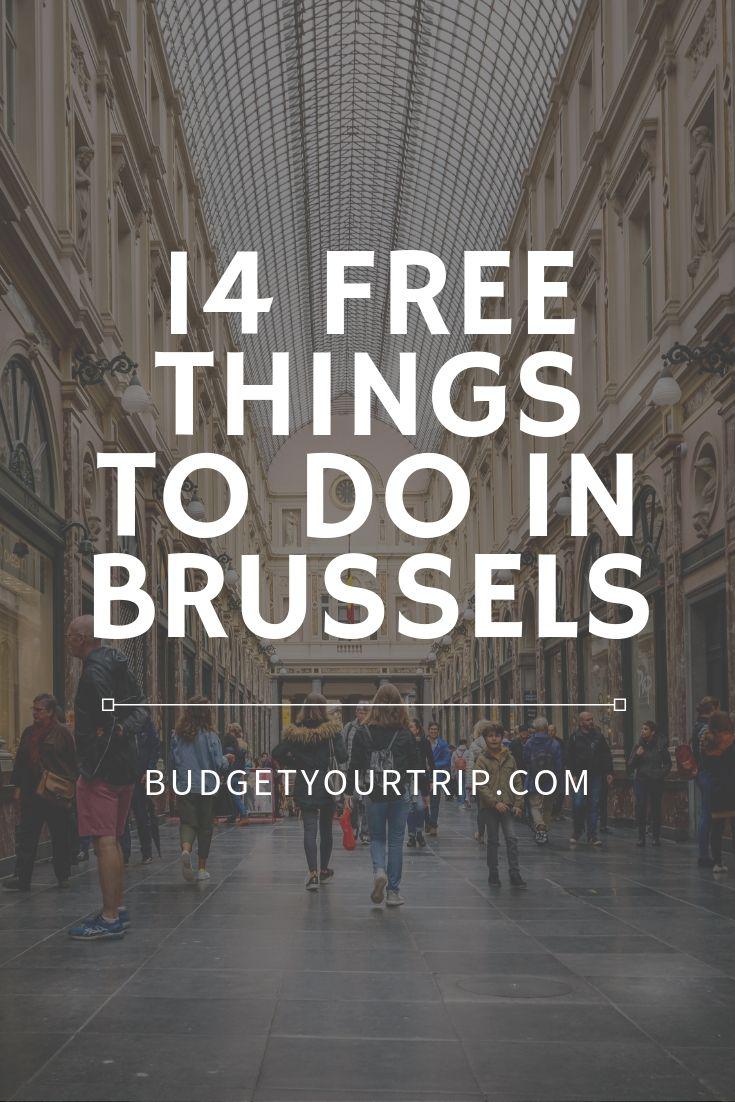