Only a couple of weeks ago I returned from a backpacking trip that was like no other I have ever been on, exploring the Caribbean island of Cuba! Part of the draw of Cuba to me now was the fact that Cuba is known to be very unique, and that rumors of McDonalds and Starbucks popping up on every corner soon meant that its current charm won’t last for long. I’m not so sure these rumors are accurate, as after being to Cuba there is no indication that they have any intention of changing in such a drastic manner anytime soon. Arriving in Cuba was like taking a time machine back to the 1950’s, which is probably why travelling there was such a different experience – and such an unforgettable one. If you are up for a change of pace in your travels, I suggest you pack your bags and catch a flight to Cuba.

What makes Cuba so different? 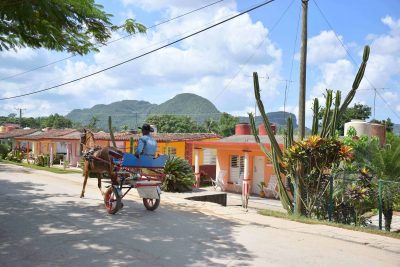 Like I said, it really boils down to the whole “time machine” thing. I am only 25, so what life was like in the 50’s is really just something I’ve imagined based on movies or books. However, once I got to Cuba, these visions I had seemed to become real life. And Cuba doesn’t just look like it is decades old because of cars and architecture, there are some real luxuries we are used to in modern times that are not so apparent in Cuba (ie, WiFi.) These differences can create some challenges when backpacking. It really made me think that my parents and grandparents travelling before me without smartphones were definitely more skilled travelers than I have ever had to be. 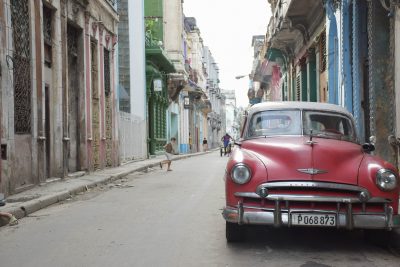 Looking at photos of Cuba one will immediately notice all of the gorgeous vintage cars! And it’s 100% true! Some cars are restored nicely to look fancy and they are used for rich tourists. Some, are still run down in their original state and simply used as a means of transportation for a family or as a normal taxi.

There were no imports of foreign cars for many years in Cuba, so any car (even if it is 50 plus years old) is considered a luxury. Owning a car in Cuba is a sign of wealth. In fact, taxi drivers earn some of the highest wages in the entire country. This is why many doctors and other well-educated professionals are now driving taxis as opposed to working in their trained careers. 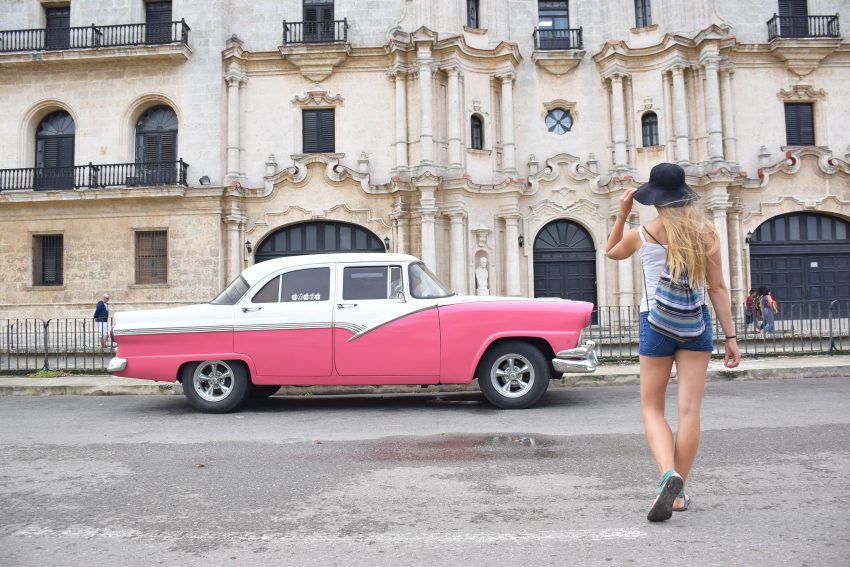 A backpacker in Cuba will benefit from getting some awesome photos of these vintage cars. However, they won’t benefit from the prices attached to riding in them. Even the oldest, ugliest taxi from the Havana airport to the city center will cost $20-$30 USD. A 3 hour drive in a collective (shared car) will cost $20 USD per person. Also, some public transport is strictly for locals while others are inconvenient and hard to use. So, make sure to bring your walking shoes as you will do A LOT of walking. The truth is that when I was in Cuba, walking long distances brought about some of the best unexpected adventures and memories for me. 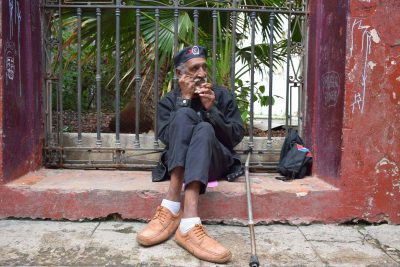 Despite rumors, Cuba has WiFi. It is available in fancy hotels or specific public parks. It is quite funny actually, walking around the city and then stumbling across a WiFi spot. There will be dozens of teenagers and typically young people all gathered around showing their phones to one another and giggling. These WiFi spots are almost like a social gathering for the young people of Cuba. Many of the older generation do not know how to use the internet and do not care to learn. Also, these WiFi spots are not free, not even for locals. They pay $1.50 USD per hour. This is another luxury in Cuba and is expensive for most locals seeing as the average wage is less than $1 USD per day!

Buying a WiFi access code means finding one of the ETECSA buildings and usually waiting ten minutes to over an hour in line. For this reason, some locals buy many at once and then will sell them to you for twice the price conveniently at WiFi spots. Unless you have endless time (and patience) expect to pay $3 USD per hour for extremely slow and frustrating WiFi.

Also, there are certain websites that are banned in Cuba. Two that most backpackers regularly use are Skype and YouTube. There is no possible way to use these websites in Cuba.

Since there is so little access to WiFi in Cuba, do not expect to do much online research or bookings while you are there. The best way to research or book anything in Cuba is to talk to people and do everything in person. This definitely was a bit of a change for me and a throwback to how old school backpacking might’ve been. This is especially true if you head out of the major towns and visit somewhere a little more remote such as Maria La Gorda and Guanahacabibes (on Cuba’s western tip).

Besides the challenges the lack of WiFi brings, it was surprisingly refreshing. I overly enjoyed not being connected and found myself only using the WiFi hot spots for a couple of minutes every few days. I found I accomplished a lot more in a day than I normally would while exploring a new place, and I connected with new friends quicker. The whole travelling without constant WiFi thing was a bit harder at first but I did grow to enjoy it, and looking back now I truly appreciate the experience. 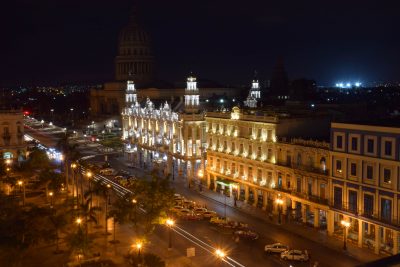 Over the last few years, Cuba has become a popular destination for tourists (especially Canadians) heading to fancy all-inclusive hotels. Cuba has adapted to these kinds of tourists. Touristic areas, restaurants, and stores are beautiful and offer all of the luxuries you would expect from back home. Unfortunately, the prices had also adapted and these lovely things are not the least bit affordable for budget travelers or backpackers. It seems that although Cuba is prepared for rich tourists, there really are not many places aimed at budget travelers.

There are also not many other backpackers hanging around Cuba. It isn’t like most other places I have been where hostels or certain bars are a common gathering ground for international travelers to get together, share stories and advice, and plan their next moves.

Travelling in Cuba can be quite lonely. Although there might not be tons of travelers around to hang out with, there still are some. With the lack of WiFi and lack of others to choose from, it is very easy to connect with the few that are around. I managed to meet a small group of great people the first day I was in Havana. I hung out with these people for a couple of days until eventually everybody went their own way, but then again met up with one of them in Vinales later on. It isn’t the “backpacker scene” I am used to seeing in most of the destinations I have been to, but it can still be social if you make the right efforts.

Were the Challenges Worth it? 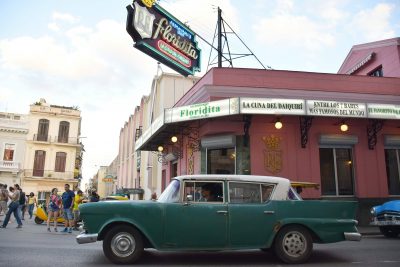 Cuba was very different to travel, but that is what made it so rewarding. After backpacking in so many different countries over the last couple of years, I don’t tend to find it challenging anymore. But Cuba tested me – and I passed! It was sometimes hard not having Google available on a whim or a hostel worker to ask questions to in English, but it was definitely worth it. Cuba was one of the most interesting countries I have ever been to, and the most beautiful. I don’t regret my trip in the least bit and would encourage anybody to head to Cuba on a backpacking trip.  If you are heading to Cuba in the near future, be sure to check out my blog of tips for backpacking in Cuba here.

Bailey is a 25 year old Canadian and full-time traveler. She has spent the last 13 months backpacking in Latin America and writing about all of her adventures at Destinationless Travel. Her partner, Daniel, is a travel blogger who loves getting out of his comfort zone. He is a licensed skydiver and self-confessed adrenaline junkie who will try anything once. Daniel has traveled to over 40 countries over the last 3 years and shows no signs of slowing down. He along with his partner Bailey run the adventure travel blog Destinationless Travel. Together they travel to exotic places around the world in search of adventure! You can check out their blog Destinationless Travel here!

Planning an Adventure Tour to Uluru

To financially support this website, some of the content is sponsored. Also, some of the links are affiliate links, and when you click them and make a purchase on another website, we might receive a small commision, but your final cost is not affected.