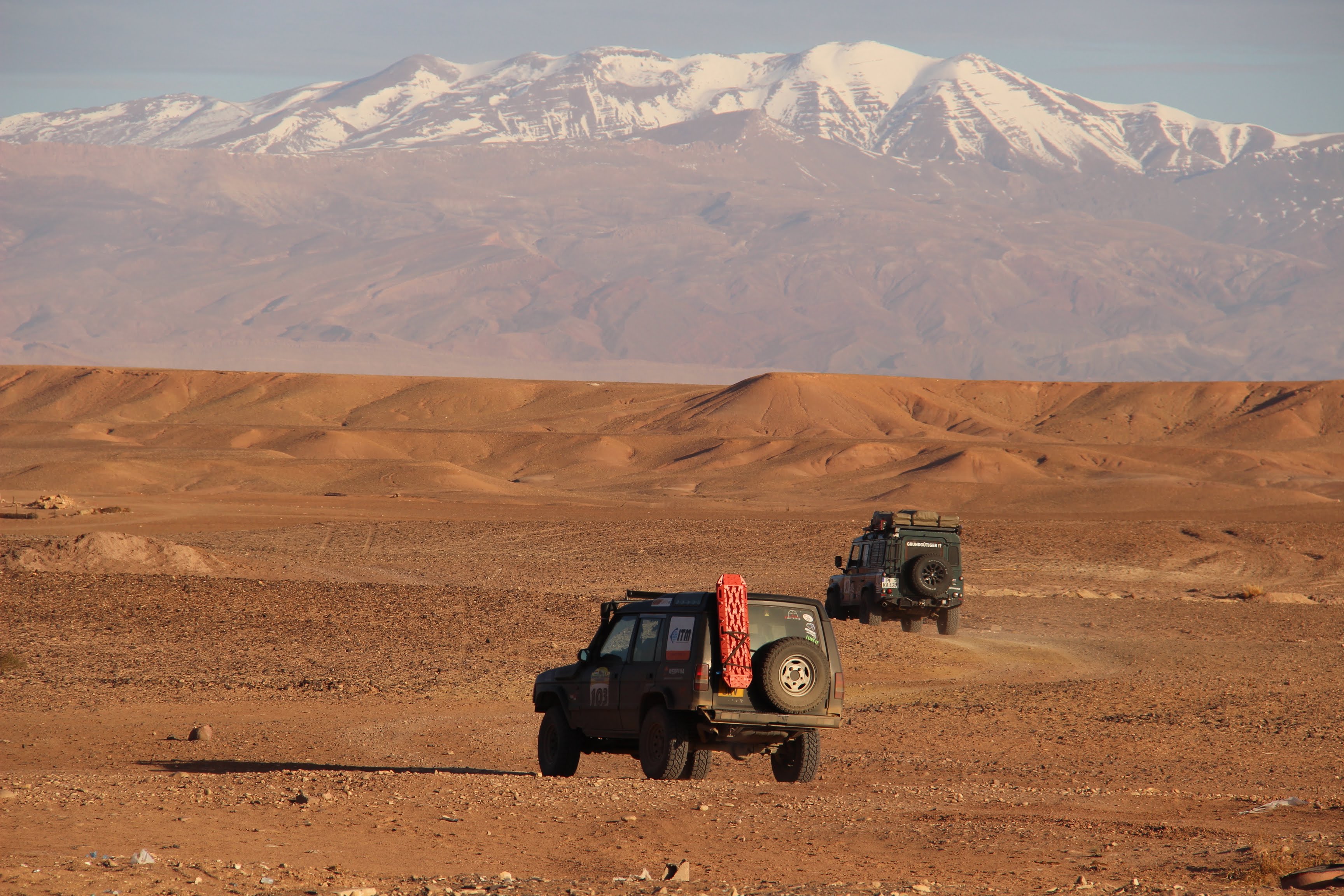 One of the hottest topics in adventure magazines these days is overlanding. You may have heard the term before from a friend of yours who happens to own a Jeep Wrangler or a Toyota 4Runner, and who often disappears for long weekends with a tent bolted on top of his vehicle.

Although a usual overlander’s day often ends with a free campsite in a breathtaking corner of the country, they claim there is no destination. The primary objective is the journey itself.

Arguably it is a brilliant way to discover the great outdoors and it can be a fun activity with friends and family. In fact, most overlanders travel in groups, since being completely off-the-grid comes with some obvious danger.

Nowadays, plenty of tour companies organize overland adventures in all parts of the world, places where you may not want to travel on your own.

Therefore, if you feel that overlanding could be your thing, then you have the option decide between an independent overland trip and an organized journey.

The advantages that come with an independent overland trip are evident – you can make every decision regarding budget, timetable, itinerary, and so on.

Still, an organized overland trip comes with a major advantage – which is convenience and safety. Such a trip is the Budapest Bamako Rally.

If the idea appeals to you, keep on reading to find out more about it.

For one thing, the word rally could be a tad inaccurate. It’s not an actual rally in the most commonly understood sense of the word. In fact, the reason why it’s called this way is that there are specific stages that have to be completed within a timeframe. On the other hand, there is a race category, created especially for off-road navigation enthusiasts. Nevertheless, most participants choose the tour and 4×4 tour categories.

In other words, you aren’t expected to collect points every day. Thus, you can focus all your attention on enjoying the journey, the wilderness, the landscapes, while feeling safer than you would feel if you would be alone. In addition, the group is accompanied by two medical teams that can offer immediate assistance if the situation asks for it.

Since the rally starts in Budapest, you can understand why it’s really popular with Hungarians. But they aren’t the only ones that eagerly partake in the event. Two-thirds of the participants come from countries all over the world.

It’s just as important to note that the rally is seen as a one-way trip to the finish line in West Africa. When you’re returning, you’re on your own. So, you’ve got yourself a bit of adventure at this point. If you’re up for it, you can attempt to drive back home, or simply ship your vehicle home. Others choose to sell their cars.

Considering that the itinerary entails traveling in a range of beautiful, yet underdeveloped countries, teams often offer donations to the locals. For example, in 2018, the organizers of the rally provided finances for two wells to be constructed in The Gambia.

For a trip that the finances are provided is called a trip fund. In almost all cases, the fund is a product that’s produced through the application of money. It is a very complex procedure a great resource is Boost Credit 101. This process, however, requires a particular set of skills and knowledge.

Different Categories to Choose from

Evidently, there is more than one designated category for your overland adventure. To be more precise, there are four alternatives to choose from: race, touring, touring 4×4 and spirit. Some of the stages you are expected to complete can be quite challenging, specifically from a navigational point of view.

The Race category and the 4×4 Touring category have to follow the same routes. In the meantime, the Spirit and Touring categories usually drive on gravel roads. That is to say, partaking in these categories doesn’t necessarily require you to drive a rig with off-roading capabilities; you can attempt to do it while driving any car. The Spirit category, in particular, even encourages people to start the adventure with any old banger.

If we were to talk about accommodation, then the Budapest Bamako Rally is an adventure in its purest sense. In other words, even if there are some hotels that are recommended in certain locations, for the most part, participants sleep in organized camps. Seeing roughly 100 overland rigs set up for camping in the Sahara Desert isn’t something you experience every day.

The itinerary of an overland adventure is one of, if not the most important things that will define the journey. The first stage of the rally entails traveling through Europe. The second stage was reached when the participants arrived in Morocco.

As for when did the real adventure actually start in 2018, it was on the 16th of January. And the starting point was Midelt. At this point, the participants were given the GPS points they had to follow. The Atlas Mountains provided a unique experience, specifically due to the breathtaking scenery and views.

As the day passed, the rally left the cold scenic mountains behind and kept discovering the changing landscapes, as they were getting closer to the Sahara Desert. One of the best things about this rally is the diversity of the itinerary. You see everything ranging from never-ending sand dunes, pristine oases, snowy mountains, as well as rough and smooth roads alike.

Mauritania followed afterward, which should definitely address your thirst for adventure. Nevertheless, there are still some considerations, due to the fact that this country is underdeveloped, the eastern parts being controlled by criminal groups. This is why the Mauritian military accompanied the participants in the overnight camps and during the day in the desert.

Senegal was also on the list – and while this country copes with poverty as well, in comparison with Mauritania, the situation here is better. Due to the savannah, even the 4×4 touring category had some challenges to surpass, as dirt and dust definitely makes everything much more complicated. You might end up on a dead-end dirt track after driving for a while and realize that only afterward.

Finally, reaching The Gambia was definitely a relief for most participants, because the finish line was just around the corner. Nonetheless, due to a lack of bridges, the teams had to take the ferries in order to get to Banjul, which was the final point for the Budapest Bamako Rally in 2018.

On a final note, the countries based in West Africa are quite challenging, especially when it comes to an overland adventure. The only exception to the rule might be Morocco.

Going alone might not necessarily be safe. On the other hand, an organized overland journey presents a range of opportunities, such as discovering beautiful places you wouldn’t find on your own.

But most notably, you can do that while connecting with like-minded people.

Evelin is an overlanding enthusiast and the co-creator of Overland Site. She quit her job to become a full-time overlander, and her website aims to generate as much useful information about overlanding as possible.