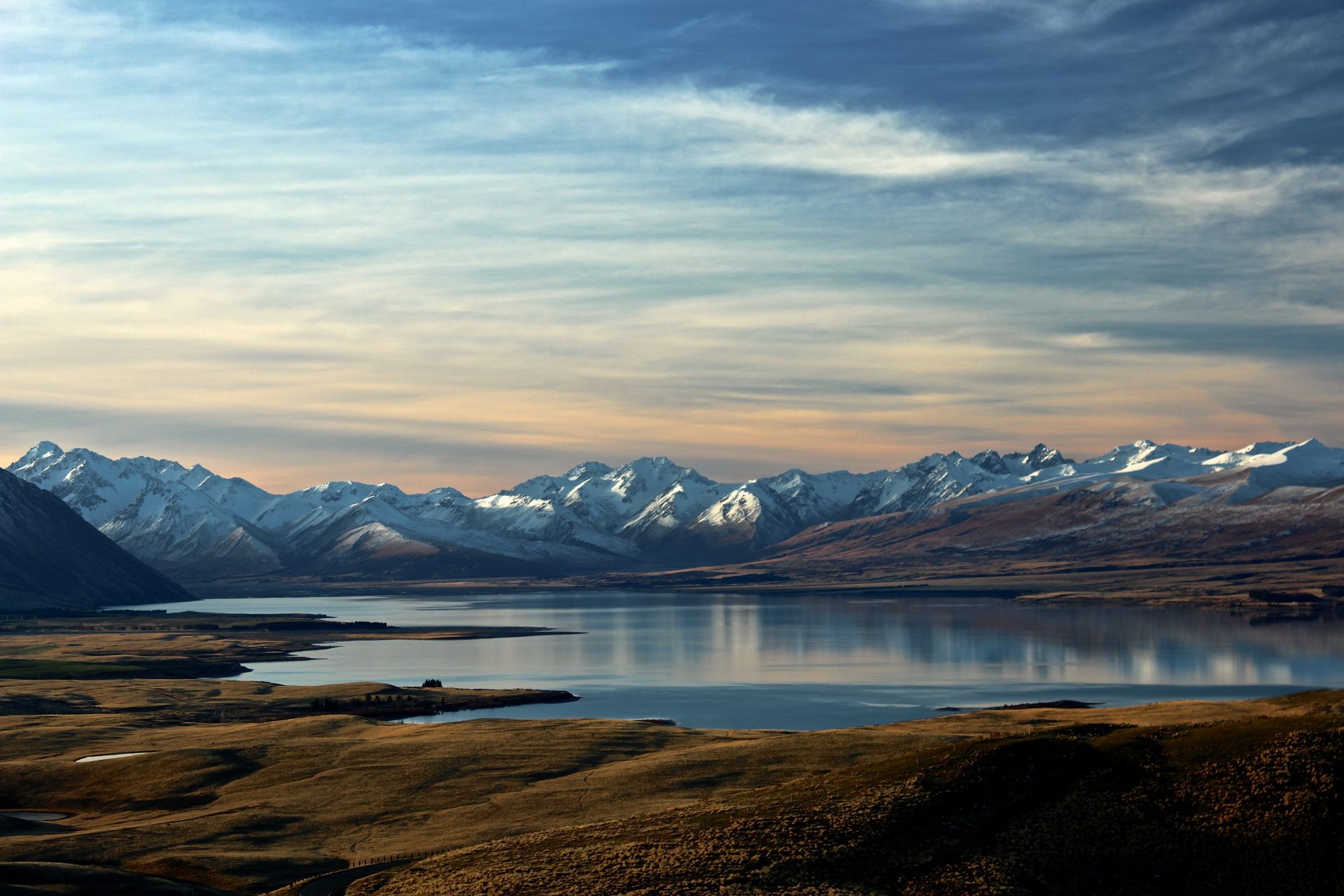 Last year we hired a campervan from Campervan Finder in New Zealand, which is the largest camper rental agency in not only but globally. They have a supplier list of 40+ companies with hundreds of campervans and motorhomes at their disposal, servicing Auckland, Christchurch, and Queenstown. This travel experience inspired us to not only write this blog but subsequently do more traveling, and we ended up renting campers in Australia and the USA.

We started the journey and picked up our camper in Christchurch, and on the same day we caught the extortionately priced ferry (we hadn’t anticipated) over from Picton into Wellington on the North Island in the wee hours of the morning. The weather for our stay in Wellington was fairly abysmal (we had a hairy moment in the campervan with wheels spinning in mud in the campsite) but we enjoyed the buzz of the city thoroughly. We visited the Te Papa museum which was brilliant and we were lucky enough to be there on the day that the New Zealand School of Music were there performing free concerts! They were fantastic and we watched their award-winning jazz band perform and even bought their CD. We wondered the harbour and ate at some cool little cafes and went to the movies – I know we can go to the movies anywhere but we did get some culture visiting at a museum in the day too!

A couple of days later we drove the campervan up to Lake Taupo and decided to plump for another of the Department of Conservation campsites which were free and unpowered. We thought it was fairly close from the basic map given but we were soon well into the nearby forest and on a track which quickly deteriorated into gravel and darkness with the undergrowth meeting in an arch over the road – not the ideal situation with our hulking great van that hates hills and rough terrain. We persevered for about 30mins down this road with my wife getting more and more nervous and my son assuming the persona of a rally driver until we decided that perhaps we had gone wrong! Upon this admission we stopped abruptly and happened to find a flattish clearing with a pretty revolting long drop toilet – home for the night.

Our time in Taupo was really fun, one of our favourite spots in New Zealand. We drove and visited a Geothermal village which was extraordinary. The geysers, hot springs, mud pools and rock formations were all brightly coloured and totally unspoilt, shooting up boiling sulphuric water at random and gushing out steam. We wondered around breathing in the eggy odours of the sulphur – we quickly got used to this as in this region it is everywhere you go! We saw a pool of water in a cave which was said to clean jewelry but warned that it is very easy to tread in the water by accident as the surface is so clear. My son promptly jumped shin deep in this water in his new hand knitted socks, trainers and trousers… after a lot of laughter (more so from my wife) we fled before anybody noticed!

See Also  How to Budget your Holiday in South Africa

The next day we drove out camper and booked to do a skydive with the company a friend we had made in Thailand worked for and slept that night with fingers crossed that the weather would keep clear. We woke up to clouds and gloom and had resigned ourselves to not being able to go. However, after fate canceling my sons belated 21st present before in Christchurch with the hot air balloon breaking, he decided to smile on us and the clouds broke apart and the sun shone and we got very nervous and excited. We boarded the pink Skydive Taupo plane and our skydivers strap themselves to us. We rose steadily over scenic Lake Taupo, although both of us were too busy trying to keep our underwear clean to properly take in the view. One of fellow skydivers jumped out at 12,000ft as we rose the extra 3000ft before my wife slid down to the edge of the plane with my son watching her dangling out the plane for a few seconds before she tumbled into the air. Next it was my sons’ turn to pretend to fly, as he fell out the plane air rushed past him and fear turned into pure adrenaline. The sun came out and Lake Taupo approached at a rocketing 200kmph. 60 seconds of quite literally breathtaking freefall later the parachute was out, and it was a 5-minute para-glide over beautiful Lake Taupo before he was back on firm ground.

Both of us had an amazing time skydiving, and would both give it another go if we got the chance. The remainder of the day was driving the camper to Lake Taupo and stopping for lunch before heading back to the van, which we had parked in a hostel carpark for the night to get ready for a rare meal out and a few drinks whilst partaking in the local pub quiz Rotorua Thermal Area.

Next up, we drove the campervan rental to Rotorua aka Sulphur City. We did some more geyser spotting and watching of bubbling mud at ‘Hells Gate’ geothermal park. We then relaxed in their mud spa which left us pampered and beautiful but smelling of egg… for the next 4 days. We went and did a really long and exciting walk through the Redwood forest which had enormous trees and was very twilight! We also went to Huka falls and some other local attractions including a hot water beach where digging a hole unearthed incredibly hot lake water… and of course the local Indian!

We then drove and traveled onwards to Waitomo aka the shire in Lord of the Rings/ tellytubby land where the land is looks like a collection of grassy boulders and was incredibly picturesque. A local lodge allowed us to park the camper and camp in their grounds and use their facilities which was lovely, we indulged and actually watched some of Lord of the Rings and spent the next two days exploring the area taking in their world famous caves. We went and saw a naturally formed bridge, a HUGE waterfall (biggest yet!) and another cave. We went up to Raglan on the coast and found a stunning black beach, allegedly another hot water beach, but it was decidedly chilly when we were there.

Our final few days were spent mooching around Auckland and shrugging off the cabin fever from the campervan! Auckland was simply enormous and sprawling with what seemed to offer a fantastic lifestyle. I definitely would recommend anyone visiting NZ to hire a campervan and soak up all the country has to offer as there is just so much to do!

Mark loves to explore the Earth and find those tranquil spots where nature has been untouched by man.