How much does it cost to travel to Savannah?

How much money will you need for your trip to Savannah? You should plan to spend around $128 per day on your vacation in Savannah, which is the average daily price based on the expenses of other visitors. Past travelers have spent, on average, $46 on meals for one day and $22 on local transportation. Also, the average hotel price in Savannah for a couple is $135. So, a trip to Savannah for two people for one week costs on average $1,788. All of these average travel prices have been collected from other travelers to help you plan your own travel budget.

A vacation to Savannah for one week usually costs around $894 for one person. So, a trip to Savannah for two people costs around $1,788 for one week. A trip for two weeks for two people costs $3,577 in Savannah. If you're traveling as a family of three or four people, the price person often goes down because kid's tickets are cheaper and hotel rooms can be shared. If you travel slower over a longer period of time then your daily budget will also go down. Two people traveling together for one month in Savannah can often have a lower daily budget per person than one person traveling alone for one week.


How expensive is Savannah? How much money do I need for Savannah?

How much does a trip to Savannah cost? Is Savannah expensive? The average Savannah trip cost is broken down by category here. All of these Savannah prices are calculated from the budgets of real travelers.

Looking for a hotel in Savannah? Prices vary by location, date, season, and the level of luxury. See below for options.

How much does it cost to go to Savannah? Naturally, it depends on the dates. We recommend Kayak because they can find the best deals across all airlines.

The price of renting a car in Savannah will depends on dates, the type of car, the location, and your age. We recommend Kayak because they can find the best deals across all car rental companies.

What did other people spend on Entertainment in Savannah?

Typical prices for Entertainment in Savannah are listed below. These actual costs are from real travelers and can give you an idea of the prices in Savannah, but your costs will vary based on your travel style.

Romantic Things to do in SavannahAffordable Weekend Trips in the SoutheastSavannah, Georgia: Cheap Activities and Tours on a BudgetAtlantaValdostaSaint Simons

Savannah On a Budget 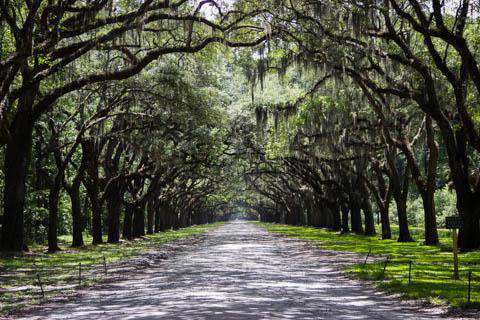 Savannah, Georgia
Savanah is a reasonably priced city by U.S. standards. With a wide range of accommodation and food options, it's possible to experience this historical city on a cheaper budget, or, if you like, to live it up in luxury without spending an inordinate amount of money.

Just wandering the streets alone from park to park will bring you past some of the most charming sights of the city. Little neighborhoods enclose each little park making them seem like courtyards for the grand architecture surrounding them. Tall trees draped in southern moss provide a magical kind of shade from the heat of the day as you journey through the city. Forsyth Park, located at the city's center, encompasses 30-acres lined with paths and athletic areas. It is popular spot for local events and weekly farmer's markets. In addition to the parks and historic houses, Savannah is also home to many museums, the breathtaking Gothic-Revival Cathedral of Saint John the Baptist, and the picturesque Bonaventure Cemetery, which has captured the imagination of writers, poets, photographers and filmmakers for more than 150 years.

The Historic District of Savannah is the place to see if you are looking to experience a little piece of old southern charm. With cobblestone streets, beautiful colonial architecture, and Spanish moss lined avenues, you could spend the day getting lost in another time and place. One famous home in the district is the birthplace of Juliette Gordon Low, the founder of the Girls Scouts, located at 10 East Oglethorpe Avenue.

The Old Port of Savannah on River Street is a charming cobble-stoned district lined with shops, cafes, bars, and restaurants with waterfront views. This area of the city caters to tourists and so is the place to find whatever souvenir you are seeking from t-shirts and knick-knacks to postcards and salt water taffy. River Street also has a thriving nightlife.

The long list of things to do in Savannah starts off with visiting Savannah's Historic District, the Cathedral of St. John the Baptist, Forsyth Park, and Bonaventure Cemetery. All of these attractions can be seen on foot with a group or on an adventure of your own. As mentioned before, the city is full of history and historic homes that now house museums like the birthplace of Juliette Gordon Low, the Owens Thomas House, and the Scarborough House which is now home to the Ships of the Sea Museum. Being an old town with a rich history, another fun activity is to book a ghost tour of Savannah. Usually held at night, these tours give insight to the spookier side of the city's history.

If you want to see another side of Savannah's past, the Wormsloe Historic Site offers a look at the grounds of an old cotton plantation on the outskirts of the city. After a drive down the 1.5-mile oak avenue, visitors are welcome to explore the ruins of Noble Jones' fortified house, a museum, and a demonstration area interpreting colonial daily life. While the historic site encompasses a whopping 882 acres, the Wormsloe House that stands today and its surrounding acreage are still owned by the descendants of Noble Jones and closed to the public.

If you want to get out of town for a bit, Savannah is not far from several beaches. Why not drive or take the ferry to Hilton Head Island, which lies just over the river in South Carolina. Here you'll find plenty of beaches, golf, and the famous Harbor Town.

Savannah cuisine is a rich mix of exotic influences, brought in by the spice trade and from the slave trade as well-slaves who settled from the Savannah River south, Gullahs, from the Carolina Low Country, mixed with Scots, Moravians, Germans and French. From seafood stews and gravy and grits to barbeque briskets and fried chicken, Savannah eats are hearty and homey and good for the soul. The restaurants that draw the most crowds are located on River Street; however, there are also a few gems located inland like Mrs. Wilkes, A.lure, Circa 1875, and Wiley's Championship BBQ. As far as dessert goes, look no further than Leopold's Ice Cream.

Arranged on a perfect grid perpendicular to the Savannah River lined by River Street, Savannah is an easy city to navigate on foot. However, if you are looking for public transportation to find your way, the best method is on the Dot. Dot is Savannah's fare-free Downtown Transportation system. It allows users to Ride the rails on the historic River Street Streetcar, and hop on the ferry to Hutchinson Island and the Savannah International Trade & Convention Center.

The express shuttle operates every 20 minutes or less, serves 11 stops around the Historic District, and connects to municipal parking facilities, visitor centers, streetcar and ferry.

The nearest airport to the city is the Savannah/Hilton Head International Airport, where rental cars, shuttles, and taxis can be procured for travelers.

A walk around town

By Bryan in Entertainment
You can visit Savannah's Historic District in the daytime by walking. The Historic District is about one mile square, bordered at the north by the Savannah River, the south by Forsyth Park, the east by East Broad St., and on the west by the Visitor Center and MLK. The downtown squares and old shops and restaurants make for a good day's walk (or more). Self-guided audio tours are available at the visitor's center. Tour guides are available as well.