How much does it cost to travel to Hong Kong?

How much money will you need for your trip to Hong Kong? You should plan to spend around HK$1,085 ($140) per day on your vacation in Hong Kong, which is the average daily price based on the expenses of other visitors. Past travelers have spent, on average, HK$205 ($26) on meals for one day and HK$55 ($7.04) on local transportation. Also, the average hotel price in Hong Kong for a couple is HK$959 ($124). So, a trip to Hong Kong for two people for one week costs on average HK$15,189 ($1,960). All of these average travel prices have been collected from other travelers to help you plan your own travel budget.

A vacation to Hong Kong for one week usually costs around HK$7,594 for one person. So, a trip to Hong Kong for two people costs around HK$15,189 for one week. A trip for two weeks for two people costs HK$30,378 in Hong Kong. If you're traveling as a family of three or four people, the price person often goes down because kid's tickets are cheaper and hotel rooms can be shared. If you travel slower over a longer period of time then your daily budget will also go down. Two people traveling together for one month in Hong Kong can often have a lower daily budget per person than one person traveling alone for one week.


How expensive is Hong Kong?

How much does a trip to Hong Kong cost? Is Hong Kong expensive? The average Hong Kong trip cost is broken down by category here. All of these Hong Kong prices are calculated from the budgets of real travelers.

How much does it cost to go to Hong Kong? Naturally, it depends on the dates. We recommend SkyScanner because they can find the best deals across all of the airlines.


How much money do I need for Hong Kong?

How much do tours to Hong Kong cost? Multi-day tours can often be an effecient way to see the highlights of a country or region.

Find a hostel, guesthouse, or B&B in Hong Kong

Hong Kong On a Budget

Hong Kong
In Hong Kong you will find a predominantly Cantonese population that has long been influenced by British occupation. Most residents speak English and you can see the obvious effects of years of capitalism. Shopping malls are everywhere and most are thriving. Along the waterfront every night the buildings light up in a dramatic and festive light show that highlights such businesses as Sony and Canon, which are fixtures in the city. The city is a major financial hub, and is very international in nature. The city itself is very densely packed and there are narrow high rises that look vulnerable due to their height. There are two main areas to the city, Hong Kong Island and Kowloon. Hong Kong Island is the location of the original British settlement. Today it is where you will find the highest skyscrapers, the most modern buildings, and the most popular shopping areas. Kowloon is located on a peninsula that is to the north of Hong Kong Island. The tip of the peninsula is a popular destination for backpackers as it has many of the city's hostels. This area is referred to as Tsim Sha Tsui. There are also a few high end hotels in the area. It is possible to head outside of the city so that you can escape into some rural regions where you can take a break from the crowds.

Hong Kong is so much more than a tourist destination. It's a booming city that has something to offer everyone. There are some districts that are popular with tourists, but if you really want to see the true Hong Kong you should look beyond the tourist attractions. There are several popular neighborhoods to hang out in as a traveler. Downtown Hong Kong is where you'll find some of the city's best shopping. Lan Kwai Fong is the place to go to grab a drink at a bar or a nice meal in a restaurant. Soho has a lot of the city's top entertainment and Sheung Wan has some smaller shops that reflect the area's colonial past. If you're looking for department store shopping head to Causeway Bay. For the best view of the skyline walk along the Kowloon Waterfront. This will offer you the most quintessential look at the city's skyline.

Another popular activity in Hong Kong is horse racing. Between September and June you can check out the races twice weekly. Many people choose to gamble, but if you're not the betting type it's fun to go and watch the festivities as well. Some people can be rather outspoken and involved so it's a great opportunity to see Hong Kong's culture.

Victoria Peak: Take the Peak Tram up to the top of Victoria Peak for a stunning view of the city from Peak Tower. Like most places in Hong Kong, you'll not only find an observation deck at the top, but also a shopping mall. You can also grab a nice dinner and wander through some museums.

Tsim Sha Tsui Waterfront: This area is popular with backpackers as it is where you'll find most of the budget accommodation. There are a few nicer hotels here as well. It's a great place to explore. You can wander along the pedestrian only promenade and check out the Hong Kong skyline as it lights up at night.

"Ladies' Market": Go shopping at this famous street market. It's the place to go to find cheap knock off items or low cost clothing. It's located in in Mong Kok and can be reached by MTR or by bus.

Hong Kong is a food lovers' destination. Check out this Hong Kong food guide for more info and suggestions. Most locals eat out frequently so you'll find no shortage of restaurants around the city. There are any number of food options available from Chinese to Western style restaurants. Most have their own unique Hong Kong flare.

Dim Sum: Dim sum is similar to tapas in that you are served a variety of small dishes. Servers circle the restaurant with carts full of items which diners can choose from. Dumplings, fried rice, and noodle dishes are often among the options available.

Siu Mei: This is a pork dish that is popular all over Hong Kong. The meat is typically roasted over an open fire or in a rotisserie oven. It's prepared with a honey sauce and often has a rich barbecue flavor.

Chinese Hot Pot: Boil yourself up a soup at your table with a traditional Chinese Hot Pot. It's usually prepared with a broth base. Diners cook the thinly sliced meat and vegetables at the table until it makes a soup type dish. 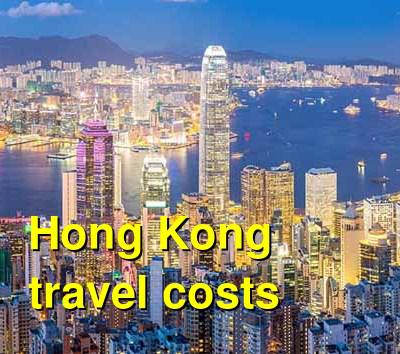