How much does it cost to travel to Granada?

How much money will you need for your trip to Granada? You should plan to spend around C$1,166 ($32) per day on your vacation in Granada, which is the average daily price based on the expenses of other visitors. Past travelers have spent, on average, C$412 ($11) on meals for one day and C$252 ($6.99) on local transportation. Also, the average hotel price in Granada for a couple is C$1,002 ($28). So, a trip to Granada for two people for one week costs on average C$16,318 ($453). All of these average travel prices have been collected from other travelers to help you plan your own travel budget.

A vacation to Granada for one week usually costs around C$8,159 for one person. So, a trip to Granada for two people costs around C$16,318 for one week. A trip for two weeks for two people costs C$32,635 in Granada. If you're traveling as a family of three or four people, the price person often goes down because kid's tickets are cheaper and hotel rooms can be shared. If you travel slower over a longer period of time then your daily budget will also go down. Two people traveling together for one month in Granada can often have a lower daily budget per person than one person traveling alone for one week.


How expensive is Granada? How much money do I need for Granada?

How much does a trip to Granada cost? Is Granada expensive? The average Granada trip cost is broken down by category here. All of these Granada prices are calculated from the budgets of real travelers.

Looking for a hotel in Granada? Prices vary by location, date, season, and the level of luxury. See below for options.

How much does it cost to go to Granada? Naturally, it depends on the dates. We recommend Kayak because they can find the best deals across all airlines.

The price of renting a car in Granada will depends on dates, the type of car, the location, and your age. We recommend Kayak because they can find the best deals across all car rental companies.

What did other people spend on Food in Granada?

Typical prices for Food in Granada are listed below. These actual costs are from real travelers and can give you an idea of the prices in Granada, but your costs will vary based on your travel style.

What did other people spend on Entertainment in Granada?

Typical prices for Entertainment in Granada are listed below. These actual costs are from real travelers and can give you an idea of the prices in Granada, but your costs will vary based on your travel style.

Tips and Handouts Budget in Granada

What did other people spend on Alcohol in Granada?

Typical prices for Alcohol in Granada are listed below. These actual costs are from real travelers and can give you an idea of the prices in Granada, but your costs will vary based on your travel style.

Granada On a Budget 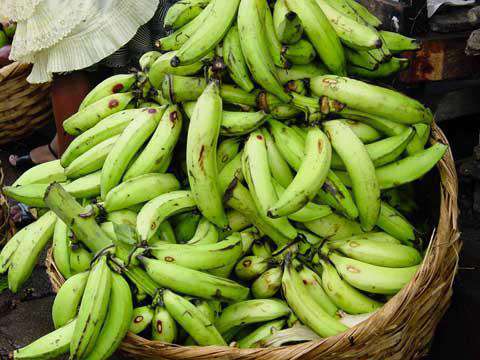 The market of Granada, Nicaragua
Granada is Nicaragua's oldest colonial city, and arguably, the most beautiful city in the country. It sits on the northern edge of Lake Nicaragua (Lago Cocibolca) and has many beautifully colored buildings and nice churches. The city's beauty and colonial architecture, along with its relative safety and accessibility, make it one of Nicaragua's top tourist destinations. The city has long been a center for commerce, but today its economy depends heavily on tourism. The city is the sixth largest in Nicaragua and a real estate boom in the early 2000's brought a large number of expats to the town.

There are some great sights around town, many of which are rooted in the city's beautiful colonial architecture and its historic past. There are six beautiful churches around town, each with its own unique architecture and story. They are also in varying stages of disrepair. These churches include the Cathedral, La Merced, Guadalupe, Xalteva, San Francisco and Maria Auxiliadora. Also make sure you visit the historic fort built in the 18th century, Fuerte La Polvora. It has some interesting exhibits on its main level. Lake Nicaragua may not be the most beautiful lake, but if you head to the waterfront during the day you'll see many Nicaraguan families enjoying a picnic or relaxing in the sunshine. Also make sure you walk through the town's local market, which is a fascinating experience in and of itself. Here you'll find anything from local fruit and produce, to freshly slaughtered meat, or children's clothing and shoes. It offers you a chaotic glimpse into the everyday life in Granada.

If you're looking for an interesting way to get out on the lake, there are boat tours. The boats leave from Puerto Asese and you'll have a guide who can tell you all about the nearby islands.

Granada is located on the edge of Lake Nicaragua, which ranks twentieth in size world wide. The streets are narrow and charming, making the city fun to explore. The Central Park has the Cathedral and many colonial houses surrounding it. It's in the middle of town and you'll find many shops with handicrafts or snacks nearby. The local market is also an interesting area worth a visit. There are shops and stalls that sell anything and everything.

There are many tours and activities that you can enjoy while you're in Granada. Boat tours of Lake Nicaragua can be a fun way to get on the water and meet the local people on the islands. It's also possible to go horseback riding, hiking, or take a canopy tour on the side of Mombacho Volcano.

Granada has an excellent reputation as a culinary city. For budget travelers, there are many street vendors that offer tamales, carne asada, gallo pinto, fried plaintains, and many other local dishes. On local specialty is Vigoron, which is made with cabbage, tomatoes, onions, and fried pork rind, all served on mashed yucca.

As Granada's economy has become increasingly dependent on tourism, it's restaurant selection has grown and diversified. There are high end restaurants that offer everything from organic international dishes to seafood, tapas, or Asian fusion. You can also enjoy local fish platters at Asese, which sits on the edge of Lake Nicaragua.

Granada is a small city and it's possible to walk most places around town. There are also buses and minibuses that travel many places. Large, outdated American and Canadian school buses frequently travel routes and will stop to pick you up if you glance in their direction. Minibuses run on a somewhat set schedule but are slightly more expensive.

Aside from walking, taxis are generally the easiest way to make your way around the city. It's possible to hire a taxi for an entire day to show you the whole area, but it is best to get a recommendation ahead of time. If you arrange everything in advance, you can even have them pick you up at the airport. Basic local taxis have set prices and if you're taking a trip within town you can expect to pay about 7 to 10 cordobas during the day and 15-20 cordobas at night.

A slightly more glamorous way to see the city is by horse-drawn carriage. Called coches, these carriages travel from the cemetery in the southwest to the converted Rail Station in the north and the water from to the east. The tour is about an hour and a half and costs about US$30.