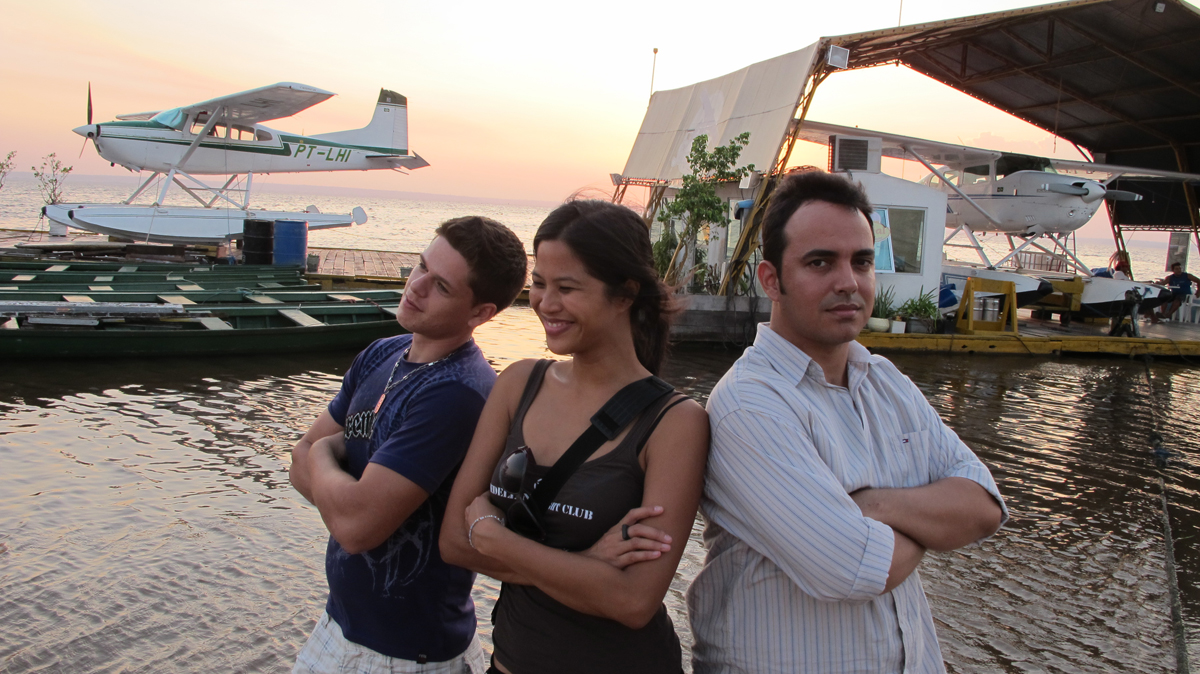 Before our five-month trip to Latin America, we talked a lot about places we wanted to visit and things we hoped to see and do. Conversations we had about our trip always seemed to revolve around sights and activities. People wanted to know what we were going to do with our time. And so we did our best to compile a list of destinations we planned to hit.

In July 2010, Matt and Tran of Backpack Forever left their settled lives in Houston, Texas to embark on a five-month journey to Central and South America. Their trip led them through Costa Rica, Panama, Colombia, Ecuador, Peru, the Guianas, Brazil, and Argentina. They’re back in the U.S. for now and have agreed to share their thoughts on “the truth about travel.”

Researching destinations became addicting. Like other long-term travelers, we amassed an impressive collection of maps, photographs, favorite travel blogs, and articles about Central and South America. We made lists of places we wanted to see and preoccupied our minds with images of Panama’s unspoiled beaches, the flooded dunes of Lençóis Maranhensas, the falls at Iguazú, and so on. We were preparing ourselves to see the world.

In five months, we covered 10 countries, visited 12 UNESCO world heritage sites, and took in an endless array of beautiful landscapes. We saw a lot. We even watched a rocket launch in French Guiana, the result of extreme luck and circumstance. Yet despite everything we saw and did, we found it difficult, upon our return, to talk about our trip in a way that lived up to people’s expectations. The fact is the stories we treasured most were of people, not the places or things we initially sought out.

The sites we looked forward to seeing–the ones we tortured our friends and family with–became a mere backdrop to our actual experiences. Sure, Rio de Janeiro is great, but the memories we cherish most from Brazil are the stories of exceptional generosity and kindness–the incredible series of events that happened to us from Rio Branco to Manaus.

When we arrived at the Rio Branco airport, we had zero reais and not a crumb of Portuguese to lean on. Unable to communicate our needs to the Gol ticket agent, we turned to the angel behind us. Duda offered us a ride into the city and helped us purchase the ticket we were looking for–not an easy task as it turned out. A simple ride turned into a city tour, lunch and drinks with friends, a home-cooked dinner, and a ride to the bus station. Determined that we make it to Manaus safely, Duda insisted we look for her friend, Leandro, once we arrived at the next destination.

At the airport in Pôrto Velho, a friendly voice asked us, “Are you friends of Duda? ” Leandro happened to be on the same flight to Manaus. After learning that we would be staying in Manaus a few days before heading to the Guianas, Leandro was adamant that we stay with him. “I will show você mi cidade,” he insisted in a mix of English, Spanish, and Portuguese. This is how we spoke to each other, but it worked. He took us to a local churrascaria and to Payol, an insanely entertaining forró bar, and then tidied up his guest room for our eventual three-night stay in Manaus. Our mornings were met with elaborate breakfasts made special by Leandro. Our evenings were filled with live music, dancing, and late-night excursions to exotic fruit stands. He even took a day off work to show us everything we had to see in Manaus.

Then came the biggest gesture of all. As we were leaving for the bus station, Leandro discovered that Matt had never had açaí. Finding this utterly unacceptable and insisting that there was enough time, Leandro put down the car keys and went to the kitchen. He then proceeded to whip up his version of this delicious Amazonian sorbet, as we stood there amazed and worried that we were going to miss our bus. Matt’s anxiety over the situation, coupled with Leandro’s quest to concoct the perfect açaí at the very last minute, made for some good laughs during the rest of the trip.

Countless stories like these fill our memories of Latin America. Instead of ruins, beaches, and mountains, our thoughts always return to the people we met along the way, and the openness with which our new friends welcomed us into their lives. As we settle back into our lives in the U.S., a truth about travel has become clear. Though we think we travel to see beautiful things, what we find–the people who make the places worth seeing–are really what we were looking for all along.

Matt and Tran founded BackpackForever.com with two goals in mind: to consolidate and record the communal wisdom of the backpacking community and to help backpackers get paid while traveling. In July 2010, Matt and Tran said goodbye to their friends and families and headed to the airport to embark on a 5-month journey through Central and South America.

4 thoughts on “The Truth About Travel”