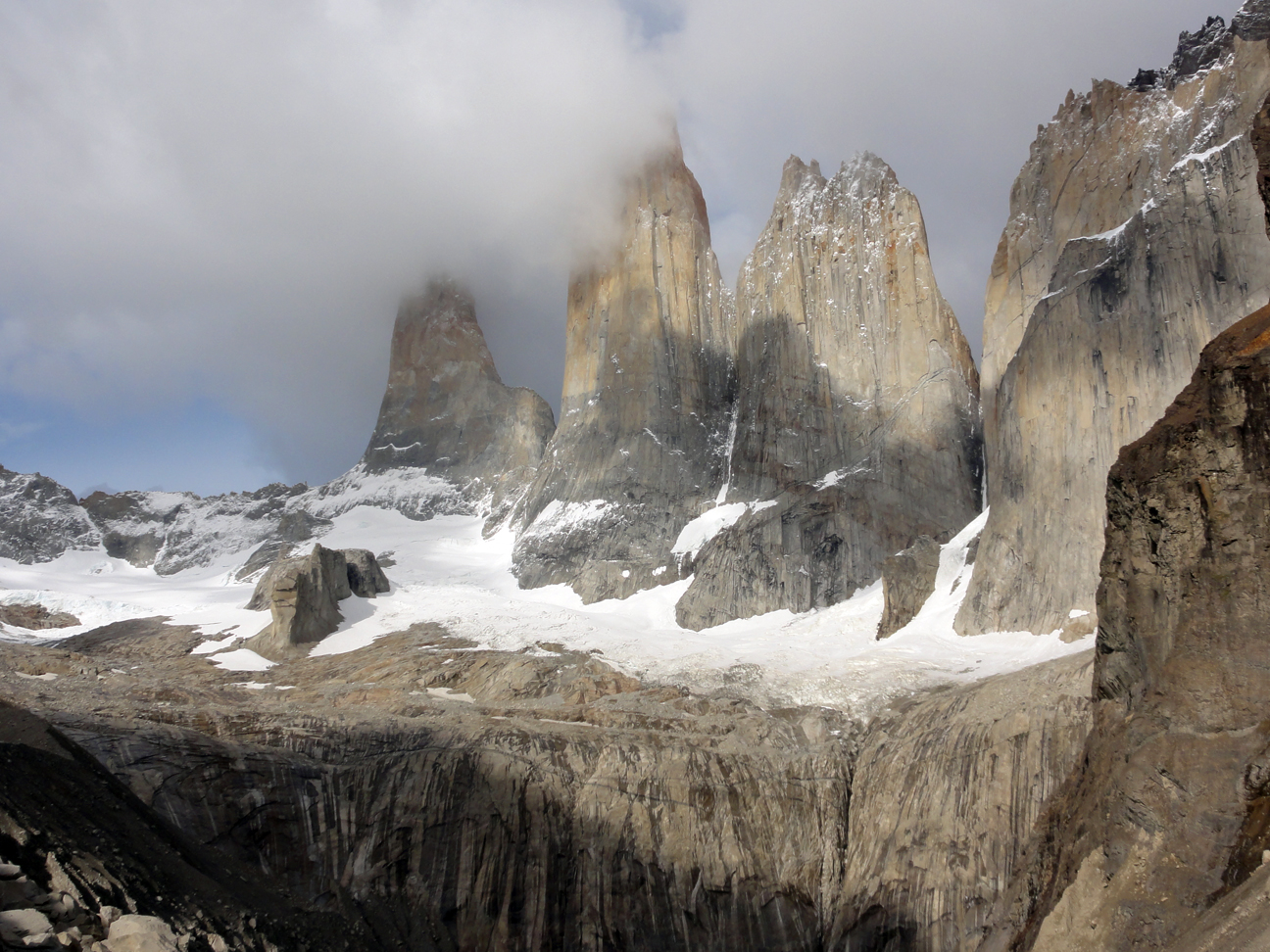 Torres del Paine is a national park in Patagonia, Chile. It is known for some of the most spectacular hiking in the world.

Update: check out our Ultimate Guide to Hiking in Patagonia.

I met many people as I hiked the park – people doing it on many different budgets. There was Joe from Chicago who camped and lived on porridge for nine days – surely that’s the cheapest it can be done. There were others who stayed at the Refugios with breakfast, dinner and a box lunch included for the trail. In between there was me: I camped, ate one meal at a Refugio, had drinks at the bar during happy hour (when they were half price) and ate a lot of nuts, dried fruit and other easily portable food.

A guest post by Janice Waugh from Solo Traveler

To help you budget your trip to Patagoina, here are the costs I incurred. I’m indicating most prices in pesos except those I paid for in US dollars. The typical conversion is 1000 pesos to $2 (editor’s note: this exchange rate is no longer valid). All prices include taxes.

Getting there and getting back

I left Santiago, Chile on a night bus to Puerto Montt. Doing this, you have three choices: a regular bus, half cama or full cama. I chose the full cama where the seat folds out into almost a full bed. In the cost of 19,900 pesos, they include a snack at night and in the morning.

In Puerto Montt, I took the Navimag Ferry to Puerto Natales which is the launching point for entering Torres del Paine. I chose a cabin for four and took my chances on my cabin mates – I was very lucky. They were fabulous. The cost, which included three nights and all meals while on board, was $600.

After hiking the park I returned, to Santiago by plane at a cost of $178. Obviously, this is much cheaper than taking the overnight bus and ferry but the ferry through the Chilean fjords was truly a fantastic experience.

Take cash. Almost everything in the park is cash only so, unless you plan to hike every step of the way, carry your food and camp, you’ll need money. I hiked the two sides of the W and stayed three nights. I took 70,000 pesos and just made it out of the park. Here’s how I quickly used that money:

See Also  Top Tips for Going on a Hiking Trip

In Puerto Natalies I stayed at the Erratic Rock hostel in a dorm for 9,000 pesos then took the bus to Punta Arenas the next day for 4,000 to catch the plane back to Santiago.

There you have it. Hopefully, knowing how I spent money in Patagonia, will help you budget this trip of a lifetime.

Janice Waugh is known as the Solo Traveler. She traveled solo in her twenties and is now doing it again. On her blog you’ll find travel stories, advice, and tips from around the world.