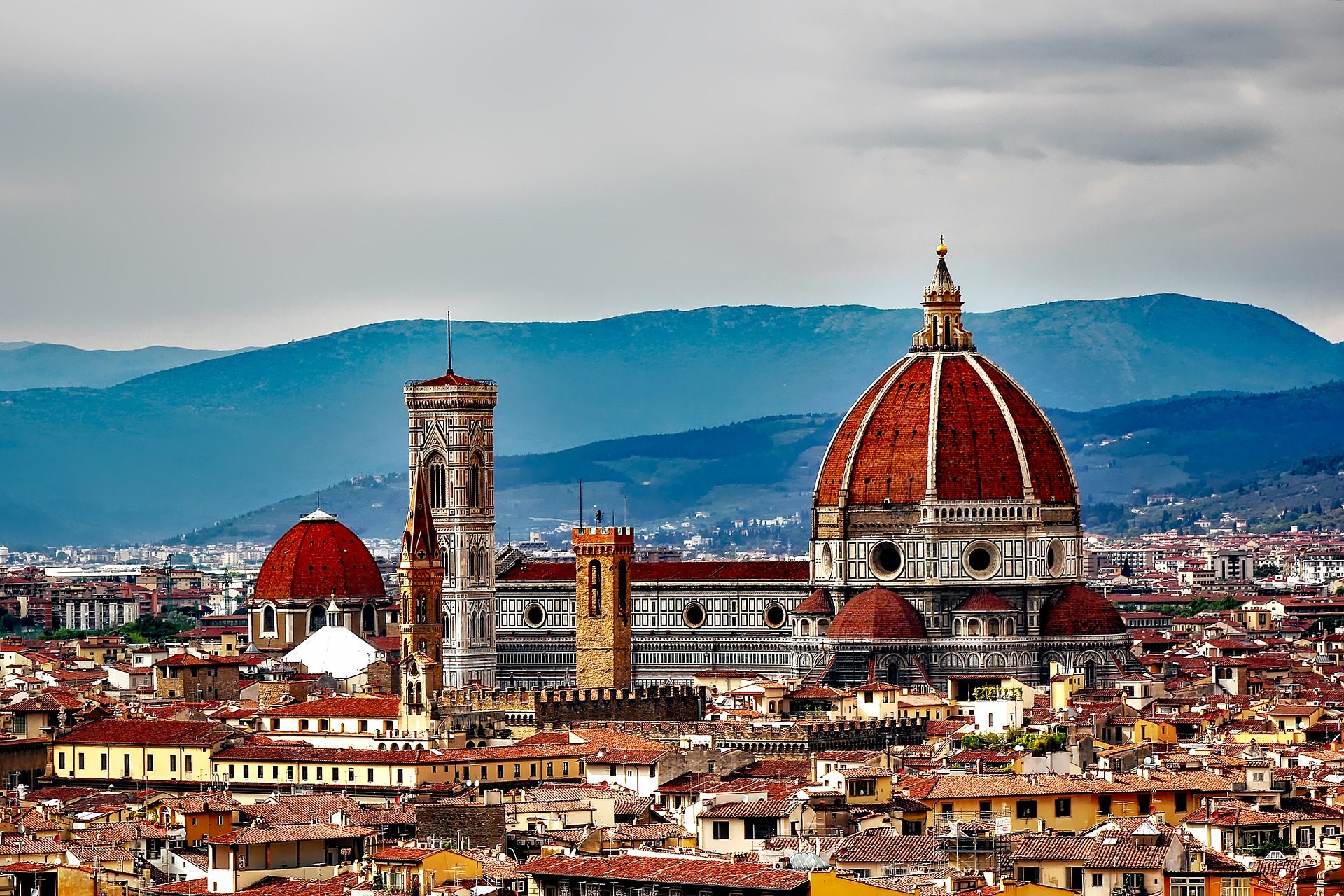 If you’re visiting this amazing Italian city for the first time, you’ll most likely already have a few ideas in mind for what to do in Florence, such as visit the Ponte Vecchio, the Uffizi Gallery, Palazzo Vecchio, or maybe the famous Santa Croce. But how can you possibly squeeze all of this and more into a day trip? Easy, follow along, and we’ll show you how to fit it all in.

Start with the Duomo

Florence is famous for its art, architecture, and history. The Duomo brings you all that in one. So, let’s take a closer look at what the Duomo has to offer and what makes it so marvelous!

A little tip for first-time visitors: all Museums are closed on Mondays, so be aware of this when you’re planning your trip!

History of the Duomo

Located in the heart of Florence, it’s one of the most famous pieces of architecture in all of Tuscany. Although the Duomo has been standing since the 4th-century, the facade we see today was only constructed in the early 1870s.

The Cathedral is known locally as Santa Maria del Fiore. The white, green and pink marble facade is not only stunning to admire but awe-inspiring. At 153 meters high, the Cathedral itself is huge. For a time, it held the title of the world’s largest Church. That was until the construction of Saint Peter’s Basilica many years later in 1615. This relegated the Duomo to being Europe’s 4th largest Church.

What about the art inside?

The frescos adorning the ceilings are quite graphic, depicting scenes from heaven and hell. Full of demonic characters fighting and torturing souls of the dead. One of the most interesting facts about the Cathedral itself was that it was funded using public money. It boasts a variety of artwork such as the Trompe l’oeil of Niccolò da Tolentino and the funerary monument to Sir John Hawkwood.

As I’ve already mentioned, the Duomo was built back in the 4th-century. As such, the technology for putting it together was also, 4th-century. The use of primitive technology led many to worry that it would be impossible to place the massive dome on top of the Cathedral. The dome alone is 4.6 meters (15 feet) high so you can understand their concern!

The solution? The Duomo’s architect, Filippo Brunelleschi had the brainwave to create two shell structures. This meant those working on the heavy, outer shell would be supported by the inner shell underneath.

Can I clamber to the top? Yes! Ascending to the tower of the Duomo is possible! Once you get to the top of this 295-foot high structure, you have a terrific (and some would argue the best) panoramic view of the city. It takes roughly 10 minutes to climb the 463 steps before you reach the top of Brunelleschi´s dome. The narrow and dimly lit staircase leads you to believe you’re back in medieval Italy.

I have only realized recently how lucky art lovers are to live in Florence. Walking through the streets, I lose count of the number of excellent museums and exhibits. I heard a nice phrase from a friend who also visited Florence a few years ago. He said Florence was “an open-air museum, there’s so much there, it’s as if the entire city is a vault of art, sculptures, and inspiring exhibitions.”

There are loads of smaller pieces and collections peppered throughout the city. Did you know there are world famous pieces such as Michelangelo’s David and Ghiberti’s Gates of Paradise? Florence also boasts the Fountain of Neptune, and the Madonna della Seggiola skillfully crafted over five centuries ago.

On a trip to Florence, you must check out the Uffizi Gallery. Even if you’re not an art buff, you will appreciate the displays here. You can tour Italian art history all the way from the 12th to the 17th century. Leonardo da Vinci’s Annunciation, Michelangelo’s Holy Family and various paintings depicting the life and death of Jesus Christ are found within the walls of the gallery.

Now let’s move on to the fantastic architecture that adorns the city.

Florence is packed with magnificent buildings and structures that have been standing for decades. One such place is the Ponte Vecchio bridge, a favorite spot for admiring the sunset. The medieval bridge is also where you will find jewelers and souvenir sellers. The city is by no means huge and although there are plenty of things to do in Florence, a jam-packed full day or better yet, two days is sufficient to take advantage of most of it.

Other places well worth adding to your list for exploration:

See Also  A Week in Italy

All this and more are ready and waiting for you, whether you have a day trip or an entire weekend in Florence. So what are you waiting for?

Finally, have you ever considered living in this amazing country? If so, you’ll probably want to know how much it costs to live in Italy. It’s not as much as you might think.

Lee Walton writes about all things to do with work, travel, sports, and wildlife while exploring with his travel buddy, his German Shepherd, Bella.