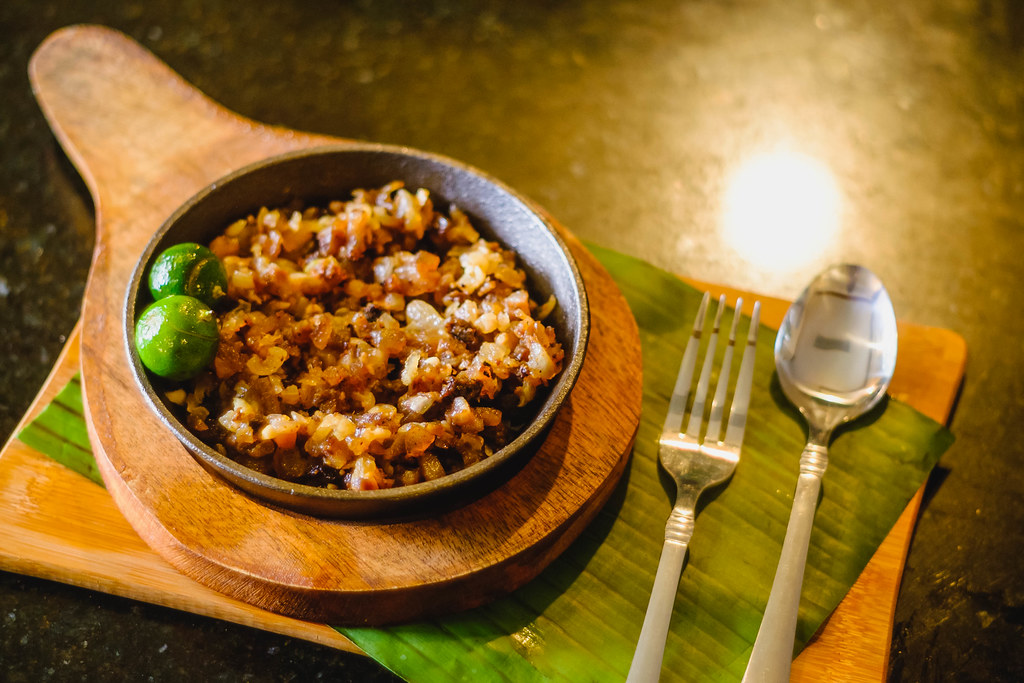 Located close to the equator, the Philippines is a tropical country, constituted by more than seven thousand islands making it one of the major hot spots for traveling. Thus, travelers from all around the world visit the place all year long. Its propinquity to the equator makes it a warm country with Luzon (the largest and most populous island) showing three distinctive seasons–A chilly cold season from November to February, a hot dry summer from March to June and torrential typhoon season from July to October). Apart from the suitable weather and beaches that make the Philippines a hot spot for tourism, food and drinks is another reason why the place is massively popular. Filipino dishes are popular across the globe due to their varied and delicious flavors that exhibit a perfect blend of Spanish, Indian, Chinese, and the Malay Kingdoms’ cuisines.

So when in the Philippines, don’t forget to relish the traditional culinary delights of this island country.

The pork barbecue is a very famous dish in the Philippines and is also called a merienda or snack in between meals. The pork barbecue is also known as the Pinoy pork barbecue. Having this skewered sweet meat with plain rice during meals down the street, that too during a sunny afternoon, when you are hungry, is just a treat for your soul.

Palabok is perhaps another most loved way of cooking pancit. Vibrantly orange, jam-packed with various flavors and textures, it is mixed in with a shrimp sauce, which gets its distinct color from the annatto powder. The dish seems complete with toppings such as the slices of hard-boiled eggs, crushed chicharon, tinapa flakes, and spring onions. (Recipe here.)

The Filipino breakfast quintessentially consists of meat, sinangag (garlic fried rice), and egg. A plate including sweet cured pork known as tocino instead of tapa is called tocilog. This type of generous breakfast is perhaps the best way to begin the day.

The bistek tagalog is also known as the Filipino beef steak. The thinly sliced beef is marinated in a mixture of soy sauce and kalamansi, fried and topped with caramelized onions giving the dish a piquant blend of salty, sour, and sweet flavors. The sweetness of the onions is enough to balance the salty and acidic tastes infused into the meat.

The fried lumpia is the Pinoy version of egg rolls, which is typically served during Filipino feasts when food for the large Filipino family is to be cooked. These are deep-fried rolls that are filled with minced meat and vegetables and are served with a sweet and sour dipping sauce. This dish is easy to make which is why it is found at almost every Filipino gathering.

Made extra rich and delicious with tomato sauce and liver paste, kaldereta is a Filipino beef stew. Instead of beef, goat meat is also used sometimes, mixing it with vegetables namely carrots, bell peppers, and potatoes.

The inihaw na liempo or the grilled pork belly is juicy cuts of perhaps the tastiest part of the pig, marinated, and grilled basting the meat as it is cooked. A typical marinade can be mixed with any of the following: soy sauce, fish sauce, banana ketchup, garlic kalamansi, brown sugar, salt, and pepper depending on the desired taste obviously. This can be eaten with bare hands as well.

Gata or coconut milk is basically culinary gold and anything cooked in it is meant to turn out to be delicious. Cooking your favorite vegetables in coconut milk could be relieving for someone wanting a break from the meat-heavy dishes. This works perfectly well with squash and string beans and maybe some chilli to add a different but exceptional taste to it.

This is a flavorful grilled chicken made with a special marinade of vinegar, kalamansi, ginger, and lemongrass. The golden brown color is typically the result of the annatto oil which is very appetizing. The annatto oil is poured on the rice it is served with. For some exquisite taste, dipping the chicken in spiced vinegar (sinamak) is also not a bad idea.

Kilawin is the Filipino ceviche. Seafood such as tuna and tanguie is often used and is cured in vinegar and kalamansi. Apart from this, onions and chilli are also added for a delightful blend of flavors. The kilawin, also known as kinilaw is usually served with drinks as an appetizer.

The arroz caldo is a rice porridge that is frequently eaten in breakfast and with merienda. Its flavors come from ginger, garlic, onions, and a tasty broth. With cuts of chicken and hard-boiled eggs, individual servings are finished off with fried garlic bits, chopped green onions, and a drizzle of kalamansi.

Flavored with ground roasted peanuts, onions, and garlic, kare kare is a stew with oxtail, ox tripes and lots of vegetables. The dish is served with shrimp paste and kalamansi juice. Kare kare is popular throughout the country and is thought to have been originated by the Indian soldiers who settled in the Philippines during the British invasion.

The beef, in a well-made traditional Filipino tapsilog, is seasoned with a sauce which is a mixture of soy sauce, kalamansi juice, brown sugar, minced garlic, and black pepper. The rice that is fried with lots of garlic gives the dish a strong and appetizing aroma with vinegar of pickled papaya as a complementary serving.

Halo-halo is one of the most popular Filipino desserts with Halo Halo meaning ‘mixed together’. Served in a tall glass that contains ice shavings, condensed milk, ice cream, and other chunks of tasty stuff all mixed together. This tasty stuff is again a mixture of boiled kidney beans, chickpeas, sugar palm fruit, jack fruit, and more. This mixture is added to the condensed milk and shaved ice. This dessert is served by all the vendors along the beaches in the Philippines which are actually the best place to enjoy this dessert.

The cheeks, head, and the liver of the pork is made into a sizzling dish called Sisig. This dish is perfect for a cold beer with its chewy and crunchy texture. It is served with hot sauce and Knorr seasoning. This dish is found in many restaurants as well as stalls and just a fun fact about this particular dish is that it was invented by Aling Lucing at a stall along train railways in Angeles City, Pampanga.

The vegetable dish of Okra, eggplant, bitter gourd, squash tomatoes, and bagoong called pinakbet is very popular up Ilocos Norte. This cheap but healthy dish has now made its way around Archipelago as well where it is cooked in several restaurants and households too.

Pancit Habhab is served on a banana leaf and slurped in Lucban, Quezon. Embellished with carrots, Chayote, and a few pieces of meat, this noodle dish is popular among students and drivers on the go.

Balut is another popular dish in the Philippines. Vendors that sell these eggs on the street, chant the name of the dish to attract customers. This 17-day old duck embryo is boiled, served with rock salt and spicy vinegar and is often had with a cold beer.

These are rice cakes, made by soaking the rice overnight and grinding it with a mortar stone and mixing it in coconut milk and sugar. Christmas, for many Filipinos, is marked by the fragrance of delightful bibingkas cooking at dawn.

Perhaps the most popular and the National Dish of the Philippines is the Lechnon. It is literally a young pig that has been fed on its mother’s milk, which is roasted over charcoal for many hours. The city of Cebu is considered to be the most popular place for serving lechnon.

Lechnon Philippines is also very popular in Spain and Latin America. It is one of the many influences in the Philippines from its 333 years as a Spanish colony. The leftovers of lechnon are served with vinegar and spices.

So the Philippines is not just a place with beautiful beaches, nature and Philippines’ tourist destinations but is home to so many lip-smacking dishes that one shouldn’t miss once in the country. These dishes describe the traditions and culture and the rich history of the country that has evolved over time. From the traditional pork barbecue to the national dish lechnon, the Philippines is a real treat for foodies with cuisines that are not just unique but an experience in itself.

John Gentry is a lifelong adventure travel enthusiast and international manager, Philanthropist, and soldier. Spent 2011-2015 developing an international team in HsinChu, Taiwan. He has had some great experiences and successes traveling around the world documenting his travels with his family via ExploreTraveler.com.