How much does it cost to travel to Spain?

How much money will you need for your trip to Spain? You should plan to spend around €112 ($126) per day on your vacation in Spain, which is the average daily price based on the expenses of other visitors. Past travelers have spent, on average, €27 ($30) on meals for one day and €23 ($26) on local transportation. Also, the average hotel price in Spain for a couple is €100 ($112). So, a trip to Spain for two people for one week costs on average €1,568 ($1,758). All of these average travel prices have been collected from other travelers to help you plan your own travel budget.

A vacation to Spain for one week usually costs around €784 for one person. So, a trip to Spain for two people costs around €1,568 for one week. A trip for two weeks for two people costs €3,135 in Spain. If you're traveling as a family of three or four people, the price person often goes down because kid's tickets are cheaper and hotel rooms can be shared. If you travel slower over a longer period of time then your daily budget will also go down. Two people traveling together for one month in Spain can often have a lower daily budget per person than one person traveling alone for one week.


How expensive is Spain?

How much does a trip to Spain cost? Is Spain expensive? The average Spain trip cost is broken down by category here. All of these Spain prices are calculated from the budgets of real travelers.

While meal prices in Spain can vary, the average cost of food in Spain is €27 per day. Based on the spending habits of previous travelers, when dining out an average meal in Spain should cost around €11 per person. Breakfast prices are usually a little cheaper than lunch or dinner. The price of food in sit-down restaurants in Spain is often higher than fast food prices or street food prices.

The cost of a taxi ride in Spain is significantly more than public transportation. On average, past travelers have spent €23 per person, per day, on local transportation in Spain.

How much does it cost to go to Spain? Naturally, it depends on the dates. We recommend SkyScanner because they can find the best deals across all of the airlines.


How much money do I need for Spain?

How much do tours to Spain cost? Multi-day tours can often be an effecient way to see the highlights of a country or region.

Find a hostel, guesthouse, or B&B in Spain

Spain On a Budget 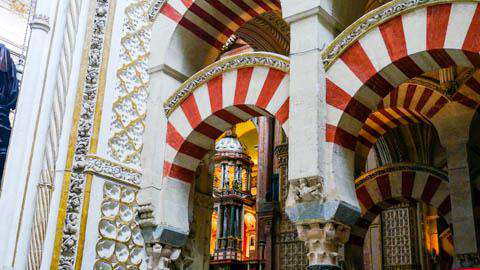 The Mosque-Church of Cordoba, Spain
Spain is located on the Iberian Peninsula beside Portugal in southern Europe. It is at the western end of the Mediterranean Sea and has a pleasant climate with warm summers and mild winters. Spain has managed to maintain its unique culture, which is rooted in its history, architecture, art, cuisine, and of course, its people. People go to Spain for a variety of reasons ranging from its beaches, to its shopping, to its vibrant nightlife. There is also a rich catholic history in Spain which is apparent in its fascinating cathedrals and traditional small towns. One of the most popular activities in Spain is to participate in the Camino de Santiago, a 780 kilometer walk from France into Spain and ultimately ending in Santiago de Compostela. Those participating in the walk are referred to as "pilgrims" and the journey is as much spiritual as it is physical.

Spain's coastline has grown in popularity in recent decades to the point that most towns are filled with foreigners during the warm spring, summer and fall months. You'll be hard pressed to find a town that remains undiscovered, but you even in the most touristy cities you can still enjoy the turquoise waters, warm sun, and excellent restaurants and clubs that are in no short supply. Spain's Mediterranean climate offers a wonderful escape if you're visiting Europe during the chilly winter months. This is also a peak time in some areas so it is best to plan ahead and come armed with reservations.

Spain was once a budget travel destination, but it is no more. With the rapid influx of tourism has come a rise in costs for everything from accommodation to food and drinks. Particularly along the coastline you'll find that costs are surprisingly high. To help you keep costs down consider eating a nice lunch out and cooking for dinner. Most restaurants offer a discounted "menu of the day" during the lunch hours so you can enjoy a filling meal for a fraction of the cost. Buses are also much cheaper than trains, so if your schedule allows, consider skipping the train and taking a bus. Spain is also a great country to consider couchsurfing. There's an active community and it's a great way to experience the culture first hand.

The Alhambra: This palace is world famous and recognized for its architectural, cultural, and historical significance. It is located in the city of Granada and dates back to the fourteenth century when it was constructed by Moorish rulers.
Gaudi Architecture: Gaudi took Art Nouveau to the extreme, creating fanciful buildings that have become landmarks. Most of the works are located in Barcelona, but some are sprinkled throughout the country.
Santiago de Compostella: A city in Galicia that has arcaded streets is filled with charm. It's also the ending point of the Camino de Santiago, a famous pilgrimage that has been taken by religious followers since the ninth century.

Tortilla de Patata: This tapa style dish is similar to a potato omelet. It's a favorite in many restaurants is made very thick and fried in olive oil.
Paella: Paella is a famous saffron rice dish often made with seafood, sausage, and flavored with saffron. It originated on the eastern coast of Spain but is now available throughout the country.
Fabada Asturiana: Often referred to simply as fabada, this is a bean stew that is lightly spiced and quite enjoyable. It originated in the community of Asturias, but is now found everywhere and is even available in a canned form in most Spanish grocery stores. 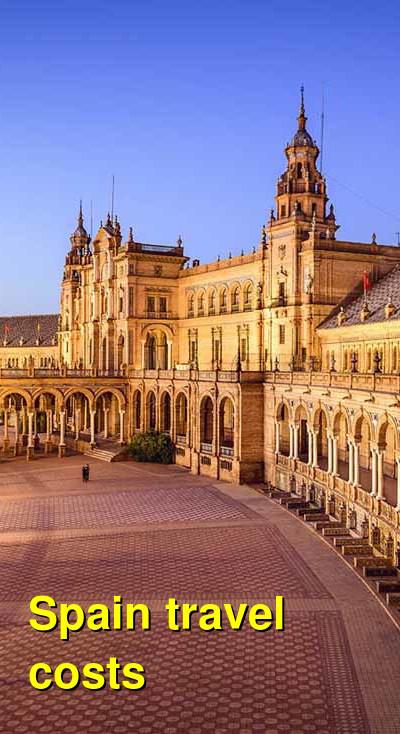 Avoid the Crowds in the Off Season

By Laurie
Head to Spain in the off season, particularly if you're going to the more touristy areas. Spain is a very popular destination these days and if you are lucky, even in the winter months the weather may be mild. You'll enjoy the sites with only a small crowd of tourists and you'll get to see a side of Spain that tourists rarely see. Wander through some residential neighborhoods and seek out some restaurants that are off the beaten path. The food in local restaurants is usual a better quality, and the dishes are more likely to be authentic.

By Laurie in Intercity Transportation
While trains remain perhaps the most popular way to travel around Spain, buses are actually an excellent option for budget travelers. They're also a great way to get between smaller towns where the train may not be an option or is infrequent. They are usually coach buses with comfortable seats that are in good condition. There are several private companies that run different routes throughout the country, but most are comparable in price and quality.

To find out the bus schedule, your best option is to just head over to the local bus station and ask. It is usually best to do this a few days before departure, or even at the time of arrival when you are already at the bus station. Buses are generally quite frequent, reliable, and safe. Do plan ahead if you're traveling during a holiday though. You can generally expect to pay around 8 euros for every 100 kilometers.