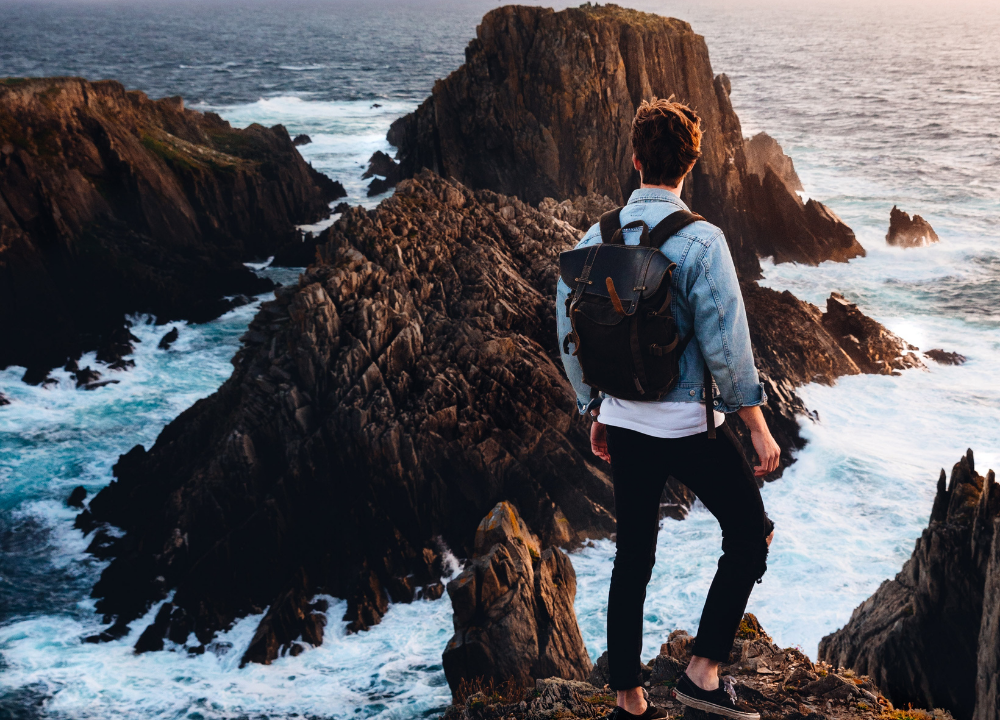 As the patron saint of travellers, Saint Christopher has long been an important symbol for travellers around the world.

Going on a big adventure around the globe can feel scary and comes with many ‘what ifs’. Stepping out of your comfort zone to explore new lands takes courage and bravery.

This post is going to explain the history of Saint Christopher and why it is still relevant to carry a symbol of him with you on your next adventure.

The History of Saint Christopher

So who is Saint Christopher?

Saint Christopher is one of the saints from the group called the “Fourteen Holy Helpers”. The history of these saints goes back to the Black Death in Europe when they were called upon to help fight diseases.

The story of how Saint Christopher became the patron saint of travellers started one day when a small child asked him to be carried across a river. Saint Christopher agreed, however, as he was carrying the child across the river, the river rose and the child became incredibly heavy. Saint Christopher persevered with great determination under the burden of his weight to deliver the child safely to the other side.

When Saint Christopher asked the child why he was so heavy, the child told him that he had ‘borne upon his back the world and him who created it’ and revealed that he was Christ himself. By carrying Christ across the river, Saint Christopher had also carried the weight of the whole world on his shoulders. The name “Christopher” means Christ-bearer in Greek.

This story is symbolic of Saint Christopher providing luck and protection to all kinds of travellers to travel and return home safely.

Travelling with a symbol of Saint Christopher is just as relevant today as it was in ancient times. With the travel industry growing and our world becoming more global, people are constantly travelling to and living in distant lands.

Travelling in the current climate also poses new risks which we haven’t faced before in recent history. Carrying Saint Christopher with you on these journeys can ward off bad luck and bring safety and good fortune to all your endeavours away from home.

See Also  Places to Visit in Cancun on a Backpacker's Budget

Many people believe in the power of carrying lucky charms, especially when going to new places that may pose various challenges and risks, like going overseas. Wearing a Saint Christopher pendant as a travel charm is a declaration of luck and smooth sailing.

A Saint Christopher pendant is the perfect gift for yourself or for anyone in your life who is travelling or moving overseas.

There is something for everyone when it comes to different types of Saint Christopher pendants. You can get them in various sizes for men and women, with different designs, finishes and metals including solid sterling silver and gold.

Reasons to travel with a Saint Christopher pendant

A Saint Christopher pendant is a trusted travel charm steeped in history. Travelling with one is said to bless you with luck, good fortune, prosperity and faith.

Carry me safely to my destined place, like you carried Christ in your close embrace.

This iconic travel talisman is usually worn as a necklace pendant. By wearing a Saint Christopher pendant you are making a request for his blessings on your journey.

When you wear a Saint Christopher pendant, it engulfs you in an aura of protection which is said to keep you happy, healthy, safe and secure. It makes the perfect going away gift for a backpacker, someone moving overseas or anyone who travels a lot.

It is believed that wearing one helps to ward off misfortunes and incidents that can happen when you are travelling. This includes common travel mishaps like accidents, theft and illness.

A Saint Christopher pendant can be kept as a wonderful keepsake to anchor you back home, serving as a reminder of your incredible adventures and instill good fortune and travel into your life even when you aren’t travelling.

Saint Christopher pendants have their roots in Catholicism but have since spread to people of all backgrounds.

Saint Christopher is an ancient and iconic symbol for travellers. He has been providing luck to wayfarers for centuries and will continue to do so in the future.

The next time you or someone you love is embarking on an adventure make sure you give them the precious gift of a Saint Christopher pendant infused with faith, luck and good fortune!

This is a sponsored post from Off The Map Jewelry.

See Also  Affordable Things To Do in Dubai