Should you visit Guatemala City or Panama City?

Should I visit Guatemala City or Panama City? This is a common question asked by many travelers. By figuring out which city is more affordable, you'll understand where you can get more bang for your buck. So, let's dive into the data, which all comes from actual travelers.

Panama City is the cosmopolitan capital city of the country of Panama. With a population of almost 900,000 and almost 1.5 million in the metropolitan area, it's a very diverse city with expat residents from all over the world. You don't have to search far to find someone who speaks English, and many Panamanians are quite helpful and friendly.

Which city is cheaper, Panama City or Guatemala City?

The average daily cost (per person) in Guatemala City is $36, while the average daily cost in Panama City is $68. These costs include accommodation (assuming double occupancy, so the traveler is sharing the room), food, transportation, and entertainment. While every person is different, these costs are an average of past travelers in each city. Below is a breakdown of travel costs for Guatemala City and Panama City in more detail.

Double occupancy rooms typically run around $56 in Panama City For nicer amenities and a premiere location, you can expect to pay a bit more.

In Panama City travelers spend around $17 a day on food. You can save money by choosing casual restaurants or food stalls, or you can spend plenty more by dining in nicer restaurants at every meal.

Here are some examples of typical meal expenses from previous travelers to Panama City:

For Panama City, here are some samples of tours and activities related to meals and dining experiences:

To get around in Panama City, the average visitor spends $8.54 per day, per person. This includes the costs of taxi rides and private drivers as well as public transportation, which tends to be much more affordable.

Also for Panama City, here are a few examples of actual transportation services:

In Panama City, the costs for things to do, activities, admission tickets, and other sightseeing expenses are on average $53 per person, per day.

Also, here are some specific examples of entertainment, tickets, and activities for Panama City.

The average person spends about $5.50 on alcoholic beverages in Guatemala City per day. The more you spend on alcohol, the more fun you might be having despite your higher budget.

Alcoholic beverages can often be a significant portion of a traveler's budget, and the costs can vary greatly from person to person. In Panama City, the average amount that a visitor spends on alcoholic beverages per day is $15.

Some specific costs for nightlife related activities in Panama City: 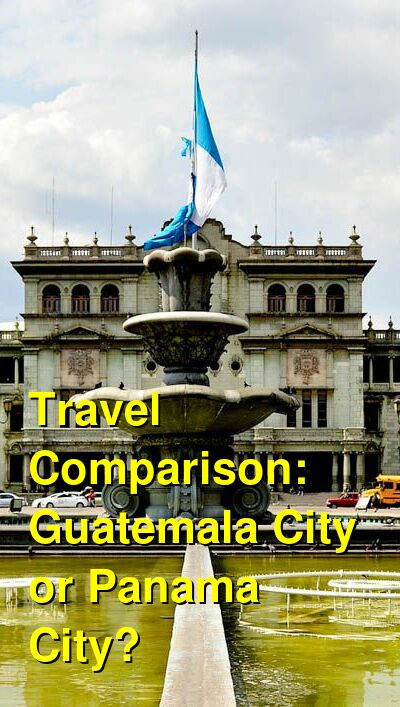