How much does it cost to travel to Gjovik?

How much money will you need for your trip to Gjovik? You should plan to spend around kr656 ($66) per day on your vacation in Gjovik, which is the average daily price based on the expenses of other visitors. Past travelers have spent, on average, kr203 ($21) on meals for one day and kr52 ($5.23) on local transportation. Also, the average hotel price in Gjovik for a couple is kr826 ($84). So, a trip to Gjovik for two people for one week costs on average kr9,184 ($930). All of these average travel prices have been collected from other travelers to help you plan your own travel budget.

A vacation to Gjovik for one week usually costs around kr4,592 for one person. So, a trip to Gjovik for two people costs around kr9,184 for one week. A trip for two weeks for two people costs kr18,369 in Gjovik. If you're traveling as a family of three or four people, the price person often goes down because kid's tickets are cheaper and hotel rooms can be shared. If you travel slower over a longer period of time then your daily budget will also go down. Two people traveling together for one month in Gjovik can often have a lower daily budget per person than one person traveling alone for one week.


How expensive is Gjovik? How much money do I need for Gjovik?

How much does a trip to Gjovik cost? Is Gjovik expensive? The average Gjovik trip cost is broken down by category here. All of these Gjovik prices are calculated from the budgets of real travelers.

Looking for a hotel in Gjovik? Prices vary by location, date, season, and the level of luxury. See below for options.

How much does it cost to go to Gjovik? Naturally, it depends on the dates. We recommend Kayak because they can find the best deals across all airlines.

The price of renting a car in Gjovik will depends on dates, the type of car, the location, and your age. We recommend Kayak because they can find the best deals across all car rental companies.

Gjovik On a Budget 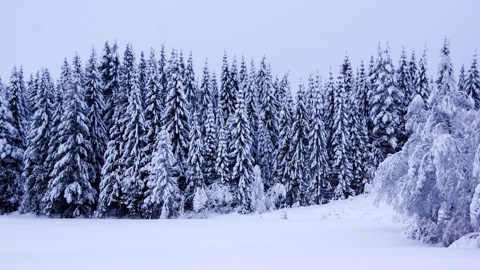 Gjovik
Gjovik is a small town that is one of the five towns that are found around Norway's largest lake, Lake Mjosa. The other towns include Hamar, Lillehammer, Brumunddal and Moelv. The town's population is small, with only 28,807 residents. The town administration also includes the suburban area of Hunndalen and the rural districts of Biri, Snertingdal, and Vardal. Gjovik's early industry was originally centered around glassworks, dating back to the early 1800s. The city continued to grow through immigration throughout the 1800s until it was given a town charter in 1864. The town's economy today is more centered around regional trade and agriculture as well as education. There is a university in town, Gjovik University College, which focuses on information security, the medical industry, and engineering. Gjovik is also the last stop to the north on the Gjovikbanen railway line.

The setting of the town is much of the appeal. It's quite quaint and beautiful and is an interesting place to visit for a day or two, particularly if you choose to skip out on Lillehammer.

There are a handful of sights in and around Gjovik. Specifically, people often visit the Gjovik Olympic Hall, which was the sight of the ice hockey games during the 1994 Lillehammer Winter Olympics. The Ice Hockey arena was built almost completely inside of a mountain and seats 5830. If you're interested in getting out on the ice, then skates are available for rent.

You can also visit some of the facilities where glass work is performed, or a working Gjovik farm. The Eiktunet Cultural Museum is also an interesting way to pass some time. The town is also home to the world's oldest paddle steamer, the PS Skibladner.

Gjovik is a small town that can easily be explored on foot. It sits on the edge of Lake Mjosa and has several restaurants, hotels, and shopping areas. In the surrounding areas you will find places where you can go mountain climbing, hiking or skiing. The surrounding landscape is beautiful and enjoyable to visit during the winter months if you are a winter sport enthusiast.

In addition to shopping and soaking up the town's atmosphere, many people enjoy taking a trip on Skibladner, the world's oldest paddle steamer. It was built in 1856 and is called "the white swan of Lake Mjosa". During the summer months it follows the old routes on the lake. On Tuesdays and Thursdays it travels roundtrip between Gjovik and Lillehammer. On Wednesday, Fridays and Sundays it travels to Eidsvoll.

The town is quite small but you will find a couple of decent restaurants and cafes where you can enjoy a meal. Try Egon or Restaurant Fellini which has Italian cuisine for a reasonable price. Chaplin Cafe is a good place to grab a drink and relax for a little while.

You can also do some interesting shopping and pick up some handmade Norwegian chocolate, which is always a treat. There are a few places to stay in town, but your options are really limited due to the size of the small town.

Once you're in town then it is easy enough to walk wherever you want to go. The town is small enough that most sights can be reached on foot.

By backpackguru in Entertainment
Gjovik Olympiske Fjellhall is a ice hockey arena built completely into the side of a mountain. The arena was originally used during the 1994 Olympic games which were held in nearby Lillehammer, Norway. Today, the ice skating rink is open to the public, and you can rent skates and a take spin. It costs 20 kr. The arena is rather large and seats 5830. There is also a very nice swimming pool in the facility.