How much does it cost to travel to Oslo?

How much money will you need for your trip to Oslo? You should plan to spend around kr1,190 ($120) per day on your vacation in Oslo, which is the average daily price based on the expenses of other visitors. Past travelers have spent, on average, kr261 ($26) on meals for one day and kr204 ($21) on local transportation. Also, the average hotel price in Oslo for a couple is kr1,414 ($143). So, a trip to Oslo for two people for one week costs on average kr16,658 ($1,686). All of these average travel prices have been collected from other travelers to help you plan your own travel budget.

A vacation to Oslo for one week usually costs around kr8,329 for one person. So, a trip to Oslo for two people costs around kr16,658 for one week. A trip for two weeks for two people costs kr33,316 in Oslo. If you're traveling as a family of three or four people, the price person often goes down because kid's tickets are cheaper and hotel rooms can be shared. If you travel slower over a longer period of time then your daily budget will also go down. Two people traveling together for one month in Oslo can often have a lower daily budget per person than one person traveling alone for one week.


How expensive is Oslo? How much money do I need for Oslo?

How much does a trip to Oslo cost? Is Oslo expensive? The average Oslo trip cost is broken down by category here. All of these Oslo prices are calculated from the budgets of real travelers.

Looking for a hotel in Oslo? Prices vary by location, date, season, and the level of luxury. See below for options.

How much does it cost to go to Oslo? Naturally, it depends on the dates. We recommend Kayak because they can find the best deals across all airlines.

The price of renting a car in Oslo will depends on dates, the type of car, the location, and your age. We recommend Kayak because they can find the best deals across all car rental companies.

What did other people spend on Transportation in Oslo?

Typical prices for Transportation in Oslo are listed below. These actual costs are from real travelers and can give you an idea of the prices in Oslo, but your costs will vary based on your travel style.

Oslo On a Budget 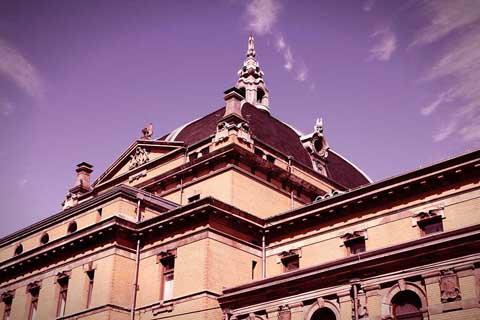 Oslo
Oslo is not only the largest city in Norway, and also its capital. It also holds the title as the most expensive city in the world. Oslo is a unique capital city in that its boundaries include much forest and wildlife. The city itself is nestled in an amphitheater type setting. The city's core is in the bottom by the fjord, and the residential areas stretch uphill away from the downtown area.

Oslo's population is quite diverse with more than a quarter of the city's population having nationalities outside of Norway. Some of the most heavily represented nationalities include Pakistani, Somali, Polish, Moroccan, and Turkish among many others. In addition to an international population, many people choose to move into Oslo from elsewhere in Norway, giving the city the feel of a "melting pot" for the country. You'll find a great diversity of food, entertainment, and shopping options that heavily reflect the cosmopolitan nature of the population.

Although it's located in the far north, the warm air coming off the Atlantic from the Gulf Stream keeps Oslo's temperature relatively moderate. Summer temperatures are mild and comfortable, and daylight lasts well into the night. Although precipitation is spread throughout the year, August is usually the wettest month. The winter temperatures average around freezing and there are occasionally cold spells. Snow is common and the nearby forested areas make this city popular for winter sports.

Popular sights in Oslo include the Royal Palace, the University of Oslo, the Opera House, Oslo Cathedral, Kirkeristen, City Hall, Akershus Festning, Holmenkollen and Stortinget. There are a good number of museums around town and some favorites are Henrik Ibsen Museum, Munch Museum, the Nobel Peace Centre, and Emanuel Vigeland Museum and the National Gallery.

Central Oslo is spread between the Central Station in the east and the Royal Palace in the west. Karl Johans Gate is the main street that connects these two points. Most visitors prefer to stay in central Oslo because it is the most convenient and interesting part of the city. It's also where you'll find most of the city's hotels and restaurants. There is an Old Town area, Gamlebyen, that is south of the Parliament Building and Karl Johans Gate. Here you'll find some historic restaurants, the Norwegian Resistance Museum and the Old Town Hall. The newest neighborhood in Oslo is Aker Brygge. It's a great place to eat out and there is an interesting walk along the waterfront. It also has a good number of shops, theaters, restaurants and attractions. The West End is a trendy residential section that has some upscale hotels and restaurants. It can be reached with public transit in 15 minutes, and it has a more relaxed atmosphere than central Oslo. Farther west is the Bydgoy peninsula, which has some interesting sights including the Norwegian Folk Museum, the Viking ships, the polar ship Fram and the Kon-Tiki Museum.

Oslo has many festivals throughout the year, but most of them are during the warmer summer months. Oya is a popular music festival in August. Norwegian Wood is also a music festival held yearly and Ekebergsletta is called the world's biggest football tournament with about 25,000 participants.

Food can be expensive in Oslo, but there are enough budget options to keep all travelers satisfied. The cheapest restaurants are usually the ethnic ones. In particular the Asian restaurants have good food for a low price. Menus are available at the door. Street snacks are also available throughout the city but may be more expensive than you'd expect. A local favorite is hot dogs. Torggata has a high concentration of budget restaurants including Vietnamese, Thai, and Chinese options. There are also some pizzerias and kebab places.

Aker Brygge is on the waterfront just south of the city hall. It's a popular place to hang out during the warm summer months and there are a good number of outdoor restaurants and bars. It's a great place to try local seafood with a cold beer, but it is an expensive place to eat. If you're planning to eat inside, you'll lose the atmosphere and you can save money by eating somewhere else.

A great way to explore the city center of Oslo is to walk. It's a very pedestrian friendly city and quite compact in nature. The most pedestrian friendly main street is Karl Johan, which connects Oslo S and the Palace. Also head into the nearby residential areas where you'll be pleasantly surprised by some wonderful architecture, as well as attractions and entertainment. Alternatively, there's a great public bike program you can learn about in the tourist office. For about 80 NOK you'll have one day's access to the bikes available around town. You may use any bike for up to three hours before you must return it. After you return it, you can choose a different bike which you can have for another three hours. Walking and biking are obviously most enjoyable in the summer months when the weather is warm. If you find yourself in Oslo in the winter, the public transportation system with a metro, buses and boats, is quite convenient and definitely the way to go.

By backpackguru in Transportation
Sticking with it's progressive nature, Oslo has a good public bike service you can use while you're in town. The service isn't available during the winter, but during all other months you can get keycard for one day at the tourist office for a small charge. With the keycard you can access bikes that are all around the city. You have access to the bike for three hours, but then it must be taken back to the bike stall. You have immediate access to a new bike, but each individual bike can only be taken out for three hours. It's a nifty service, and very convenient for getting around town and getting a true feel for Oslo.