How much does it cost to travel to Puerto Madryn?

How much money will you need for your trip to Puerto Madryn? You should plan to spend around AR$9,686 ($84) per day on your vacation in Puerto Madryn, which is the average daily price based on the expenses of other visitors. Past travelers have spent, on average, AR$3,929 ($34) on meals for one day and AR$2,263 ($20) on local transportation. Also, the average hotel price in Puerto Madryn for a couple is AR$7,257 ($63). So, a trip to Puerto Madryn for two people for one week costs on average AR$135,604 ($1,176). All of these average travel prices have been collected from other travelers to help you plan your own travel budget.

How much do vacation rentals cost in Puerto Madryn? Prices vary by location, date, size of the place, and the level of luxury. See below for options.

How much does it cost to go to Puerto Madryn? Naturally, it depends on the dates. We recommend Kayak because they can find the best deals across all airlines.

The price of renting a car in Puerto Madryn will depends on dates, the type of car, the location, and your age. We recommend Kayak because they can find the best deals across all car rental companies.

What did other people spend on Entertainment in Puerto Madryn?

Typical prices for Entertainment in Puerto Madryn are listed below. These actual costs are from real travelers and can give you an idea of the prices in Puerto Madryn, but your costs will vary based on your travel style.

Puerto Madryn On a Budget 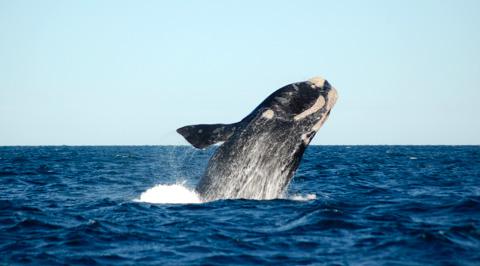 Whale watching in Puerto Madryn, Argentina
Puerto Madryn is mostly known as the gateway to Peninsula Valdes, welcoming tourists who come for whale watching. The Peninsula Valdes is a nature reserve designated as a UNESCO World Heritage site; 97 km long and 63 km wide, it is connected to the continent by an isthmus of 35 km from which we can see both gulfs, San Jose at north and the Nuevo at south.

While some may prefer the nature and charms of the only small town of the Peninsula, Puerto PirÃ¡mides, to accommodate, the small beach resort of Puerto Madryn offers a stroll along the seaside, numerous hotels and souvenir shops and is probably the liveliest city of oceanic Patagonia. For whales' lovers, September, October and November are the best months even though it is still possible to see some from end of June to end of December. From July to September, the migrating whales come so close to the shore that they can be seen from the coast 20 km north of town or from the town's pier.

However, there is more than whales to Puerto Madryn. The city offers plenty of wonderful activities such as walking with penguins, snorkeling with sea lions, enjoying the beach, fabulous museums and you name it! Beware of the sun during your stay in Patagonia, as the ozone layer is extremely thin there.

El Doradillo beach, only 19 km north of Puerto Madryn, is the perfect place for spending a beautiful day at the beach during summer. From mid-June to mid-December, whales tend to swim very close to the shore at low tide and during September and October, you can have a few glimpse at their calves. For whales lovers, we recommend that you visit Punta Flecha, 10 km north of Puerto Madryn, from which you can observe and hear the whales singing. You can also go to Punta Loma (USD$4 park entry fee), a colony of sea lions found 17 km southeast of Puerto Madryn, opened every day from 8h to 20h. However, if you wish to discover the local aquatic fauna of the region more in depth, we recommend you to go to the Peninsula Valdes, where you can do whales watching, visit a sea lion or a penguin colony. From the beach and the boats you will be able to see whales, dolphins, killer whales (more rare) and many types of birds including cormorants

Gaiman is a small town 17 km west of Trelew on the Ruta 25, on the green and flowery edge of the rÃ­o Chubut. You will find there a few delicious casas de te, which takes us back to when the town was colonised under welsh influence. If you decide to wander around Gaiman for an afternoon, you can also appreciate a few historic buildings such as the town's first school and first house, build in 1874 on a street named Juan Evans. Also, the old train station of the town has now been transformed into the Museo Gales (opened from 15h to 19h30 every day), where you can see a few photos about the Welsh colonisation of this area. The Punta Tombo reserve is situated further down, 120 km south of Trelew and 180 km south of Puerto Madryn, and is accessible by car (2h30 from Puerto Madryn on a road of good condition) or with an organised excursion booked in an agency in Trelew or Puerto Madryn. The reserve, known for its enormous penguin colony that arrived for an unknown reason in 1820 and since then come every year, is opened from mid-September to mid-April every day from 8h to 18h (USD$10 entry fee to the park, reduced entry fee for under 16 years old and free under 6 years old). A snack bar is available at the entrance of the reserve and a shuttle will bring you from there inside the reserve. You should count about an hour to walk around the authorized trail in the reserve.

There are many sport activities available for adventure seekers around Puerto Madryn. Opt for a bike day on a VTT with Na Praia around the seaside (circuits of different levels, from 17 to 40 km long on marked trails), horseback riding with Antonio Pereyra at the equestrian centre 4 km south of Puerto Madryn, scuba diving, windsurf and canoe kayak with Napra Club or Scuba Duba.

There are some decent restaurants throughout the town, most of which specifically cater to tourists. It is no surprise: fresh fish and seafood is what you need to eat in Puerto Madryn.

There is a wide selection of bus companies, such as Andesmar, El Pinguino and Via TAC, that travel directly from Buenos Aires' Retiro station to Puerto Madryn (about 17 hours long). The coaches are comfortable and have a few seats options for different prices. Meals and drinks are served on board, all have toilets and films are also shown during the trip.