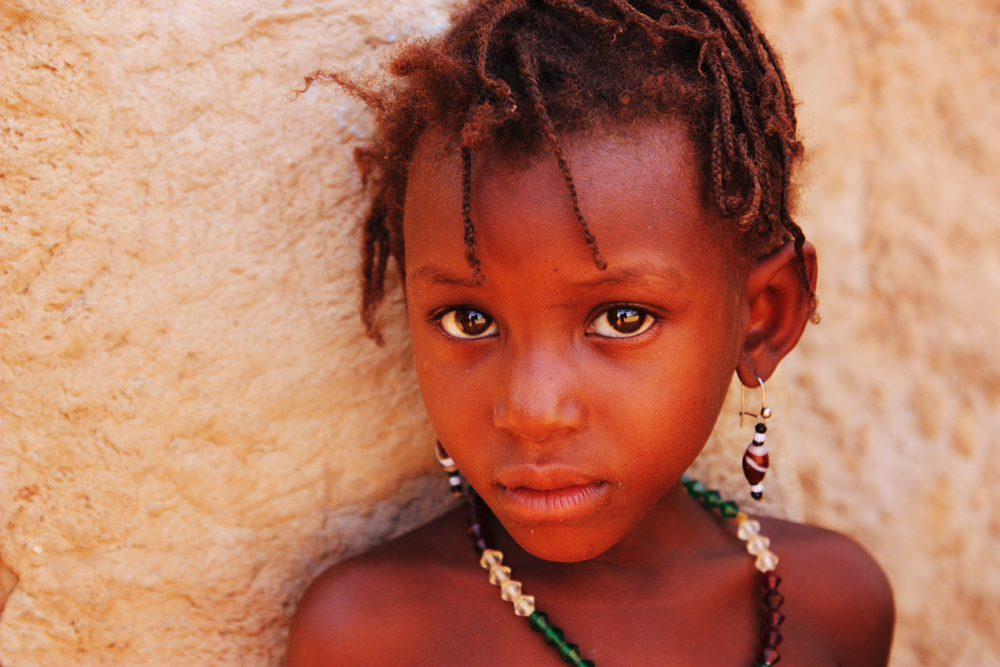 Here’s another country from the “places you never thought to visit” file: Mali. On our trip around the world we spent an entire month in this diverse and stunningly beautiful West African nation. It may surprise you that Mali has enough to offer to warrant an entire month, but we dove in and didn’t even have time to see everything.

The famous city of Timbuktou (yes, it really exists) is probably the biggest tourist draw. This Saharan trading town is slowly disappearing into the desert. But even more fascinating is the area known as Dogon Country, where an entire ethnic group made their homes in and around a huge cliff several hundred years ago to hide from Islamic invaders. They still live as they have for millennia: farming their land with little water or electricity.

The larger cities offer distinct culture, colorful African markets, beautiful river scenery, and a lively music scene. (If you’re into the dance clubs of Europe, head south to Bamako!) The local people take pride in their culture and country. The nation is truly a mixing bowl of ethnic backgrounds. Various tribes and cultures coexist along the Niger River which snakes its way through the entire country. Nomadic Tauregs from the desert mix with the river oriented Bozo people, the Fulani, the Dogon, the Bambara, and many others.

The democratically elected government, although poor, is prioritizing economic progression and personal freedom. The results are obvious: this nation of 10 million people is experiencing economic growth and political reform.

We crossed into Mali on the western border from Senegal where we made our way to Kayes. Known for a huge and colorful market, this town provided us with some terrific and fresh local food. We watched the people go about their business along the Senegal River which flows through town. We spent a few days exploring before catching a bus to Bamako and then Segou.

The Niger River flows through Segou. Once a week all of the nearby villages come into the town for a huge market. After exploring the active market scene, we took a boat down the river to a small town known for its pottery. Due to the global economic downturn, tourism had been very low in recent months. One of the pottery women asked our guide why there were not as many white people around. Our guide told them that white people were having money problems. This is a somewhat ironic statement in one of the world’s poorest nations. This woman, who lived in a mud hut with no electricity, seemed surprised, “White people have money problems?” Our guide responded, “Yes, even bigger money problems than we have!” These pottery women, sitting in their homes and working hard, were genuinely concerned for those of us in America and Europe. I wanted to explain to them that they shouldn’t be, especially given our relative wealth, but their warm and welcoming hearts only wanted the best for everyone.

From Segou we traveled to Djenne, a small town made entirely of mud buildings. In the center is the world’s largest mud building, the famous Mosque of Djenne. In front of this mosque is a large town square, and every week the locals gather for the colorful weekly market. Every year after the rainy season, the entire town must gather even more mud to repair and rebuild their houses, schools, and the Mosque.

Our next stop was Mopti, a large town on the Niger in central Mali, and the gateway to Dogon Country. The Falaise de la Bandiagara, or Bandiagara Cliff, is the huge escarpment that slices through this region of Africa and provides a safe shelter for the Dogon people. We spent four days trekking from village to village below and above the cliff, stopping at the small settlements to watch the people go about their daily lives. Water is pulled from wells, grain stored in small huts, and livestock kept in check in the villages. Children run freely amongst the walls of each village while the villagers prepare their items for market day. This was one of the most authentic and amazing experiences we have ever had, and we vowed to return one day.

Finally, our last stop in Mali would be Gao, a town way out to the east in the Sahara desert. Here the Niger River flows wide and shallow, and various permanent and nomadic tribal people make their homes in the area close to the river where vegetation still grows. Most of the residents have tall mud walls surrounding their homes to protect against the seasonal Harmatan winds which blow a fine piercing sand through town from the desert. We stayed at an old colonial era hotel in the middle of town, near both the market and a surprisingly good fish restaurant. On our last day we hired a guide and a boat to take us a few miles down the river to the Rose Dune, a huge sand dune known for its beautiful color and high viewpoint. After a calm trip and lots of hiking through sand, we found ourselves all alone at the top, where we could admire the river, the surrounding nomadic settlements, and the infinite desert.

Standing at the top, one gains a new perspective. In the local language, the name of this dune is Come Understand.

Mali is listed as one of the poorest countries in the world. But while we were there, we found a nation enriched by culture, happiness, and beauty.

One thought on “Mali: Come and Understand”