The Best Free Things to do in Sydney

For budget travelers and backpackers

Pacific / Australia / New South Wales / Sydney /
With its sunny weather, bright blue sky and spectacular scenery, Sydney is the perfect city for outdoors exploration. And the best thing about it - it won't cost you a thing apart from the bus fare. Depending on your interests, you can explore the sights within the city or venture out into the surrounding National Parks. There are plenty of free things to do in Sydney and here is the pick of the bunch.

Sydney has one of the most beautiful Harbour in the world and what is a better way of exploring it than walking across the iconic Sydney Harbour Bridge? It is best to walk the bridge from north to south and then spend some time wondering the cobblestone streets of the Rocks Precinct.

To get to the northern end of the bridge, catch the train to Milson's Point station, walk down to the street level and then climb the steps back up to get to the pedestrian walkway on the bridge. 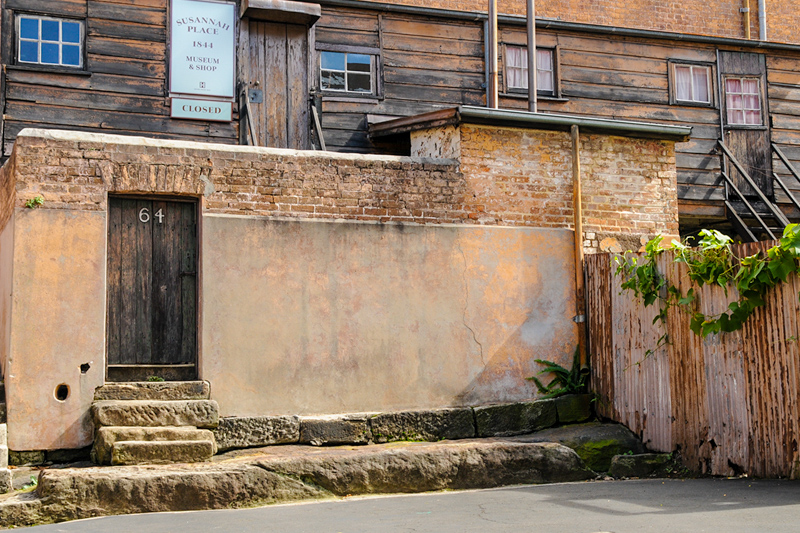 Susan's Place at the Rocks, one of the oldest buidings in Sydney
$23.08
Located underneath the southern end of Sydney Harbour Bridge, the Rocks Precinct is one of the first white settlements in Australia. It is home to Sydney's oldest building - Cadman's Cottage, built by Irish immigrants in 1816.

Another interesting spot to check out is Susannah Place Museum that protects four terrace houses that were built in the early days of the colony in the 1840s.

Today the Rocks are a charismatic mix of the Colonial and Cosmopolitan Sydney. As you wonder the historic streets, you will find old terraces perched next to quirky cafes, artist studios, craftsman shops and an occasional boutique. If you visit on a Sunday, make sure to check out the Rocks markets.

And if you're interested in a very cheap and fun walking tour, check it out here.

Go to the beach 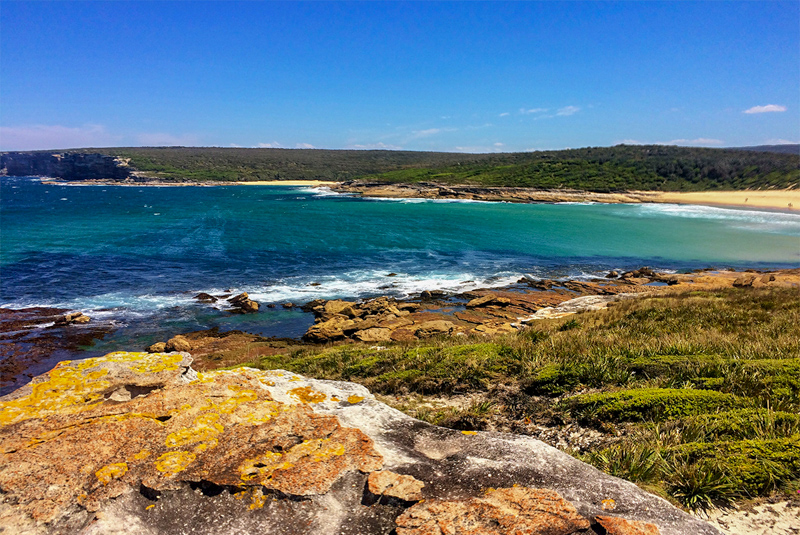 You can't visit Sydney and not spend at least some time on the beach. If you are looking for a glitz and glamour, then Bondi beach is for you. It can be easily reached by bus from the city centre.

For something a little bit more low-key, head to Manly beach. Getting to Manly involves catching a ferry across Sydney Harbour and if you get the Opal Card (the fare payment card for public transport in Sydney) and visit on a Sunday, then it will only cost you $2.50 for the return trip.

Just like Bondi, Manly is a surf beach, perfect for bodyboarding and surfing. If you prefer a more sheltered beach with gentle waves, walk over to Shelly beach. Bookended by the headlands, Shelly beach feels like a secluded island in comparison to the endless sandy strips of Manly and Bondi.

Being popular, Sydney beaches get quite busy in the summer months. But it doesn't mean that you can't have a beach more or less to yourself, if you are willing to put in some effort. There are quite a few little-known secluded beaches hidden along Sydney's coastline, most of them accessible from the coastal walking tracks. 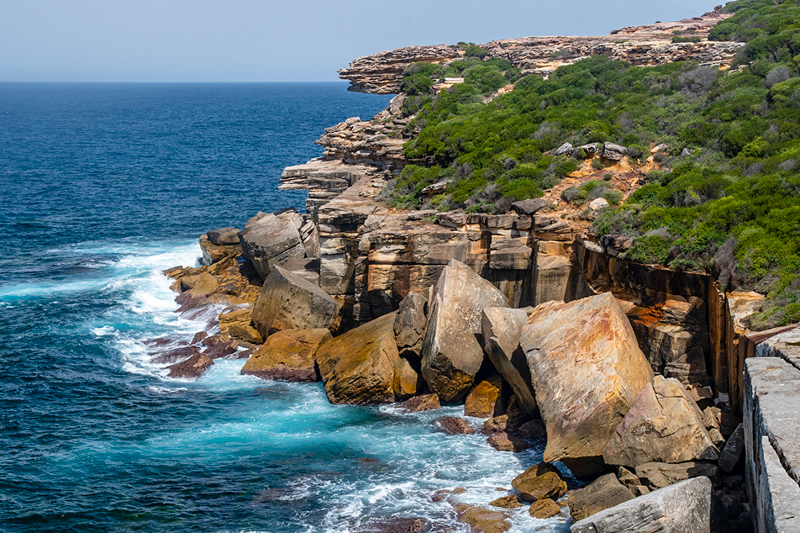 Blessed with sunny weather and dramatic coastline, Sydney is the perfect spot for a coastal walk. One of the most spectacular and easily accessible walks is the Bundeena to Marley beach track in Royal National Park. The 9-km trail runs along the cliff tops of Illawarra coastline towards the secluded Marley beach and returns the same way. It is an easy and largely flat walk that takes about 4hrs to complete.

For a more urban option, take the popular Bondi to Coogee walk in eastern Sydney or Manly to Spit walk in the northern beaches.

Spot whales from the cliffs 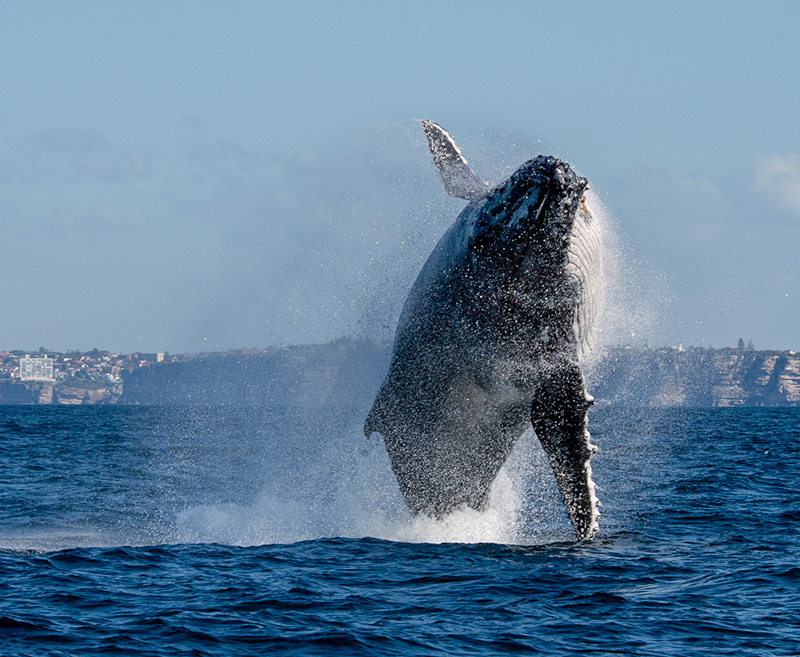 If you are in Sydney between late May and October, you are in luck. One of nature's most epic spectacles, the Humpback whale migration is unfolding on Sydney's door step. More than 30,000 humpbacks pass Sydney on their 10,000 km return journey from Antarctica to the Great Barrier Reef between May and August. And from September to late October they head back to their feeding grounds in the frozen waters of the Southern Ocean.

The whales pass close to shore and you can easily spot them from the coastal cliffs. Cape Solander is one of Sydney's most popular whale watching spots. You could even join the citizen scientists who conduct the annual whale count as part of Cape Solander Whale Migration Study.

Another option is to take an affordable whale watching cruise out of Sydney so that you can get up close and personal. Check out prices and schedules here.

Other good locations for spotting whales are the Sydney heads, the coastal track in Royal National Park, Manly to Spit track, and virtually any other coastal cliff areas.

Go on a mountain hike 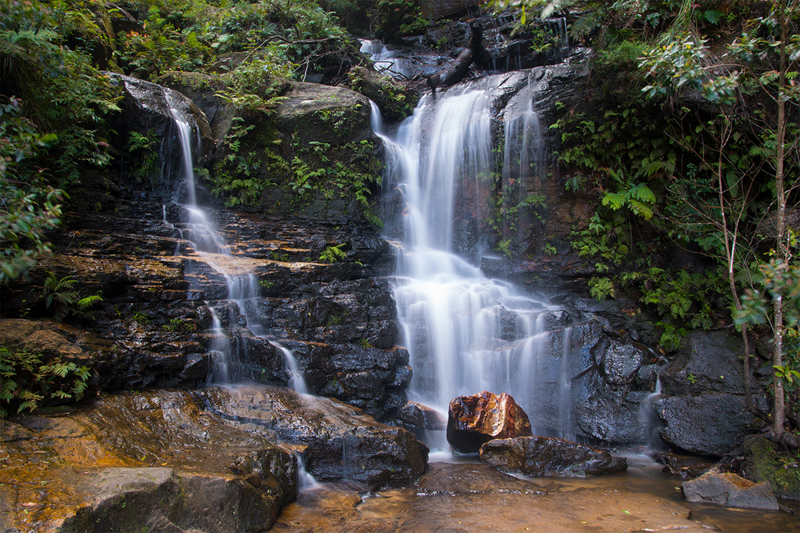 There is of course more to Sydney landscape than the rugged coastline and the endless expanse of the ocean. The city is surrounded by National Parks packed with hiking trails, wild swimming holes and beautiful waterfalls. And if the waterfalls are calling you, look no further than the Valley of the Waters hike in the Blue Mountains.

The hike starts at Wentworth Falls lookout (2hrs by train from the city centre) and plunges down to the valley floor almost 200 meters below. The valley is home to another five waterfalls, a bubbling creek and ancient eucalypt forest.

If climbing up and down steep cliff walls is not your idea of fun, there are plenty of easier walks in Blue Mountains. Most of the trails start and end at spectacular lookouts over the undulating forest-covered valleys and weathered limestone cliffs. 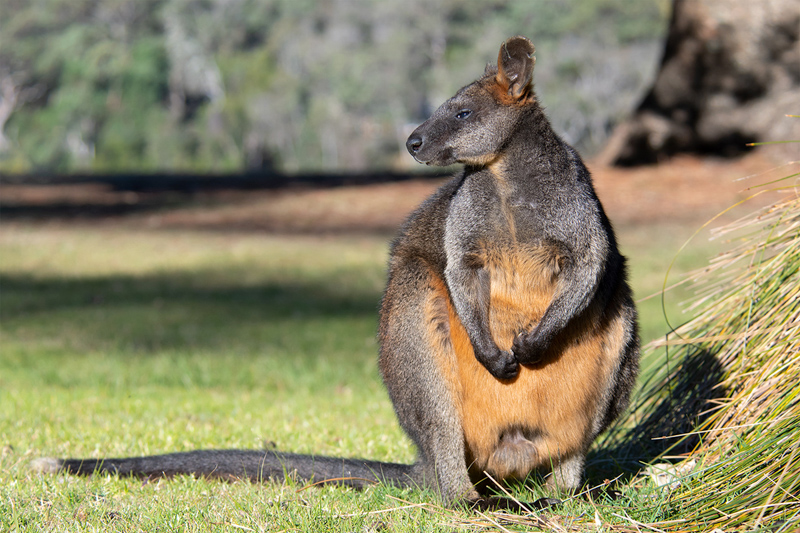 While you explore Sydney's great outdoors, keep an eye out for Australian native wildlife. Birds, such as brightly-coloured parrots and their larger cousins, the cockatoos can be seen in most city parks and in the leafy suburbs. Finding mammals will take a little bit more focus and knowing where to look.

Centennial Park near the city centre is a good place to see the Brushtail possum, Ringtail possum and the Flying fox, as well as diverse bird species. To see a kangaroo, head to Mt. Annan Botanic gardens or to Euroka campground in the Blue Mountains near Katoomba. And if you find yourself on the northern beaches, catch a ferry from Palm beach to the Basin to see some very tame Swamp wallabies. 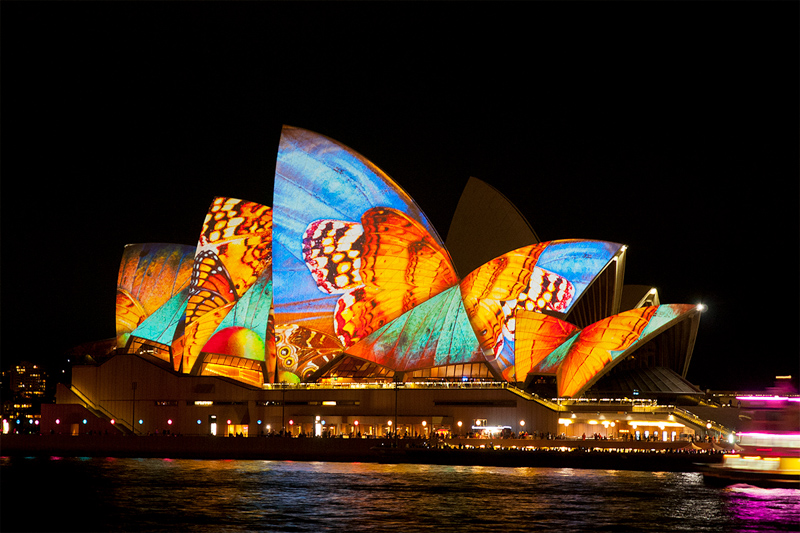 Sydney-siders love their festivals, many of which are free to enter. Whenever you visit Sydney, there is bound to be a festival on. The most spectacular celebration, Vivid Sydney is an explosion of light and colour that turns the harbour into a fairy-tale wonderland from the end of May to mid-June.

In summer, the art festival of Sculptures by the sea transforms Bondi to Coogee coastal walk into an open-air art gallery. And, of course, Sydney's famous New Year Fireworks are a sight not to be missed.

There are also Sydney Festival, Sydney Writers Festival, Good Food Month, Sydney Comedy Festival and many others. Check the City of Sydney's What's On website for more free events in the city.

Picnics are a big part of Sydney culture, especially during the summer months. There are plenty of picnic spots around the city but one of the most scenic ones is the Observatory Hill. Throw you blanket on the grassy lawn or in the shade of one of the park's great old trees and enjoy the Sweeping views of Sydney Harbour and the Harbour Bridge. And while you are there, explore the heritage listed Sydney Observatory complex built in 1859.

Other popular picnic spots are Centennial Park, Royal Botanic Gardens and Hyde Park in the heart of the city, Bradfield Park underneath the Harbour Bridge in Kirribilli and the Bicentennial Park in the Black Wattle Bay.

If you are looking for free things to do in Sydney on a rainy day, you can explore the city's vibrant art scene. Depending on your interests, you can check out the classics at the Art Gallery of NSW, modern art at the MCA or explore one of the largest collections of contemporary Chinese art in the world at the White Rabbit Gallery.

If you do decide to visit the Museum of the Modern Art (MCA), have a brunch at one of museum's cafes overlooking the Sydney Harbour.

It's no surprise that finding somewhere to sleep in Sydney might be expensive. However, if you're looking for a cheap and fun place to stay, check out our guides to the best hostels in Sydney, or the best party hostels in Sydney.

Margarita Steinhardt is the travel writer and photographer based in Sydney Australia. She is the voice behind The Wildlife Diaries - a travel blog dedicated to wildlife and nature travel. When not pursuing wildlife across the globe, she spends her time exploring nature gems around Sydney. Follow her on Facebook or Instagram @margarita_steinhardt. 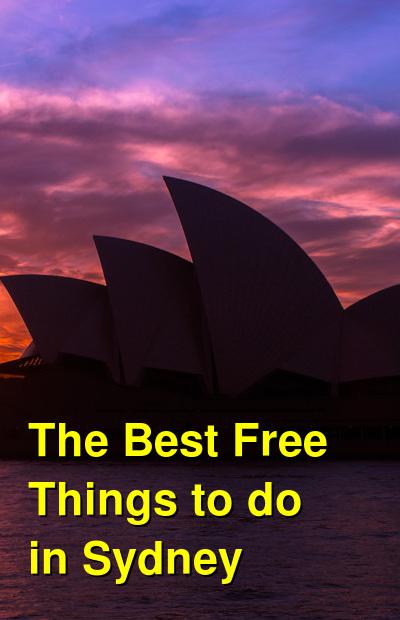