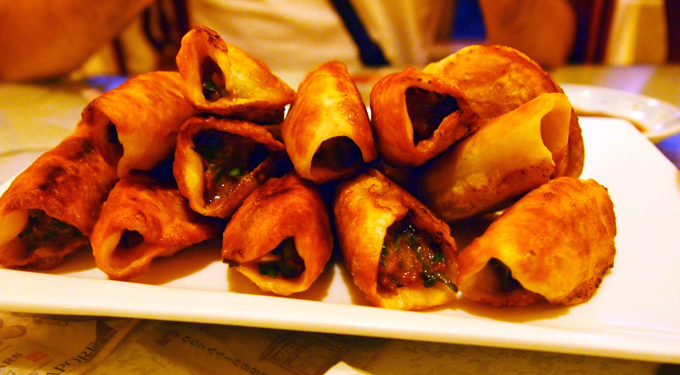 Dynamic duo Rachel and Jeff left their home in the U.S. to spend a year in South Korea teaching English. This allowed them to save money while living abroad. Once their contract ended, they embarked on a year-long travel adventure starting in Mongolia. They are currently two months into their trip, and we caught up with them to find out more about their amazing journey and future plans.

Tell us about your trip. Where are you going?
We are currently about two months into our trip. So far, we’ve been to Mongolia, China (Beijing, Shanghai, and Yangshuo), Hong Kong, Vietnam (just Hanoi), and now Thailand (currently in Bangkok). The plan is to continue traveling for another 10 months. We will be going to Cambodia later this month, and then hopefully Laos, northern Thailand, then traveling down into Malaysia. We want to wait out the winter in Southeast Asia. After that, in March or April, we’ll be flying to Turkey. From there it’s Croatia, Italy, France, and Spain. The dream is to then take a transatlantic cruise home – limiting our flying as much as possible. That depends on the budget though. We’ll see. What motivated you to go on such a trip?
Both of us have had really enjoyable experiences with travel before, and have traveled together quite a bit. Never anything quite this ambitious though! We started our trip from South Korea, where we had been teaching English for a year. That’s how we saved the money for the trip. We figured that since we were already doing an epic journey of living and working abroad for a year, we might as well turn it into a legitimate odyssey!

Have you done a lot of traveling in the past?
We have both traveled quite a bit. Jeff’s parents took him around the country and to Mexico, Canada, and Europe as a child. Rachel’s family does a lot of road trips. Her grandparents took her to Paris and London for Christmas one year, and then she went on school trips to Italy and Costa Rica. We both studied abroad in college – Jeff in Japan, and Rachel in New Zealand. That’s how we knew we liked living abroad. We had traveled together around the US and to Costa Rica before this whole journey began.

How did you save money for your trip? Do you have any money-saving strategies?
As we mentioned briefly, we saved all our money by teaching in South Korea. The pay is pretty good there, while the cost of living is fairly low, especially since public schools pay for your housing. I have a few easy money-saving strategies that really add up: first, keep track of your spending. You’ll be able to see where you can cut costs. Drink mostly water – daily coffees or sodas, not to mention alcohol, definitely puts a dent in your savings. Use public transportation as opposed to taxis when possible. And finally, don’t buy things you don’t need! When you sit down and go over your expenses, you’ll be surprised at all the things you can cut that aren’t really necessary, and that won’t even inconvenience you that much. Though we saved about 75% of our paycheck in South Korea, we still ate the food we wanted mostly and traveled around the country a lot. It’s very doable, even without living like a hermit. Rachel on the Great Wall (by Jeff)

What advice would you give to other would-be travelers planning something similar?
Remember that this isn’t really a vacation. If you’re traveling long-term, travel becomes your life – give yourself time in your schedule to stay in one place for a while sometimes. There’s nothing wrong with staying in and watching a movie some days. Don’t try to cram too many things into each city, and don’t move around as much as you think you can. Slower travel will ensure you don’t burn out too quickly, and also it will save you money since getting from one place to another is often the most expensive part of travel.

See Also  5 Unusual Destinations For Your Next Trip

What’s the craziest thing that has happened to you so far?
Well, this isn’t going to be very encouraging, but we’ve had some bad luck so far. The most crazy (and awful) thing that has happened was that Rachel’s laptop case, with her laptop, e-reader, iPod, and a couple of credit cards in it, was stolen out of a hostel’s luggage storage in Hanoi, Vietnam. Luckily we have travel insurance – you should absolutely not travel without it!

What’s your favorite place(s) that you’ve been so far?
So far we have really liked both Beijing and Hong Kong. Beijing has incredible food, is extremely easy to navigate, and has a host of amazing sites to see. We loved Hong Kong because it was the sort of place we could easily call home. It’s so international and so it’s an extremely comfortable place to travel. It also has great food, at all price levels. Though it is different it’s the sort of place almost anyone could fit into.

Where haven’t you been yet that’s at the top of your to-do list?
Our next destination is Siem Reap, Cambodia. We can’t wait to go see the temples of Angkor Wat! If you haven’t heard of them, go do a Google image search, and recall that Angkor Tom was featured in the movie Tomb Raider. These are huge Khmer temples built in the 12th century, and by all accounts they are just simply mind-blowing to behold. We are extremely excited.

Thanks Rachel and Jeff, your trip sounds amazing and we can’t wait to see more photos!