The 10 Best Things to do in Prague

Europe / Czech Republic / Prague /
While searching for new travel destinations, did you check out Prague?

Prague is one of the most stunning cities in the world, full of old world charm and the place to be for castle hunters as the largest castle complex in the world is found here.

As the capital of Czech Republic, it is modern, progressive and its people are full of energy.

If you are searching for the best things to do for your 4-day itinerary in Prague, look no further as we show you 10 of the must dos in Prague!

The first stop has got to be the Prague Old Town Square. Having been to many old town squares all over Europe, the one in Prague has certainly left a deep impression, both for its expanse and the amazing architecture on display. 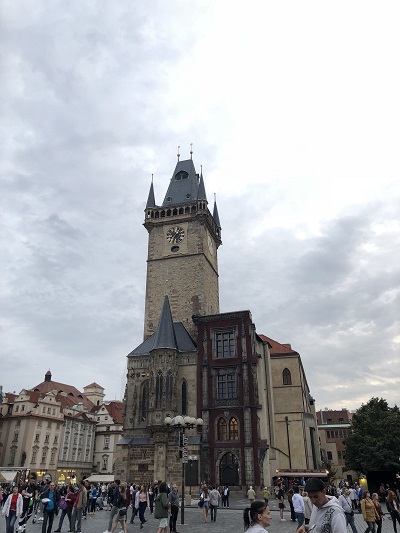 Standing prominently in the town square, you will find the towering statue of Jan Hus and his followers. His legend lives on in Prague, reminding people of how he became one of the most important Bohemian religious reformers.

Nearby, towering over the square are 2 beautiful medieval buildings, the Old Town Hall Tower and the Gothic Church of Our Lady over Tyn.

Both offer a sanctuary away from the chaos that surrounds the ancient trading place; within the Church, admire the intricate designs adorning the frescoes and walls, at the Hall Tower, climb your way up to the viewing gallery at 41 m to get a clear view of the beautiful Old Town around you. This is also the best spot to admire the asymmetrical towers of the Church.

After exiting the Hall Tower, be sure to swing around its side to take a peek at the world's oldest functioning astronomical clock, truly an engineering marvel. It has withstood the test of time and is still running since 1410.

Free walking tours frequently start from the Old Town Square, so you might want to check out one if you're in the area.

There is no lack of street art or graffiti in Prague, which is growing quickly and ever-changing, just like the John Lennon wall, situated along a quiet street in the castle district.

Here, you will find lots of fans and non-fans alike attempting to take their best selfie with a wall that is decorated with inspiring graffiti as well as music lyrics from Beatles songs.

It first came about shortly after Lennon's assassination and quickly became a place for people to voice out their thoughts and resentment against the government.

No matter how the wall was cleaned over, it quickly became filled up with poems, lyrics and even flowers on the sidewalk.

What's really unique about this wall is that it is always changing, so there's never going to be the same experience each time you visit. 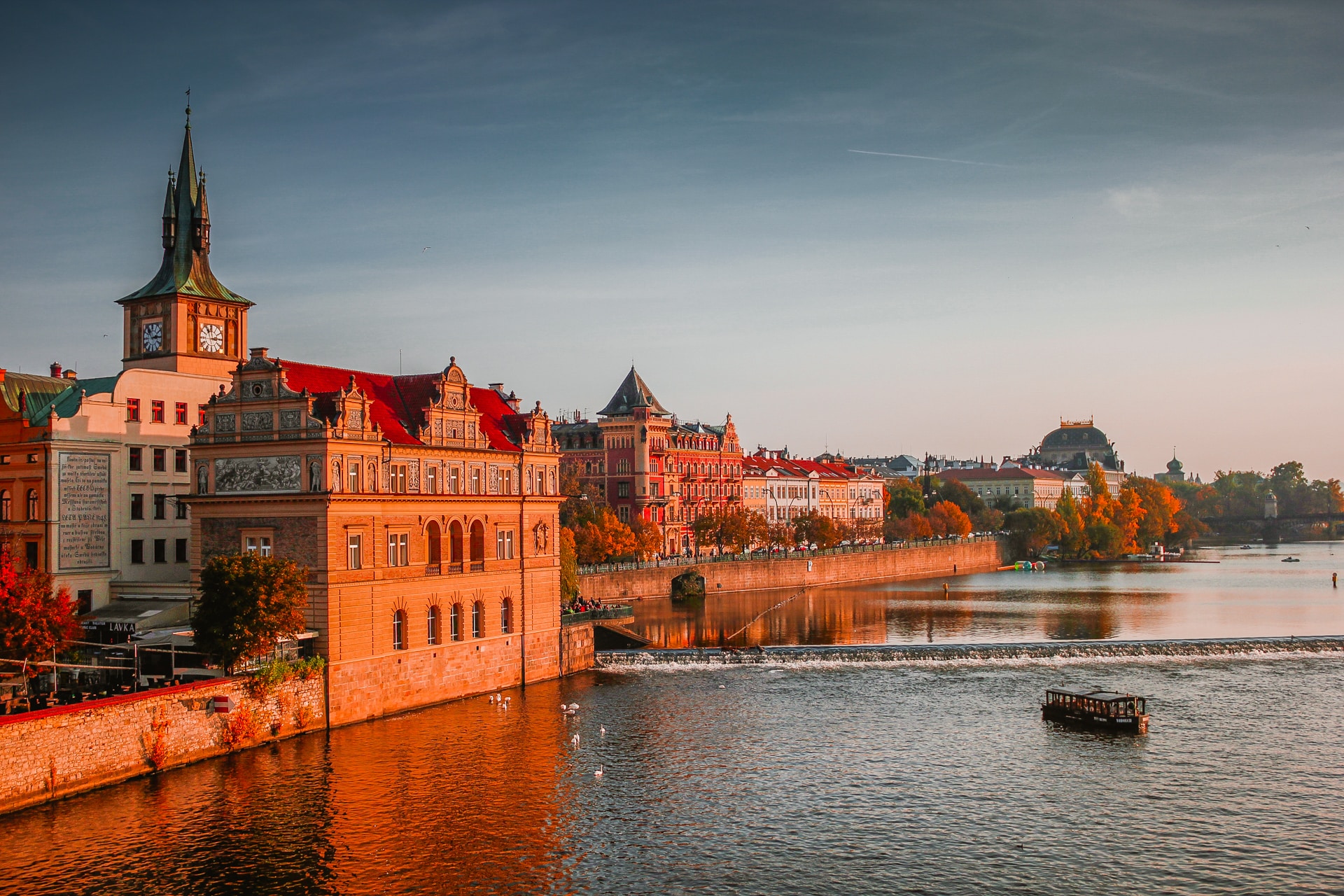 Explore the largest castle complex in the world right from its walls here in Prague. As the preeminent UNESCO World Heritage Site of the Czech Republic, this is certainly one of the best activities to do in Prague.

Go on a tour of the estate, where there are several circuits you can choose from to get a closer look: the St Vitus Cathedral, the Old Royal Palace, St George's Basilica, the unique Golden Lane with the Daliborka Tower. Or do it all by going on the full guided tour.

While we don't usually go on tours, it does make sense here since the tickets are included and the guide does a good job of explaining many different aspects of the gigantic palace.

You will want to make sure you have your camera ready, as there are so many gorgeous sights you will encounter.

Typically, you should expect to spend at least 3 hours here, whether you are on a tour or exploring on your own.

If you're one of those who enjoy watching changing of guards parades, there is one daily at 12 pm. Make your way to the first courtyard to see it.

One of the most iconic sights of Prague, the Charles Bridge is actually one of 17 bridges that line up on the Vltava River.

Take a walk along the river before getting on the bridge, which is flanked by 30 statues of religious characters such as St Joseph and St Wenceslas.

During its history, it was used as a link to get to the other side of the river, and is also part of the Prague Royal Route, which is the route where kings took during the coronation parade.

Fun fact: it used to be open for all modes of transport such as horse carriage and even buses, but was stopped due to the damage it was causing to the bridge in 1965.

Located in the southern part of the main Prague area is Vysehrad, yet another castle masterpiece, but this time hidden away from plain sight.

According to some records, this area is actually the oldest seat of the Czech royalty, and had been populated since the 10th century.

As far as locations go, Vysehrad occupies an enviable spot on a rock overlooking the Vltava River. This is one of the best spots to observe the city of Prague as well as discover treasures such as the Rotunda of St Martin and the original Baroque statues of Charles Bridge.

Consider signing up for a tour to get the full experience.

150 CZK to ascend the tower

If you looked around the skyline of Prague, you would be hard pressed to find something modern peeking out. However, right outside of the city boundaries lies an icon, designed and modeled after the world famous Eiffel Tower.

The Petrin Lookout Tower sits on the top of Petrin Hill, which is surrounded by a quaint and beautiful park. The park itself is worth a visit to get away from the hustle and bustle of downtown and enjoy a picnic during sunny weather.

After 299 steps to the top, you will be rewarded with a panoramic view of the whole of Prague, and is limited only by as far as your eyes can see.

Housed in a neo-Renaissance building from the 19th century, the National Museum is home to one of the greatest collections of Czech history, from science to education.

Within it, you will find 5 different sections, each covering a specific subject.

Everything from the arts to historical events are well covered by the exhibits, and you can easily spend a number of hours here admiring the handiwork of the curators.

River Cruise along the Vltava

The river has a close relationship with the city of Prague, forming an integral part of its history and becoming a focal point of its development.

In general, the quality and standards of the river cruises here are extremely high, something that we cannot say for sure in some other cities.

As you are cruising down the river, you will be able to appreciate some of Prague's famous sights from a distance, while enjoying the sumptuous buffet spread that usually comes with the package.

A guide will provide commentary during this time, offering an insight of how these buildings evolved with time.

Although it does not look as grand or medieval as most town squares, and in fact it is technically not even a square, more of a boulevard, Wenceslas Square has an important place in the history of Prague.

As the site of several large scale demonstrations as well as celebrations, the last major incident was back in 1989, when the Velvet Revolution took place. When the dust settled, Czech Republic was born.

Today, you should come here to soak in the lively atmosphere, as it is the area with one of the heaviest foot traffics in all of Prague. On both sides of the street, you will find several cool cafes and restaurants, as well as international brand names amongst them.

At the end of the boulevard is where you will find the National Museum, capping off a wonderful walking experience through the busiest street in Prague. 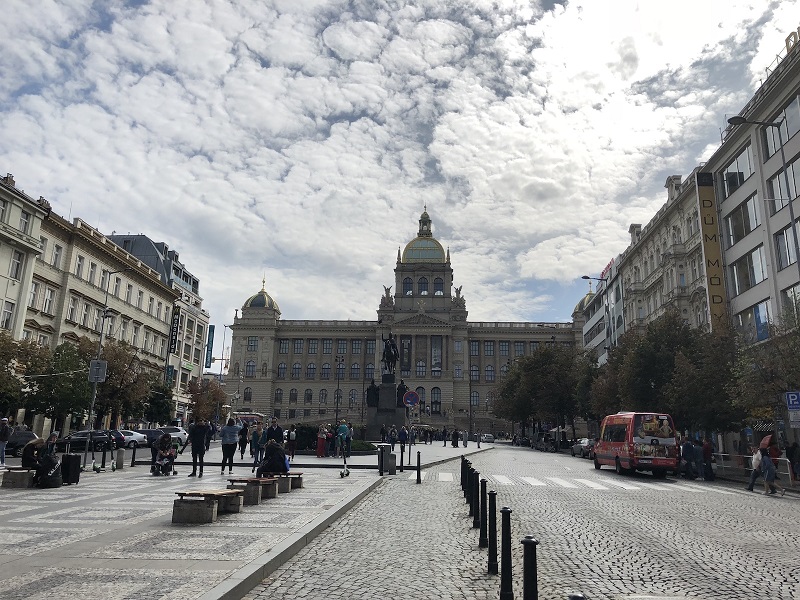 And lastly, it wouldn't be right if you visited Prague and never tried its beer. After all, Prague is synonymous with beer, as the world's largest consumer of the golden liquid.

In Prague, you're never far away from a tipple, and the choices are so almost endless.

We enjoyed so many of them, but when it came down to choosing the best, we had to go with Letna Beer Garden.

Set in a beautiful and leafy public park, take your drinking experience outdoors where you can soak in the sunshine and taste some of the best beers Prague has to offer. Pair that up with a great view across the river to Prague Old Town, and you have got a winner!

There are wonderful cities to visit in Europe, and then there is Prague. You can easily spend a week or two here, but you can also enjoy a weekend in town, basking in the romantic and old world charm while feeding yourself contemporary Czech cuisine.

If you're looking for an affordable place to stay, check out one of Prague's best hostels here, or one of the best party hostels in Prague here.

There's never a dull moment, as Prague keeps you occupied no matter the type of activities you enjoy the most.

Do yourself a favor, put this on your bucket list and strike it off before the rest of the world discovers it!

My name is Shang, and I am one half of ZipUp&Go travel blog. We help travellers out with useful trip planning tips and made-for-you travel itineraries so that you will save loads of time and money! You can find us on Pinterest, Instagram, and Facebook!